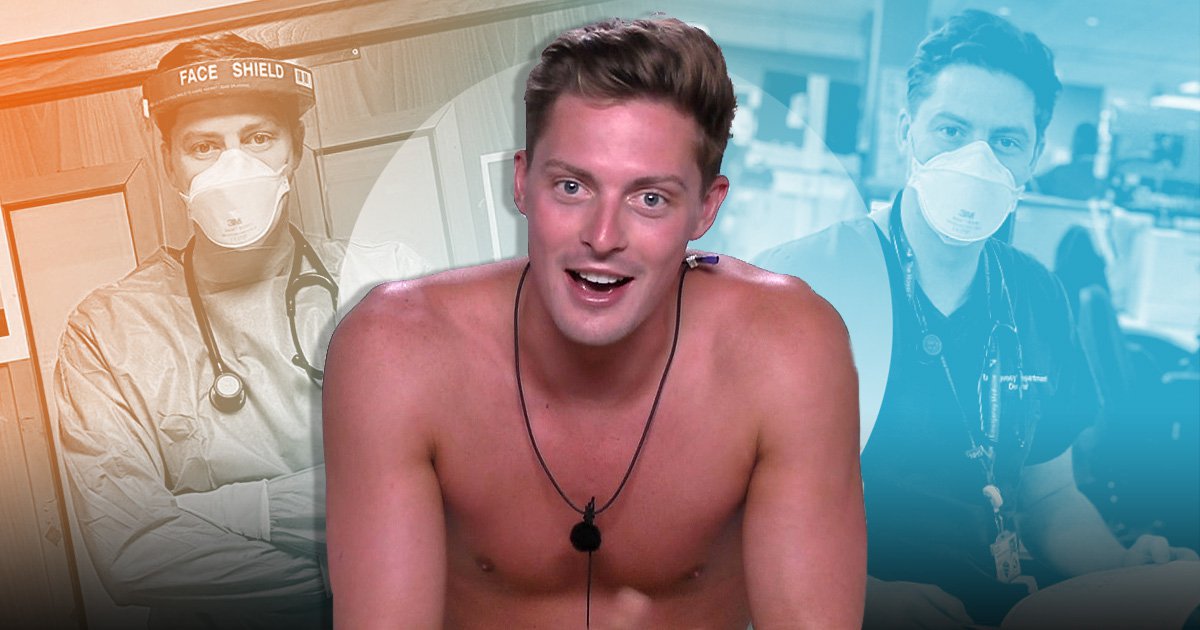 Think what you will of Dr Alex George’s antics in the Love Island villa, but I’ll fight anyone who doesn’t think he’s doing a ruddy brilliant job of influencing right now.

Alright, ‘fight’ might be a bit dramatic, but I shall insist very passionately we should judge him not for his reality show history right now, but for his sheer schooling of his influencing cohort on what it means to show the kids the right thing.

As his reality TV chums continue to bury their heads in the sand in Dubai, where they’re insisting they’ve travelled for ‘business’ (not sure why these stars couldn’t post snaps of them posing in their pants with a hair straightener on a bed from the UK, but anyway) Dr Alex is using his platform for good.

I’ll agree it’s a stark departure from how I felt about Dr Alex in 2018 when he, hmm where do I begin, was accused of playing the victim, while also showing a sense of entitlement when he wasn’t picked over other contestants. Oh, and that time he ‘grabbed’ Alexandra Cane’s hand and popped it into his trousers. Or when he clearly fancied a car more than his gorgeous date, who was clearly into him and thought he returned the same affection.

When he was on the ITV2 dating show, cast as the quiet-thinking doctor in a sea of Instagram models and flexing PTs, he sadly failed to rally the nation after leading Alexandra down a path before unceremoniously dumping her and thus, he was put in the box of ‘f**ckboys from Love Island’.

After his unsuccessful bid for love he dipped his toe into the Instagram game, much like all the rest did – basically, just posing next to a lot of cars, on red carpets and on the kind of tropical holidays his reality star mates are still going on.

But we didn’t really care, did we?

The sour taste in our mouths from his Love Island stint was still raging and we weren’t ready to believe there was a case for redemption. You could say we were Tyra Banks and we were ‘ALL ROOTING FOR HIM’ in the beginning.

A couple years pass, Dr Alex hardly crosses our minds and then BAM coronavirus came around and suddenly, problematic Alex became Dr Alex and, well, now I think it’s safe to say he has done one hell of a 180 in the minds of many.

Now, speaking to mates and colleagues it’s clear some of them cannot shake their impression of him from Love Island, and I won’t try to make you, either – it’s bang on to still feel he’s a bit of a prat for his behaviour in the house – but I also am a firm believer in people being able to change and evolve and I suppose that’s why I’m here shouting about a Love Islander.

From his YouTube videos throughout the pandemic showing us the grim reality of overworked nurses and doctors in crowded hospitals amid the Covid-19 pandemic, to his TikTok videos where he shares short informative clips on various health conditions and symptoms, this is the kind of content that is helping – not a discount for Boohoo.com.

This week he was appointed by Prime Minister Boris Johnson – after imploring the PM to chat with him on his social media – as the government’s mental health ambassador, solidifying the amazing work and advocacy he’s done since the tragic death of his brother, Llŷr, who was at the beginning of training to be a doctor when he died by suicide last year.

Oh yes, he has been working on the frontline for the NHS, keeping us abreast of what it’s truly like in the hospitals and encouraging us to hold one another up through what has proven to be a terribly tough lockdown for many while he’s dealing with the unimaginable grief of losing his little brother.

What he’s done in the past year has trumped the collective work of the vast majority of influencers who have followed the same path as Dr Alex in reality TV recognition, but it’s his latest mental health ambassadorship that has truly cemented, to me, at least, that this is finally a lad that is worth celebrating.

Other influencers can moan about being targeted by us angry people in lockdown, so mind-numbingly done with hanging out in the same four walls day in, day out, as they insist they’re writhing around on Jumeirah Beach in the name of work, but finally what we have here is an influencer who is properly showing some darn influence.

He may have rubbed us up the wrong way in 2018, but I’ll take his reformed brand of influencing in 2021 over any sodding Insta-model on a camel in the UAE any day.