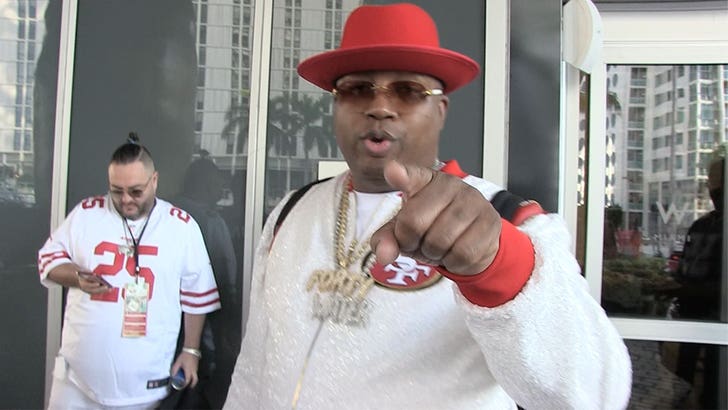 E-40 has a little treat for the San Francisco 49ers after Super Bowl LIV — a bottle of his very own tequila for everyone on the staff … who he thinks are gonna kill it.

We got Forty Water in Miami Sunday just hours before kickoff, and he was decked out in some fresh Niner gear, custom chain included. Our photog asked if he bet on the game at all, and 40 says he didn’t … even though he made a proposition to them right on the spot.

If the team beats the Chiefs, the Bay Area legend’s got a bottle of his very own E. Cuarenta tequila for each and every person in the locker room. And, if they lose … the homie’s still gonna hook them up!!! That said, he very strongly feels they’re about to take this.

There might be more on the line for the squad if they pull through with a victory … 40 says he’d even consider putting them in a music video of his. It’d be a lot of heads, but he’s got experience with bigger production videos and tons of extras.