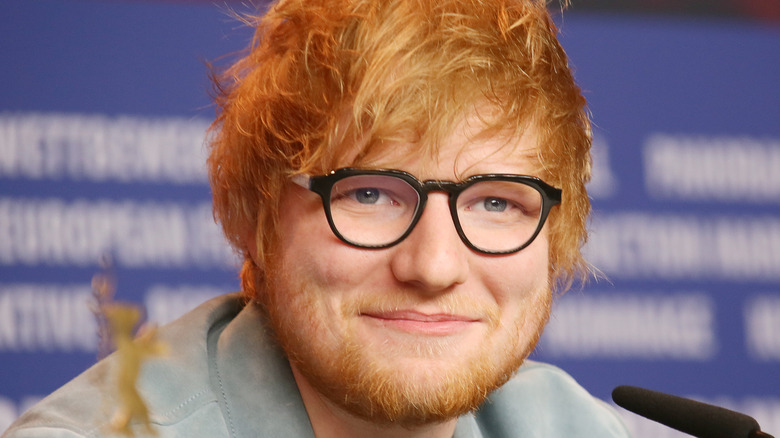 Ed Sheeran is one of the most beloved and talented musicians of his generation. Ever since the release of his 2011 debut album, “+” (pronounced “Plus”), topped the Billboard 200 chart at No. 5 (via Grammy), fans have been obsessed with every aspect of the singer-songwriter’s life. And although Sheeran has kept his private life mostly under wraps, the four-time Grammy winner (and 14-time nominee) has given fans momentary glimpses of his personal life with childhood friend and now-wife, Cherry Seaborn, over the years.

The couple were first linked in 2015 after being spotted in New York City together, and in January 2018, Sheeran took to Instagram to reveal that he and Seaborn had gotten engaged, writing, “Got myself a fiancé just before new year. We are very happy and in love, and our cats are chuffed as well xx” (via Us Weekly). The following year, it was revealed the couple quietly tied the knot in a private ceremony at Sheeran’s Suffolk country estate shortly before Christmas in 2018 after months of secret wedding rumors hit the tabloids.

“Ed got married a few days before Christmas. It was very quiet – just Ed’s oldest school pals, limited family and the priest,” a source close to Sheeran dished to The Sun. “There were only 40 people – so no Taylor Swift, record company executives or any royals or pop star pals. He wanted no fuss and he wanted it to be something entirely for them – just a tiny winter wedding.”

Ed and Cherry welcomed their first child together 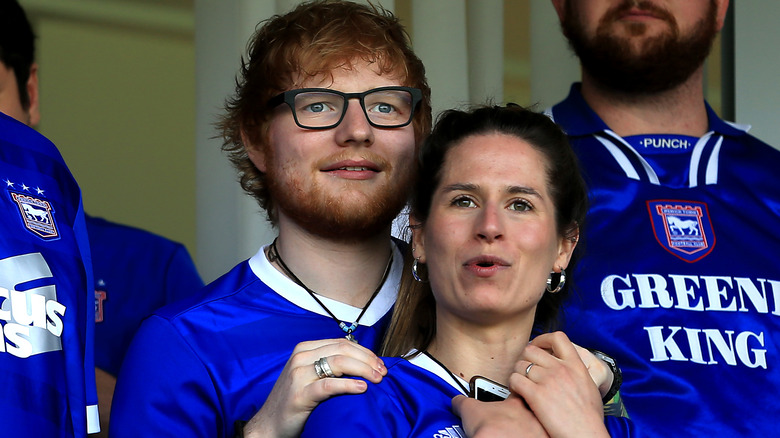 Ed Sheeran shared delightful news via Instagram in September 2020, a few weeks after his daughter’s birth, writing, “We are completely in love with her. Both mum and baby are doing amazing and we are on cloud nine over here. We hope that you can respect our privacy at this time. Lots of love and I’ll see you when it’s time to come back, Ed x.”

Nearly a year after the birth of their baby girl, who they named Lyra Antarctica Seaborn Sheeran, the “Shape of You” singer opened up about fatherhood and how his life has changed since he and Seaborn welcomed their little bundle of joy. “Well, I became a dad and I feel like my lifestyle shift has changed. Instead of going to bed at six [a.m.], I’m getting up at four,” Sheeran told James Corden during an appearance on “The Late Late Show” on June 2021 (via People).

“It just feels like what life was meant to be. It’s great. My days are structured,” he continued, adding, “I’m healthier than I’ve ever been. I’m exercising every day. I’m spending so much time at home making the record. Yeah, I feel like a human being. It’s good.” 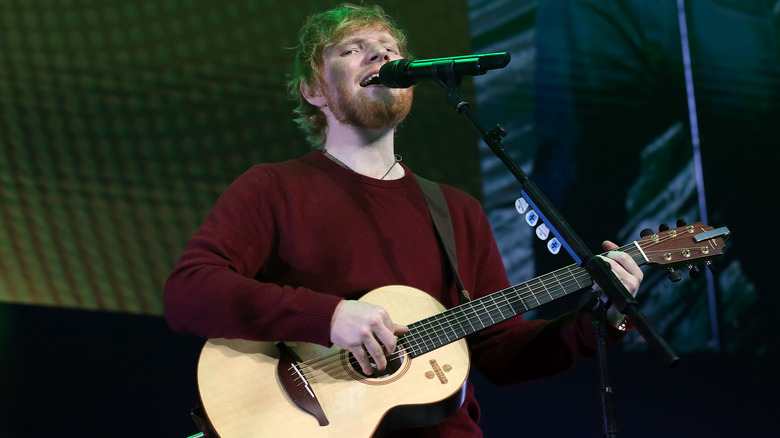 “I actually didn’t touch the guitar for months after my tour finished,” Sheeran explained, referring to his “Divide” tour, which ran from 2017 to 2019, according to People. “I kind of had a crisis of confidence of like, I wanted to not work, but then I was like, ‘Work is my hobby.’ So I basically had to find different things that I had as hobbies so it wasn’t just all [music.] So I didn’t touch a guitar for ages.”

However, inspiration struck the singer after Lyra was welcomed into the world, as Sheeran told “The Late Late Show” host James Corden. “Actually, when Lyra was born, that’s when I picked it up again and started singing to her,” the “A Team” crooner admitted, adding, “I was brought up on traditional Irish folk music and being able to sing trad songs to her was really, really sweet.”

In February 2021, Sheeran teased fans with the upcoming fourth installment of his series of albums, telling his Instagram followers to expect the album, which will likely be named “- (Minus),” later this year.