The Mother of Dragons is heating things up on the Emmys red carpet. Emilia Clarke arrived to the annual awards ceremony this evening wearing a plunging navy blue gown by Valentino. To accent the sexy look, she wore her hair down in a center part and colorful drop earrings. 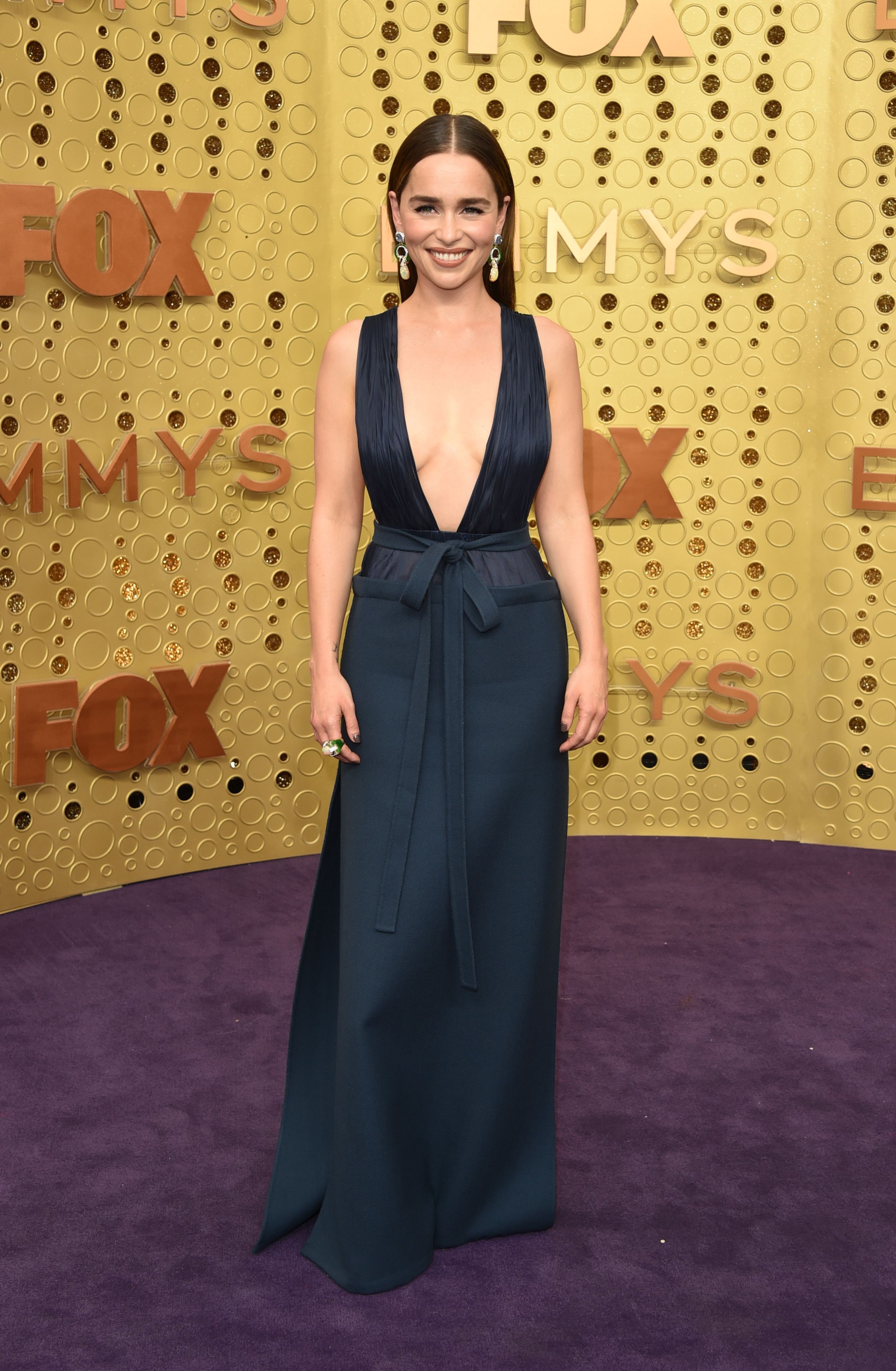 Clarke is presenting an award tonight, but more importantly, she’s nominated in the Lead Actress in a Drama category for her portrayal of Game of Thrones’ fan-favorite-turned-dictator, Daenerys Targaryen. This is her first nomination in the category, but she’s been in the running for the Best Supporting Actress in previous years.

Despite the uproar over the series finale, fans widely agreed that Clarke delivered a fierce, Emmy-worthy performance of Daenerys’s evil turn and downfall. She faces serious competition in the Lead Actress pool, though. Sandra Oh (Killing Eve), Jodie Comer (Killing Eve), Viola Davis (How to Get Away with Murder), Laura Linney (Ozark), Mandy Moore (This Is Us), and Robin Wright (House of Cards) are also vying for the title.

Her co-star Kit Harington is also nominated in the Lead Actor in a Drama category for his portrayal of brooding warrior Jon Snow. Overall, Game of Thrones earned a historic 32 nominations this year, and already took home 10 trophies at last weekend’s Creative Arts Emmys.

Now that GoT is over, Clarke already has another project to look forward to: Last Christmas, a lighthearted holiday rom-com co-starring Henry Golding, Michelle Yeoh, and Emma Thompson. The prospect of any dragon cameos seems unlikely.