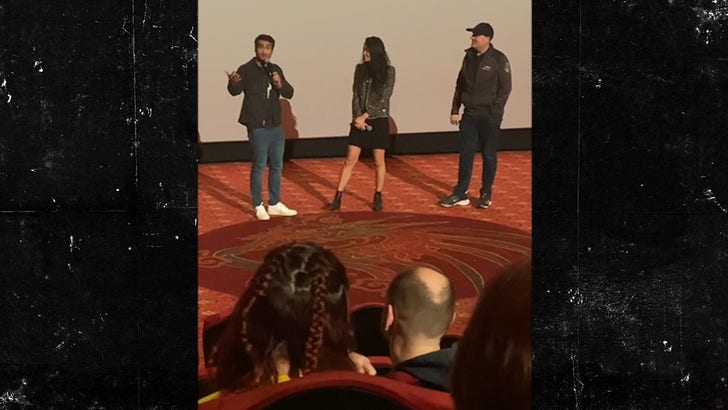 Kumail Nanjiani came out of left field to surprise some moviegoers who were just settling in to watch him in “Eternals” … and we’ve got his impromptu speech on video!!!

Kumail, who stars as Kingo in the new Marvel movie, was the surprise guest “Eternals” director Chloe Zhao introduced to the lucky folks who went to check out the flick Friday at the famed TCL Chinese Theatre in Hollywood.

As you can see in the video … the crowd goes wild when Kumail walks out in front of the massive IMAX screen … where he’s joined by Chloe and Marvel Studios honcho Kevin Feige.

It’s pretty funny … Kumail tells the folks in the room he’s usually the guy getting his butt kicked by the buff guys in the film, but this time the tables are turned!!!

Jokes aside, Kumail also shares why he’s still pinching himself and why he’s a fan of the MCU like the rest of the moviegoers in awe of his celebrity.

Hopefully, the fans enjoyed the flick more than critics — it’s scored a meager 47% with Rotten Tomatoes. Then again, audiences rated it at 80%, soooo … go figure. 🤷🏽‍♂️