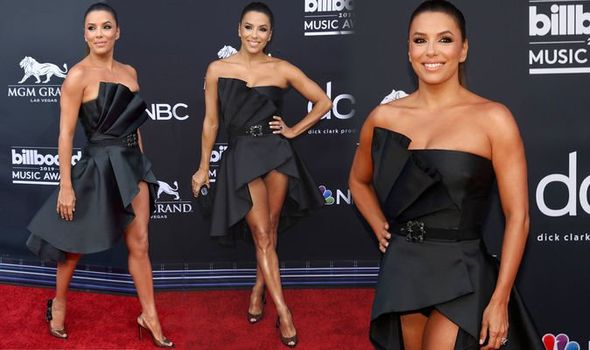 The American actress walked the red carpet in an extremely short mini dress which put her toned and tanned pins on full display.

Victoria Beckham’s pal looked sensational in a strapless black number, however seemed oblivious to the embarrassing wardrobe malfunction she was suffering as she posed for pictures at the star-studded award ceremony.

The former Desperate Housewives star unwittingly flashed her knickers in the daring dress which featured a much shorter hemline at the front.

Eva, who wore her hair swept away from her face in a sleek style, smiled for the cameras with her hands on her hips as she made her way into the arena.

She teamed her dress, which featured a fan-like piece of fabric on the bodice, with a pair of peep-toe black heels with bows on the ankle.

The mother-of-one emphasised her pretty features with a sweep of black eyeliner, lashings of mascara and gold shimmery eyeshadow worn with nude-coloured lips.

She added a pop of colour to her look with a large blue ring on her finger. 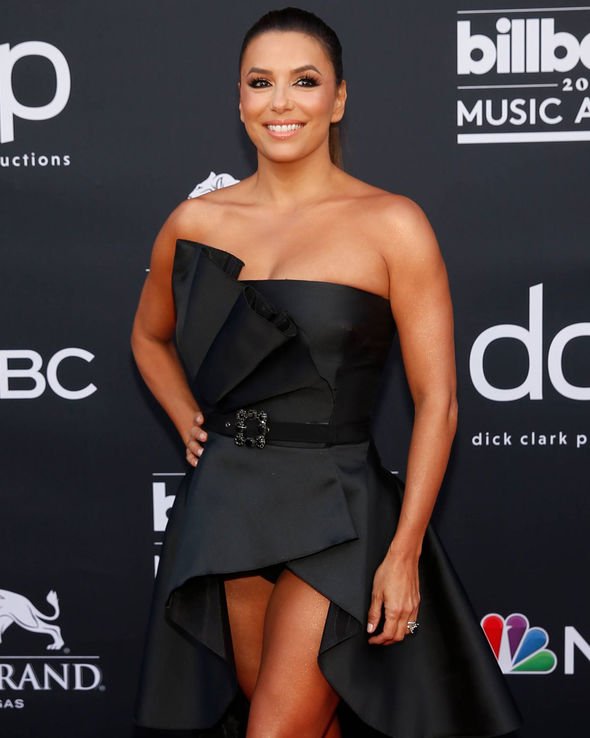 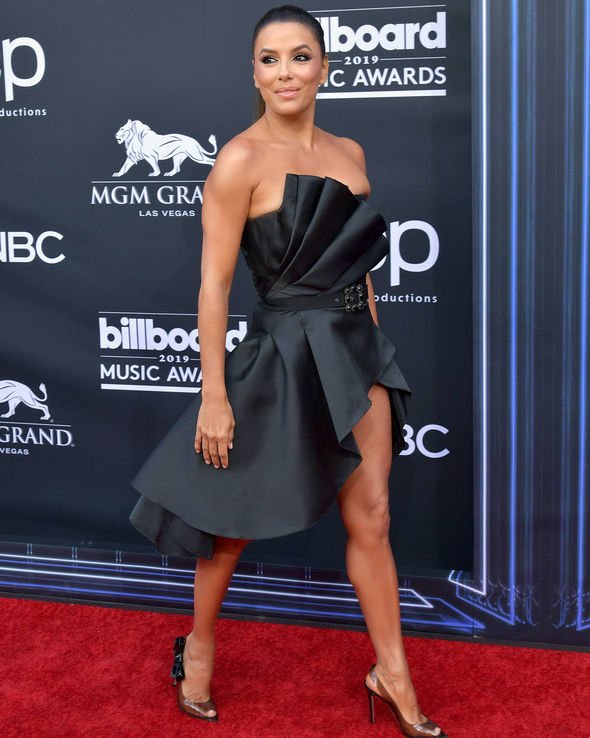 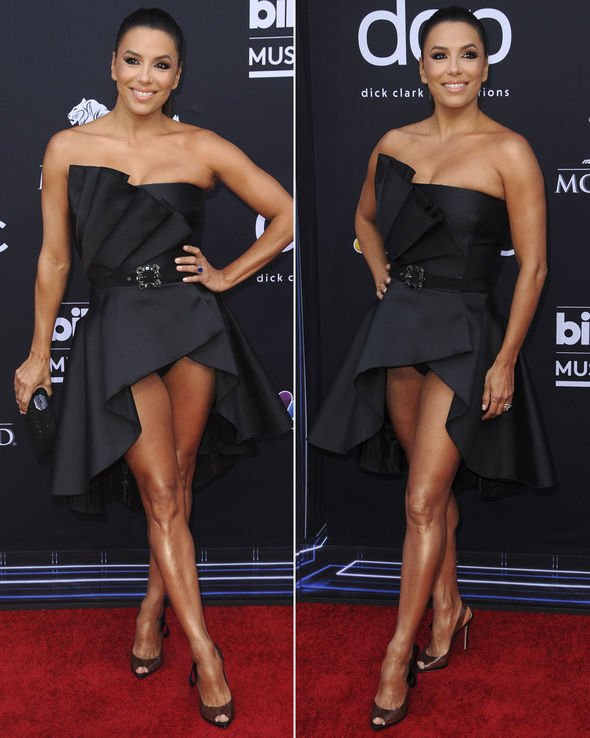 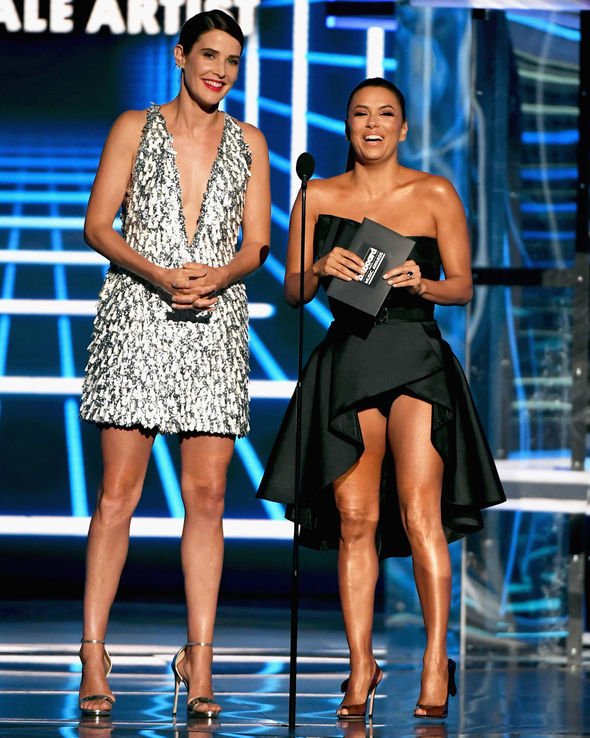