Bravo star Amrit Kapai revealed that he’s mourning the loss of his grandmother, whom he called Nani. The “Family Karma” star announced her death in an emotional Instagram post where he also shared his thoughts about recently telling her that he’s part of the LGBTQ+ community. Amrit wrote, “I recently came out to my Nani. She passed away this morning. I’ll always wonder if I did the right thing.”

The reality star included several photos and videos of his grandmother over the years and acknowledged just how much she meant to him. He added, “Towards the end, my Nani must’ve felt so insignificant. If only I could explain to her, ‘Nani, you were far from insignificant. You are the Goliath that I will always love and remember.'” He continued, “Even this last chapter of your incredible life will have a lasting impact on so many people.”

Some of Amrit’s “Family Karma” costars took to the comments section to offer their support. Vishal Parvani wrote, “So sorry brother. Nani was the strongest woman,” while Bali Chainani commented, “You brought her nothing but joy and then made her everyone’s Nani.” Shaan Patel wrote, “What an incredible matriarch. She lived an incredible and loving life.” It’s clear that Amrit has the support of his costars but still questions if he had his grandmother’s support after coming out. He concluded his post, “I hope I never caused you any sadness” which is something fans watch him struggle with while on “Family Karma.”

Amrit Kapai says it was 'tough' coming out to his grandmother 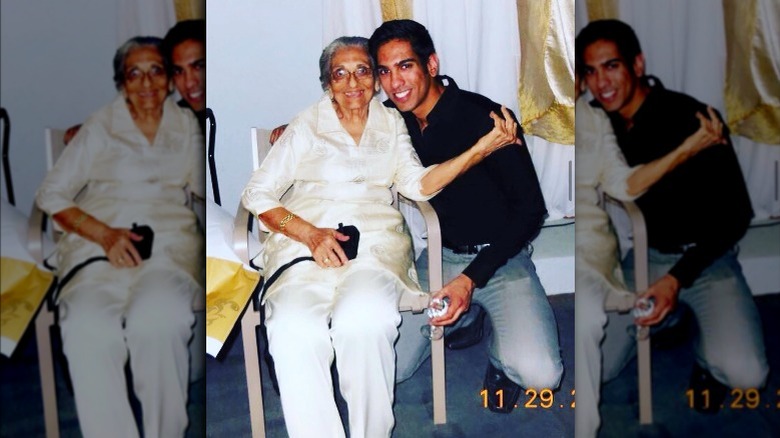 “Family Karma’s” Amrit Kapai announced his grandmother’s death on his Instagram, while reflecting on his decision to come out to her. Fans of the Bravo reality show know that Amrit had struggled with whether or not to tell his grandmother he idenfities as LGBTQ+ before he proposed to his longtime boyfriend, Nicholas Kouchoukos.

Amrit told People that the conversation with his grandmother “went as well as it could,” adding, “It’s one of those moments in life that you sort of just blackout while you’re having the conversation.” He continued to recall, “At one point, I didn’t realize the cameras were even there because all I’m focused on is her face and trying to select the words.”

Get in touch with Deidre Every problem gets a personal reply, usually within 24 hours weekdays. Send an email to [email protected]un.co.uk You can also send…