Nearly one month after being arrested for her alleged participation in a nationwide college admissions scandal, Felicity Huffman is finally speaking out.

“I am pleading guilty to the charge brought against me by the United States Attorney’s Office,” Huffman, 56, said in a statement on Monday, April 8, shortly after it was announced that she would enter a guilty plea. “I am in full acceptance of my guilt, and with deep regret and shame over what I am done, I accept full responsibility for my actions and will accept the consequences that stem from those actions.” 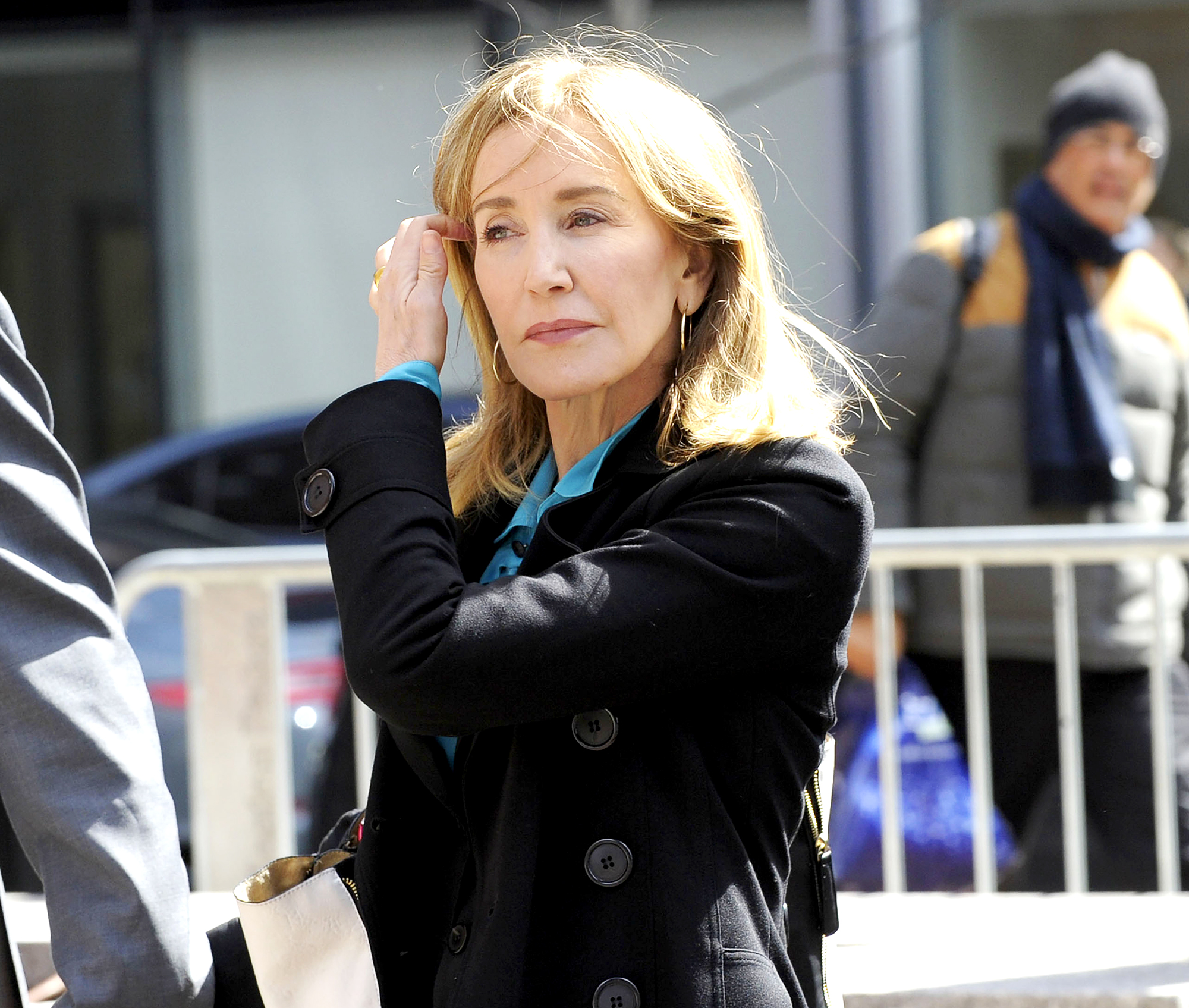 The Desperate Housewives alum continued, “I am ashamed of the pain I have caused my daughter, my family, my friends, my colleagues and the educational community. I want to apologize to them and, especially, I want to apologize to the students who work hard every day to get into college, and to their parents who make tremendous sacrifices to support their children and do so honestly.”

Huffman, who allegedly “made a purported charitable contribution of $15,000” to help her eldest daughter, Sofia Macy, get into a prestigious university, also explained that the 18-year-old was not aware of the scheme.

“My daughter knew absolutely nothing about my actions, and in my misguided and profoundly wrong way, I have betrayed her,” the Golden Globe winner added. “This transgression toward her and the public I will carry for the rest of my life. My desire to help my daughter is no excuse to break the law or engage in dishonesty.”

The Cake actress was arrested by several armed FBI agents on March 12 for her alleged involvement in the educational plot. Her husband, William H. Macy, stood by her side as she willingly turned herself in and was later released on a $250,000 bond. The couple also share 17-year-old daughter Georgia.

Huffman was charged with conspiracy to commit mail fraud and honest services fraud and appeared in federal court on Wednesday, April 3. That same day, Lori Loughlin and her husband, Mossimo Giannulli — two of the nearly 50 people who were arrested for their alleged participation in the scandal — faced Magistrate Judge M. Page Kelley.

The judge told Huffman, Loughlin, 54, and Giannulli, 55, and the other defendants who appeared in court on April 3, that they face a maximum sentence of 20 years in federal prison, three years probation and a $250,000 fine.

A source explained to Us Weekly earlier this month that Huffman’s lawyers “are already in discussions with the United State’s Attorney’s Office for a resolution to this nightmare.” The insider continued, “Felicity is hoping to avoid any prison time and would agree to plead guilty to not burden taxpayers with a long trial.”