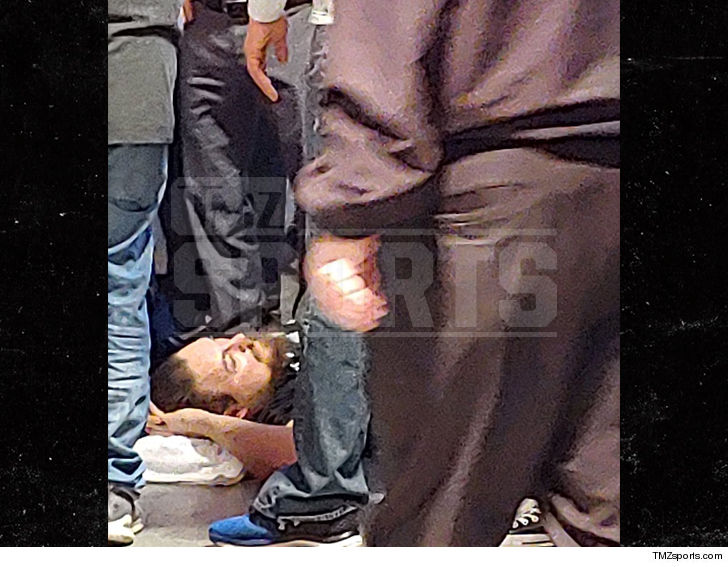 Big Cass had to be rushed to a hospital after collapsing and suffering a seizure at a pro wrestling event — but several fans thought the drama was just part of the show.

Cass was scheduled to wrestle Saturday at Tommy Dreamer‘s House of Hardcore event in Philly. Several fans tell TMZ Sports … the former WWE star was about to sit down for a fan meet and greet when the seizure began. We’re told BC went down hard and was convulsing on the ground.

While one person did yell for medical attention, most of the fans stood around expecting another wrestler to charge into the scene. We’re told they thought it was part of the show — which also featured, David Arquette, BTW.

Luckily, medics and a doctor responded, the seizure subsided … and it appears he did not hit his head when he collapsed. Big Cass was released from the WWE earlier this year, allegedly due to issues with alcohol. Dreamer told fans the seizure was not the result of substance abuse.

Cass wasn’t able to wrestle, as scheduled, but he was awake and alert when he was transported to a hospital.

We’re checking for an update on his condition.