Dwyane Wade and Gabrielle Union have been married for seven years – and they’re just getting started! The two celebrated their anniversary with sweet tributes and one hell of a party!

“Ain’t No Stoppin Us Now,” wrote Gabrielle Union at the start of her Aug. 30 Instagram post in honor of her and Dwyane Wade’s seventh wedding anniversary. Gabrielle’s video (click here to watch) was a “greatest hits” compilation of the past seven years, from their 2014 wedding day to the vacations taken with their kids —  Zaire, 19, Zaya, 14, Xavier, 7, and 2-year-old Kaavia – all soundtracked to “Ain’t No Stoppin’ Us Now,” by McFadden & Whitehead. “7 years and a lifetime to go,” added Gabrielle, 48, in her message. “My best friend, the coolest homie, mentor and inspiration, my love, my husband. I [heart] you @dwyanewade Happy Anniversary, baby.”

Dwyane, 39, responded on his Instagram Story, saying that the last “7 years was light…LFG!” It seems he was ready for the next seven years of their marriage, and he wasn’t the only one. Both his and Gabrielle’s IG Story was full of well-wishes from friends, all celebrating their anniversary. Judging by the videos they shared, the Wades’ party in Paris included fine dining, plenty of friends, and a private performance from Robin Thicke.

In honor of this occasion, Gabrielle and Dwyane have been living it up over in Europe – and sharing all their adventures on Instagram. On Friday (Aug. 27), Gabrielle posted a slow-motion video of her on a boat, showering off after a swim. “Someone bring me a glass of [water],” she captioned the video, which featured “Coming In Hot” by Andy Mineo and Lecrae. Two days before this thirty thirst-trap, Dwyane shared a series of photos of him getting close to his wife while they both were aboard a yacht. A day before that, Gab posted a video of her snuggling with Dwyane while they cruised around Corsica. Apparently, the NBA champ couldn’t keep his hands to himself, and the video showed him grabbing his wife’s butt. She didn’t seem too upset by that. 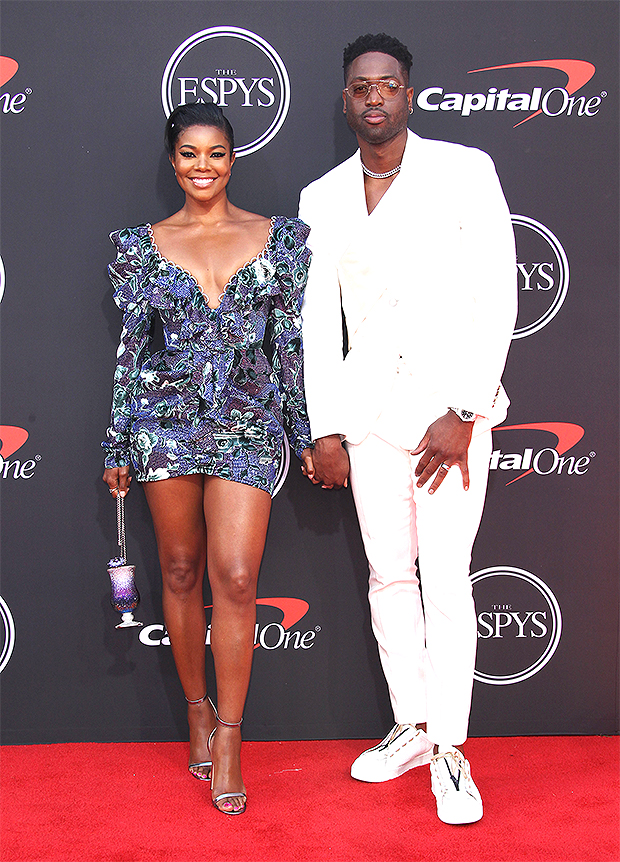 The couple seemingly kicked off this #WadeWorldTour in late August, traveling throughout the Mediterranean while wearing next to nothing. On Aug. 20, Gabrielle and Dwyane took a ride on a giant inflatable flamingo, sipping a bit of the bubbly while bobbing along the waters of the Almafi Coast. It’s unclear when this vacation will come to an end, but judging by how committed these two are to their love and marriage, expect plenty more #WadeWordTours in the future.