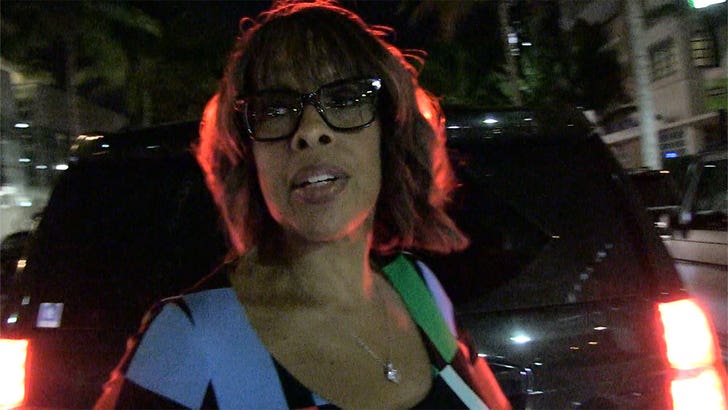 Gayle King doesn’t seem surprised in the least that R. Kelly‘s ex-girlfriend is now confessing she lied to the CBS anchor, but more importantly … she wishes her well in her recovery.

We got the longtime news personality Saturday night in Miami and asked about Azriel Clary recently giving a tell-all interview to The Sun … in which she completely flips on R. Kelly and says she lied to Gayle back in March of 2019 while characterizing their relationship.

GK says it’s not a bombshell to learn about the confession — sounds like she didn’t believe her at the time, even though Azriel was very forceful in denying any misconduct.

Check it out … Gayle tells us what she wants for Azriel going forward, and it looks like Azriel’s well on her way to getting to a good place as she reunites with her fam.

Interestingly, there’s no mention of Joycelyn Savage here — mostly ’cause there’s not much to say. As you know, she still seems to very much be in R. Kelly’s corner these days.