George H.W. Bush‘s state funeral is about to begin at the National Cathedral in Washington, D.C. … where his son — 43rd President George W. Bush — will be joined by the current and former Commanders in Chief.

Presidential funerals are always extraordinary for the rare gathering of ex-Presidents. Trump, Obama, Clinton and Carter are all there … and seated RIGHT next to each other.

Trump’s attendance was not initially a lock, but he reportedly decided to attend after discussions with the Bush family, and getting assurances he wouldn’t be bad-mouthed. Interesting to note, this is the first time Hillary Clinton and Trump will be in the same space since the election.

George W. will deliver a tribute, and 3 Bush granddaughters will read Bible passages at the funeral — Lauren Bush Lauren, Ashley Walker Bush and Jenna Bush Hager. The service is scheduled to begin at 8 AM PT, and we’ll be live streaming. 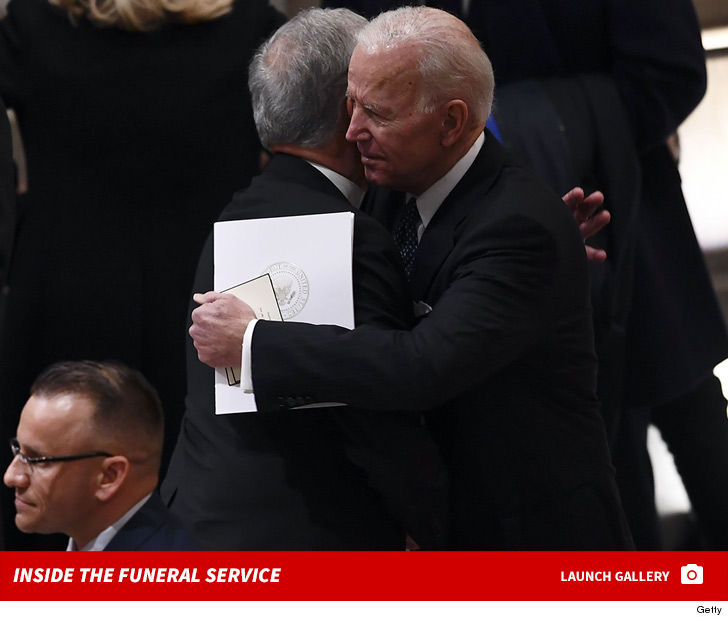 The former President’s body has been lying in State at the Capitol since Monday … and a steady stream of dignitaries, politicians and celebrities have shown up to pay respects.

Our 41st President died last Friday in Houston. He was 94.