Halsey Opens a New Window. bravely opened up about the time she considered prostitution when she was displaced prior to fame.

Along with celebrities such as Maddie and Mackenzie Ziegler, the “Bad at Love” singer, 24, was honored at Ending Youth Homelessness, a benefit for L.A.-based nonprofit and homeless youth center My Friend’s Place, on Saturday, April 6. As she graced the stage, she gave a moving speech about her own time living without a place to call home.

“I was homeless in New York,” she said at the gala, which took place at the Hollywood Palladium in Los Angeles. She then detailed the time she met Capitol Music Group’s Jeremy Vuernick, saying, “I had crazy hair, I had one demo in my pocket and I was carrying a gray duffel bag. … He asked, ‘What’s in the bag?’ I looked at him and said, ‘This is my house.’” 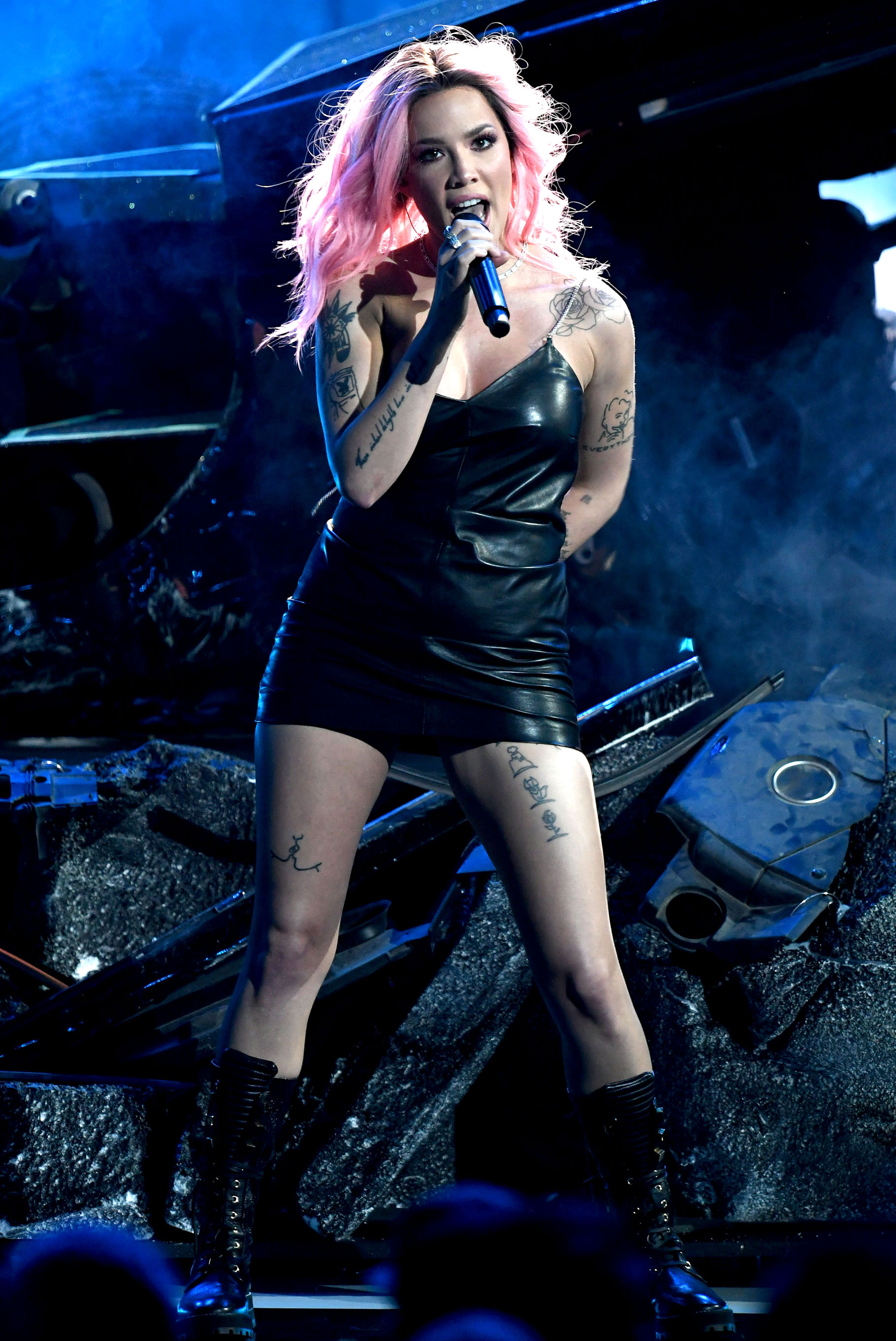 “[The homeless] epidemic is deadly,” the “Him & I” songstress continued. “It’s more than young people needing validation and needing people to listen to them — this is life or death.”

Halsey — who was kicked out by her parents after quitting community college at 19, according to a 2016 Rolling Stone profile Opens a New Window. — then got more personal with her story: “When I was living in New York, I was a teenager. My friends were picking out decorations for their dorms and I was debating on whether or not I should let a stranger inside of me so I could pay for my next meal.”

The Billboard Music Award winner added: “It wasn’t because I did something bad. It wasn’t because something was wrong with me and it wasn’t because my parents didn’t love me, because they did very much. But a series of unfortunate circumstances lead me to be in that position and it can happen to absolutely anyone.”

Despite her triumphs, Halsey doesn’t want the public to help the less fortunate because there’s a possibility they may reach stardom one day. She said, “While it’s very exciting that I am a record-selling, show-playing pop star, when I tell people that story, they go, ‘Oh, my gosh, you went from being homeless to being a pop star — that’s amazing. We should help these people because we don’t know what they could become!’”

The Hopeless Fountain Kingdom creator ended her captivating commentary with an announcement for the people who work at the nonprofit: “I’m treating every My Friend’s Place employee to a spa day! To rejuvenate their minds, bodies and soul[s], because I know how difficult it can be to give so much of yourself away every day.”

With reporting by Amanda Champagne