Hilaria Baldwin thinks Amy Schumer is funny… kind of. The 36-year-old mother of five took to Instagram Stories to respond to the 39-year-old comedian stealing the photo of Baldwin in her underwear, cuddling with her 3-month-old son, Eduardo, for her own pseudo holiday card.

Baldwin posted a screengrab of Schumer’s post, writing, “I literally had to have someone explain this joke to me… Still don’t get it 100%… but… I’ll like it. And I’ll comment some emojis.”

True to her word, Baldwin did comment a laughing crying face and two heart emojis. 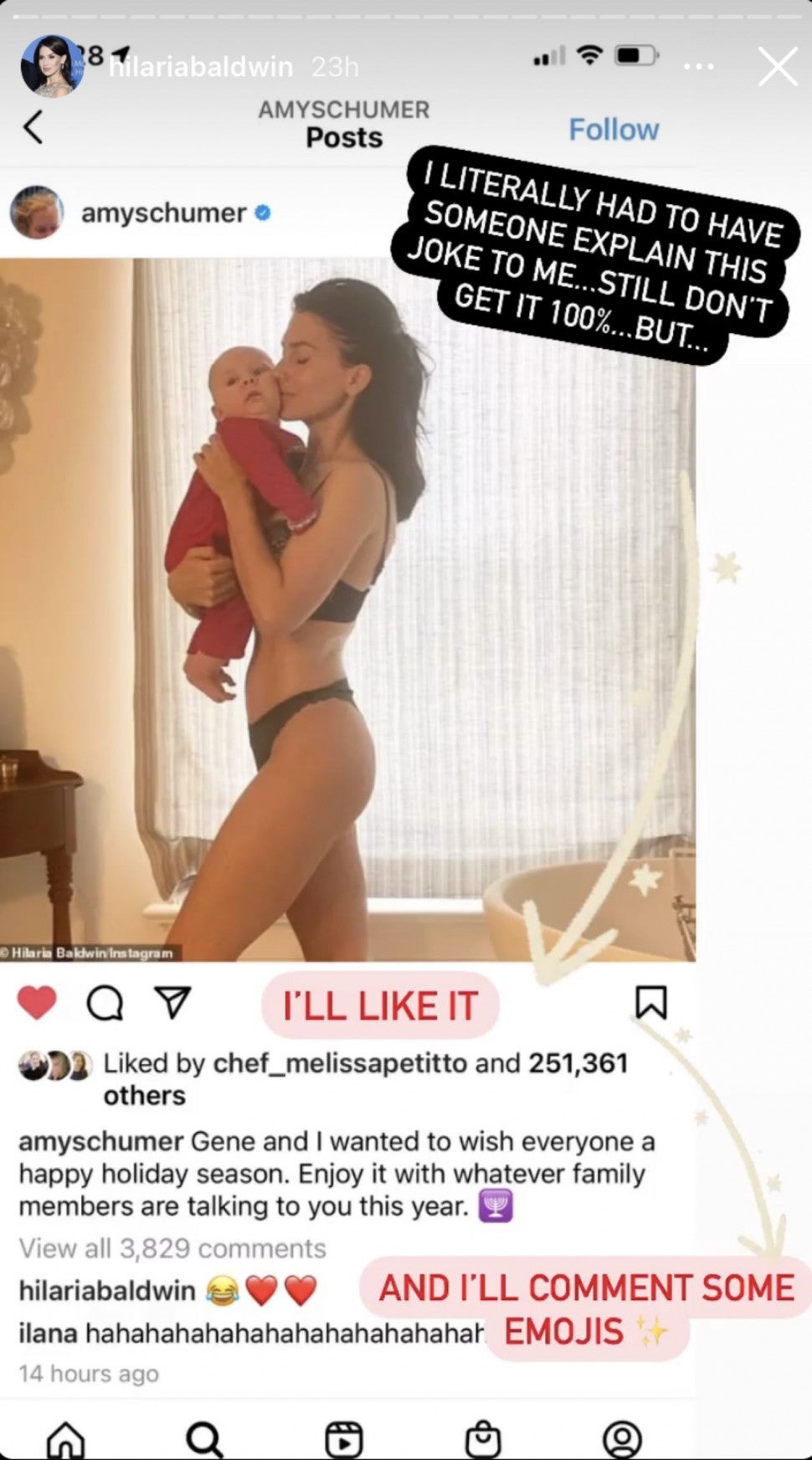 In Schumer’s post, she captioned the photo of Baldwin, “Gene and I wanted to wish everyone a happy holiday season. Enjoy it with whatever family members are talking to you this year. 🕎,” referencing her 1-year-old son, Gene.

Amy’s celebrity pals found the photo swap to be hilarious.

Debra Messing wrote, “I prefer you as a blonde. 😘,” and America Ferrera shared a crying laughing face emoji.

The original photo was shared by Baldwin after welcoming her and husband Alec Baldwin’s son, Eduardo.

“Post bath, getting ready for the day photo by Carmen ✨…can’t stop smelling this baby 😂!” she wrote of the photo snapped by her 7-year-old daughter.

Hilaria also got candid about struggling to watch her five kids as Alec is quarantined after working in the city.

“Today was probably one of the hardest days I’ve ever had being a parent,” she wrote on her Instagram Stories. “All good now — just you know: lots of wild kid emotions. Trying to stay calm throughout it all. It’s tough.”