This Morning presenter Holly Willoughby, 38, and Phillip Schofield, 57, were joined by journalist Dawn Neesom and reality star Dawn Ward on the show to discuss Meghan Markle and Prince Harry’s decision to step down from their royal duties.

This is not something I feel anyone needs to know

But, the chat soon turned to discussing their sex lives and married life after it was revealed that a third of women are not interested in sex.

Journalist Dawn turned to the Housewives of Cheshire star and asked: “If somebody said to you, ‘How many times a week do you have sex?’ Would you answer honestly?”

“That’s not bad,” her fellow guest chimed. “You’ve been married for a long time.”

“25 years this year,” Dawn clarified. “I fancy him more now than when I met him.”

Seeming shocked by her admission, Dawn N then turned to Holly to ask her about sex in her married life.

“Would you answer?” Dawn queried the host, who is married to Dan Baldwin.

Swiftly shutting the conversation down, Holly replied: “I’m not a part of this, this is not something I feel anyone needs to know.” 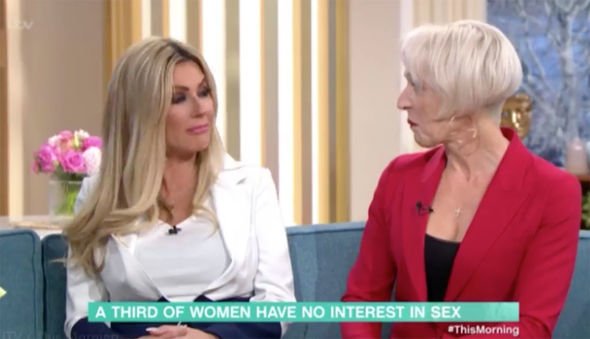 Dawn N added: “I think women even amongst other women have trouble being honest, even with their friends.”

The journalist’s comment prompted Holly to add: “I can be honest with my friends, but I’m not going to talk about it here.”

Dawn then tried her luck at getting answer from Phil, who also refused to discuss the topic.

The mother-of-three tied the knot with her husband in 2007. 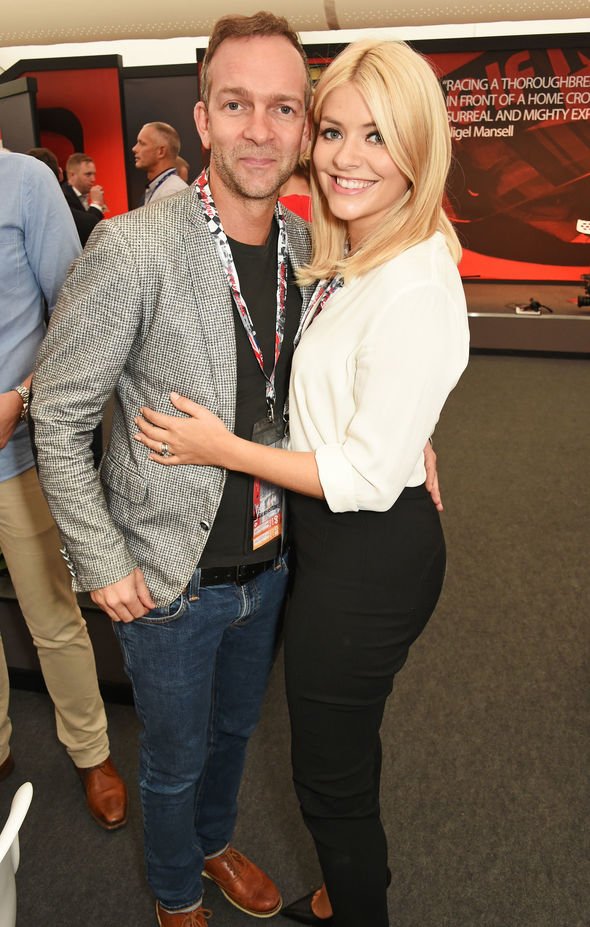 Holly rarely discusses her marriage publicly and tends to keep her family life out of the public eye.

However, in a rate interview back in 2016, she spoke out life with the production company owner.

Speaking to The Sun’s Fabulous Magazine, she said: “I always say to Dan we’re very lucky – we’ve got each other, family, a lovely home.

“He’s got his own production company, which is hugely successful… We’re very lucky, that’s for sure.”

She added: “And with everything else that’s going on, we still fancy the pants off each other! That really helps.”

Last year, Holly Willoughby also spoke out about the moment she first met her spouse at work.

Speaking on Shopping With Keith Lemon, she told the host: “I thought, ‘Oh my God, I’m going to hate this guy!’

“So you didn’t fancy him straight away?” Keith queried.

“No, not all,” she added. “He’d come from MTV and he was very cool for school and I was in the studio doing weird pirouettes and being stupid, and he looked at me like I was this wally of a person that was just doing spinning around.

This Morning airs weekdays from 10am on ITV.