Prince Harry and Meghan Markle made some bold claims during their interview with Oprah Winfrey that aired back on March 7. One of the most controversial things that they shared caused quite a stir within the royal family — and among the public. Meghan told Oprah that at least one person within The Firm brought up concerns over her then-unborn baby’s skin tone. There were “concerns and conversations about how dark his skin might be when he was born,” Meghan told Oprah, according to CNN. “That was relayed to me from Harry,” she added.

This particular concern got a direct response from the palace. “The issues raised, particularly that of race, are concerning. While some recollections may vary, they are taken very seriously and will be addressed by the family privately,” Queen Elizabeth said in a statement following the interview, according to CNBC. In the days that followed, a reporter actually caught up with Prince William and asked whether or not the royal family was racist. “We’re very much not a racist family,” William said, according to BBC News.

Flash forward six months and William and Kate Middleton may have found a way to address Harry and Meghan’s claims of racism. Keep reading to find out what the Duke and Duchess of Cambridge have done. 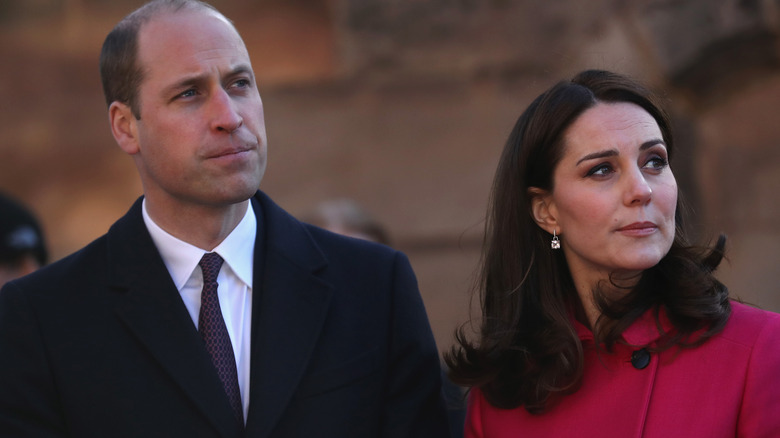 According to the Daily Mail, Prince William and Kate Middleton have taken steps to ensure that their foundation includes “more diversity among its workforce.” In the Royal Foundation’s annual report, the organization revealed that, while diversity has always been important, its focus is to improve in that arena. “The Royal Foundation remains committed to equality and diversity and to ensuring a positive, safe and respectful environment which promotes the wellbeing and dignity of its employees, applicants, partners, suppliers and those whose interests it represents,” the report reads, according to the outlet.

The Daily Mail was quick to link this report to Prince Harry and Meghan Markle’s previous claims that racism was alive and well within The Firm. Interestingly, the Royal Foundation’s annual report also stressed that the organization is dedicated to fostering a “mentally healthy workplace” by adding some “wellbeing initiatives,” according to the Daily Mail. This may or may not be in direct relation to Harry and Meghan’s concerns over mental health, which were brought up during their interview with Oprah Winfrey — and in Harry’s docuseries “The Me You Can’t See,” that is available on AppleTV+.

Whether or not William and Kate chose to make these items a priority within their foundation because of Harry and Meghan isn’t 100% clear. However, both of these initiatives seem positive for the Royal Foundation.