The show must go on? Iggy Azalea defended her decision to keep performing after her backup dancer had a seizure during the rapper’s concert in Rio de Janeiro on Thursday, December 27.

“Hey guys, just want to let everyone asking know my dancer is OKAY!” Azalea, 28, wrote on her Instagram Story on Thursday evening after the scary moment went viral on Twitter. “The lights & heat caused her to have a seizure. She is backstage feeling much better.” 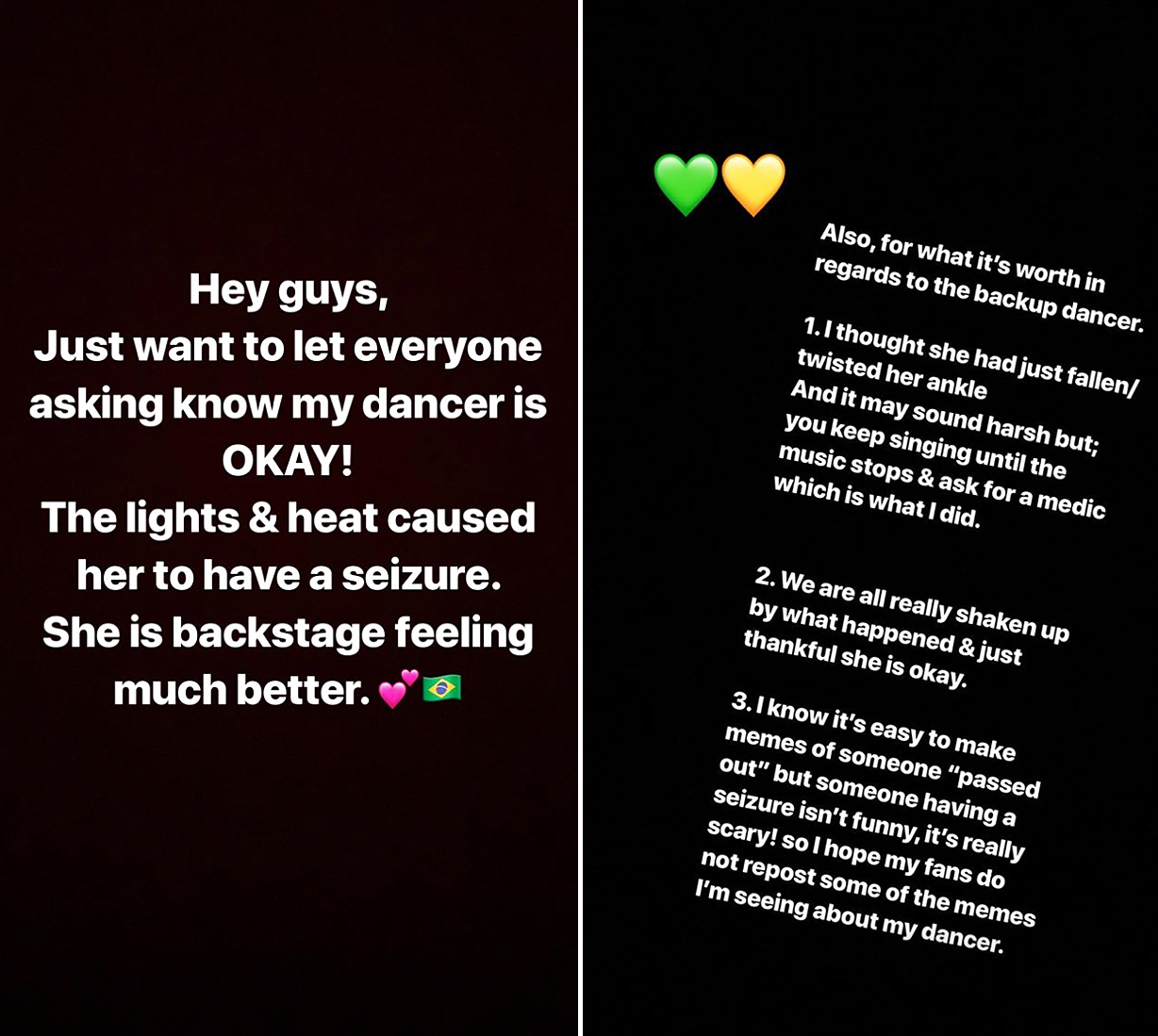 The Grammy nominee added that she kept performing because she initially thought her dancer “had just fallen/twisted her ankle.”

“It may sound harsh but; you keep singing until music stops & ask for a medic which is what I did,” Azalea wrote. “We are all really shaken up by what happened & just thankful she is okay.”

She added: “I know it’s easy to make memes of someone ‘passed out’ but someone having a seizure isn’t funny, it’s really scary! So I hope my fans do not repost some of the memes I’m seeing about my dancer.”

Hours later, Azalea returned to the social media platform and alarmed fans with a message about how “worn down” she feels over the hate on the internet.

“sometimes I really feel exhausted by the world, it feels like ANY thing I do becomes an opportunity for people to tell my why I’m s—t, why my music sucks, my clothes are ugly, why I don’t matter or why I’m a horrible person,” she explained via her Instagram Story in the early hours of Friday, December 28. “The last 4 years are just me existing in a world where I can do nothing right & it’s hard not to feel like ‘what’s the point’ & keep motivated.”

“Everyone is just trying to make it through their day. Could we be a little kinder to each other?” Azalea continued. “Seeing how much people enjoy being awful to one another is depressing.”