Brad Pitt and Jennifer Aniston reunited on Saturday, February 9, when he attended her star-studded 50th birthday bash at the Sunset Tower Hotel. Nearly 14 years after their headline-making split, the exes embraced in front of many of Aniston’s friends and loved ones. “Brad seemed very hesitant [at first] — all eyes were on him,” an eyewitness reveals in the new issue of Us Weekly. But soon enough, he got comfortable at the party attended by stars including George and Amal Clooney, Kate Hudson, Sandra Bullock, Robert Downey Jr., Reese Witherspoon, Gwyneth Paltrow (another Brad ex!), Barbra Streisand, Jon Hamm, Katy Perry, Demi Moore and Aniston’s ex John Mayer.

Sources tell Us the former power couple have been getting close in the wake of Brad’s 2016 split from Angelina Jolie — with whom he famously fell in love with while still wed to Aniston — and Jen’s 2017 breakup from second husband Justin Theroux. “Brad wanted to support and celebrate Jen by attending her birthday party,” explains an insider.

The May 2016 death of Jen’s mom, former model Nancy Dow, was the catalyst for a reunion. “Brad contacted Jen after her mom died, and she was touched that he knew what a difficult time it was,” says an insider. For more on their relationship — including Aniston’s words to Pitt after his split from Jolie — check out the video above! 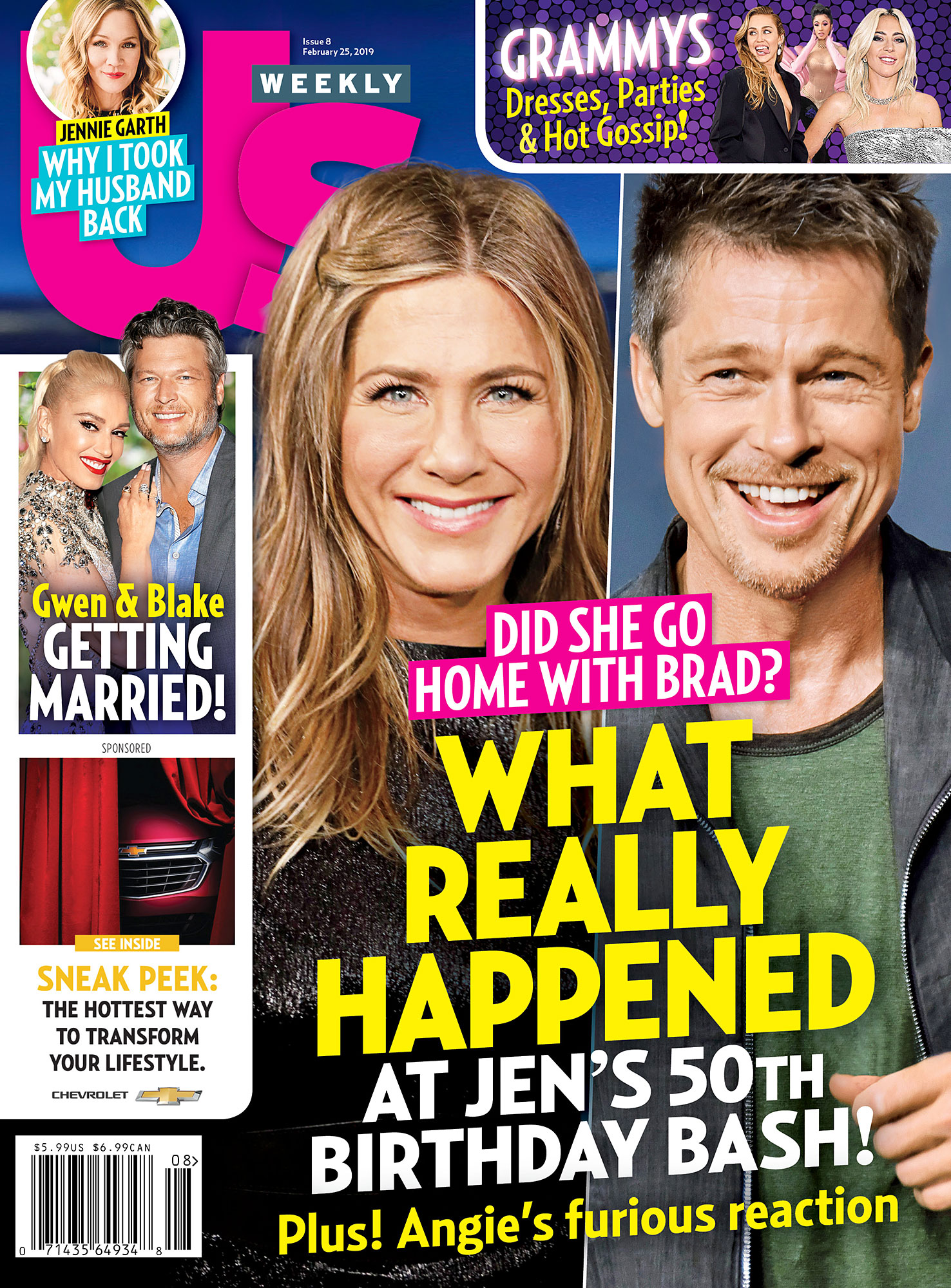 And for even more on where their friendship will go from here, pick up the new issue of Us Weekly, on stands now!

Sign up now for the Us Weekly newsletter Opens a New Window. to get breaking celebrity news, hot pics and more delivered straight to your inbox!