In May, Mythic Quest returned for its second season, building momentum as an awards contender. The Apple TV+ comedy, created by Rob McElhenney, Charlie Day and Megan Ganz, centers on Ian Grimm (McElhenney), the owner and creative director of a successful video game studio, who struggles to keep his hit game of the same name on top in concert with the dysfunctional family that makes up his staff.

In the Season 2 opener “Titans’ Rift,” lead engineer Poppy Li (Charlotte Nicdao) must step to the plate and come up with a title for a new expansion of the game, with Ian on sabbatical. At the same time, game testers Dana (Imani Hakim) and Rachel (Ashly Burch) take their burgeoning relationship to new heights. Pete Chatmon directed the episode, from a script by McElhenney, Ganz and David Hornsby.

Deadline brings you the script as part of It Starts On the Page, a series highlighting the scripts that will serve as the creative backbones of the now-underway TV awards season. These scripts are all being submitted for Emmy Awards consideration this year and have been selected using criteria that includes critical acclaim, selecting from a wide range of networks and platforms, and a mix of established and lesser-known shows.

Check out the script for “Titans’ Rift” below: 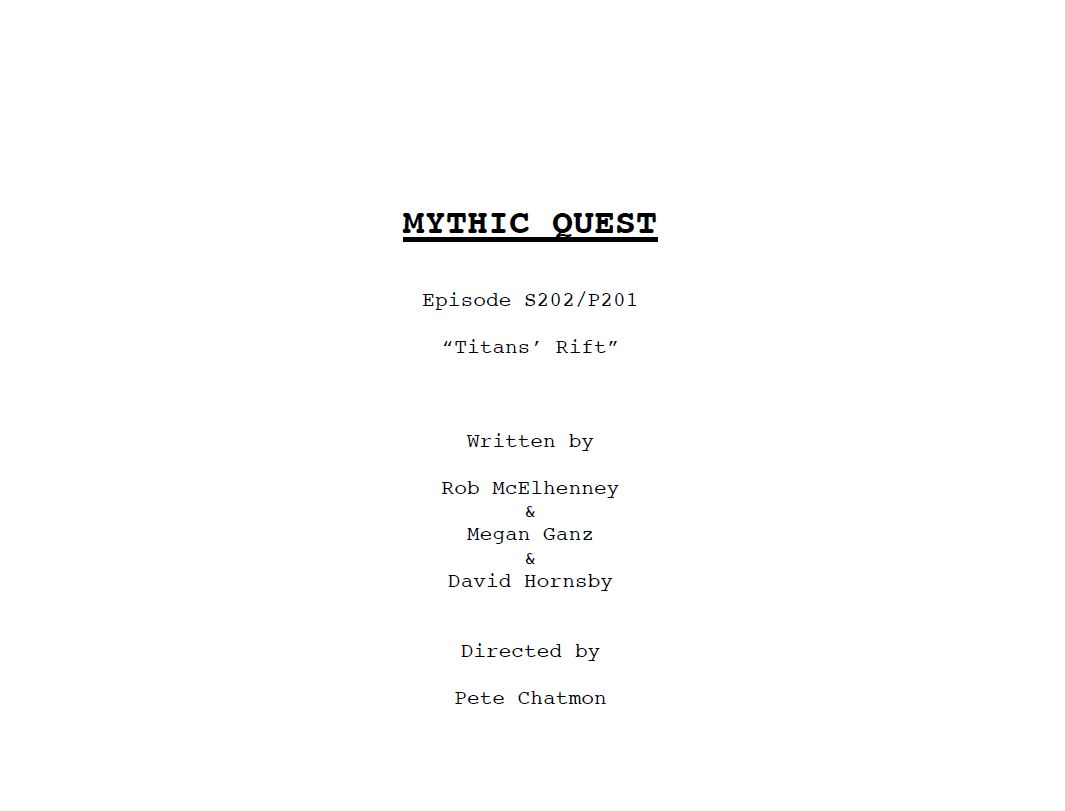 It Starts On The Page

It Starts On The Page: Read A Script From Season 2 Of ‘Everything’s Gonna Be Okay’ By Allison Lyman & Creator Josh Thomas

It Starts On The Page: Read The Script For The ‘Pose’ Series Finale

It Starts On The Page: Read The Script For The Season 4 Finale Of Peter Morgan’s ‘The Crown’