The former MLB star, 43, shared a photo with Lopez, 49, and his two kids, Natasha, 14, and Ella, 10, whose mom is his ex-wife Cynthia Scurtis, as well as the singer and actress’ 11-year-old twins, Max and Emme, whose dad is her ex-husband Marc Anthony Opens a New Window. .

“A perfect Saturday afternoon. Family. Friends. And a game at @yankees Stadium!” he captioned a photo of the group, adding the hashtags #PinstripePride #NYC #BronxBombers #HomeSweetHome.

He also shared a video on his Instagram Stories that showed JLo and his daughter singing along to “Take Me Out to the Ball Game.”

Another photo he shared later showed one of the kids jokingly mooning the camera, which the athlete pointed out with a big black arrow.

As Us Weekly previously reported, Rodriguez proposed to his girlfriend in the Bahamas earlier this month.

The couple confirmed the happy news with matching Instagram posts that showed the “On the Floor” singer’s hand sporting a massive diamond ring. “She said yes,” Rodriguez captioned the pic on March 9.

A source told Us that Lopez didn’t know her boyfriend was going to propose during their vacation at the luxurious Baker’s Bay resort.

“They’ve talked about marriage and have always planned to spend the rest of their lives together, but they were so happy with exactly how things were, they weren’t sure if they wanted to go down that road. It’s almost like they didn’t want to jinx it,” said the insider.

But after two years of dating, the idea of marriage “became important to both of them and their kids,” the source added. “They know they want to make this commitment to forever together.”

Lopez has been floating on cloud nine since the proposal, according to her fellow World of Dance judge Ne-Yo.

“She is always normally pretty happy, but now it’s different,” he told Us on March 16. “Before, she would float into the room … now, she floats into the room and there are, like, butterflies and birds and stuff. They’re like teenagers. It’s ridiculous. We get it.”

Scroll down to see the pics from their day at the game. 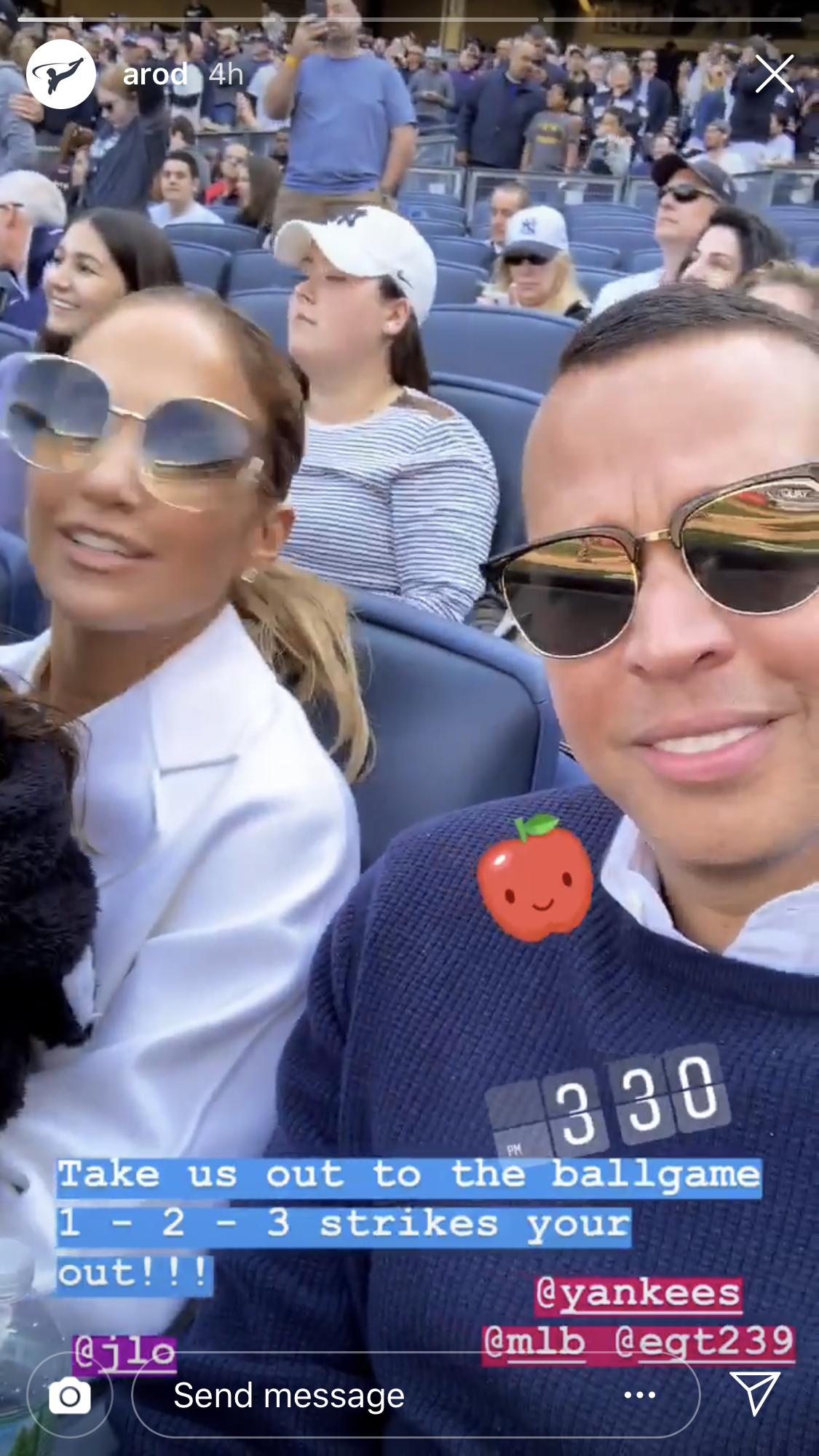 Lopez met her future husband at a 2005 baseball game, when he was still a Yankee and she was married to third husband Marc Anthony. The pic became a meme after Lopez and Rodriguez got engaged. 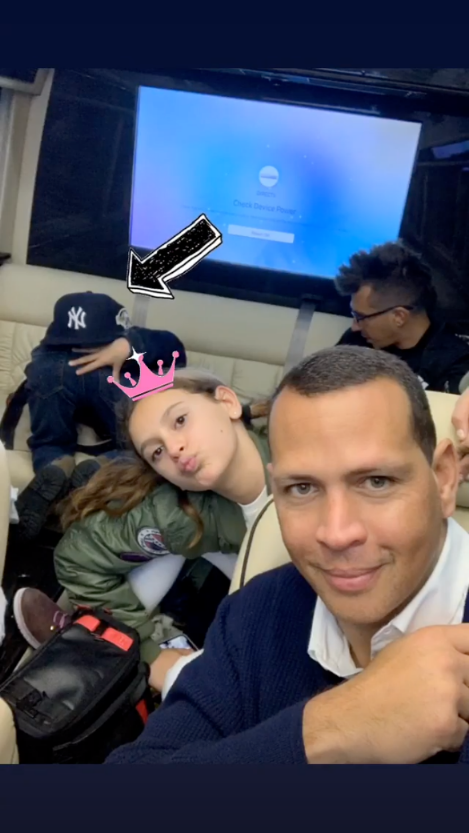 Lopez and Rodriguez have spent a lot of time together with each other’s kids, celebrating holidays and birthdays together. 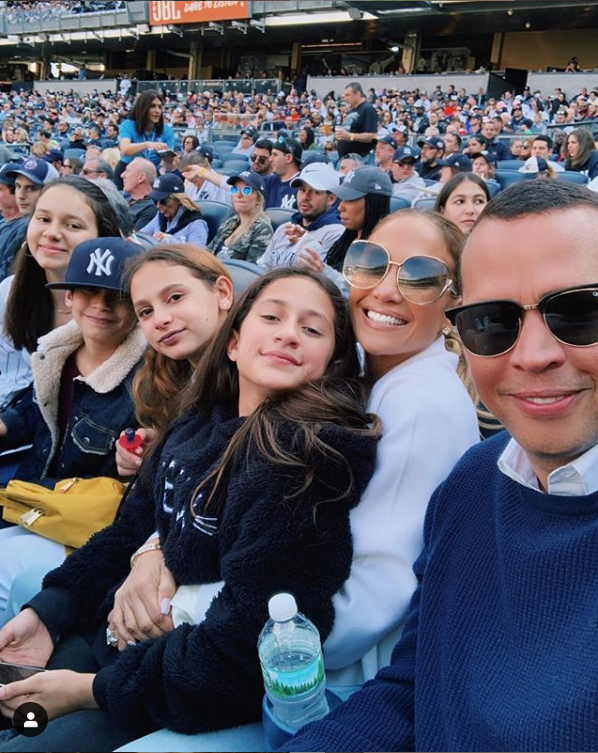 Lopez cradled her daughter, Emme, on her lap as they watched the Yankees take on the Baltimore Orioles. 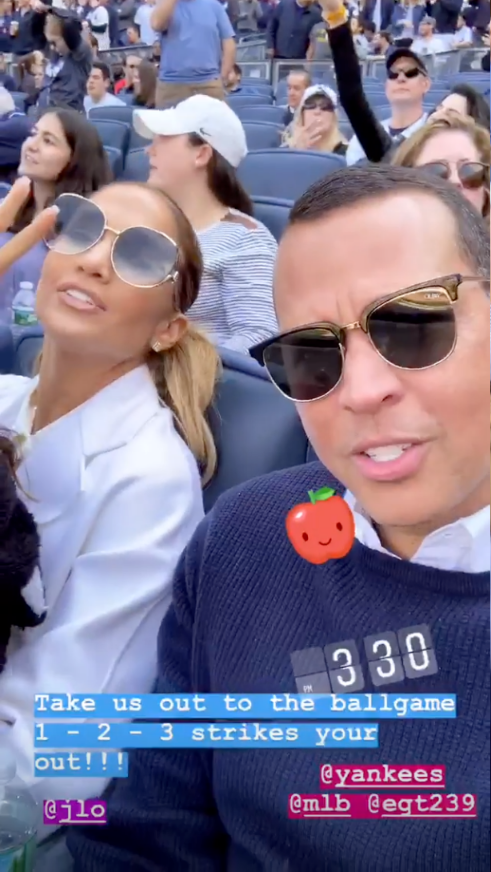 Rodriguez posted a loving note to his love before she started work on her new movie, Hustlers, on Sunday, March 24. “Love you baby and continue to shine, fly high and inspire all of us,” he wrote.