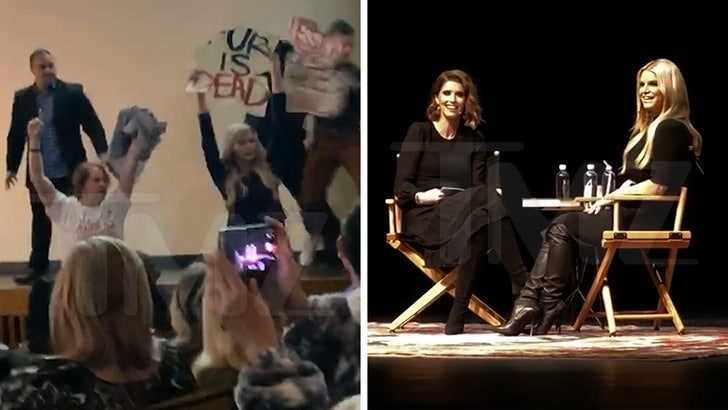 Jessica Simpson was confronted by animal rights protesters who crashed her book signing Monday night — and she came off as pretty patronizing.

The singer was on stage with Katherine Schwarzenegger at the Aratani Theatre in L.A., where she was talking about her new memoir, “Open Book,” when a swarm of PETA peeps jumped up from out in the crowd with signs and chants against wearing fur.

It looks like they were escorted out by security, but check out the way JS responded to all the noise … she says it’s beautiful they stand up for what they believe in, but does so in a sarcastic tone. It comes off as pretty condescending.

Jessica actually tells Katherine she’s used to this by now, and she’s absolutely right. We know of at least two other anti-fur confrontations she’s had as of late … on the same day. 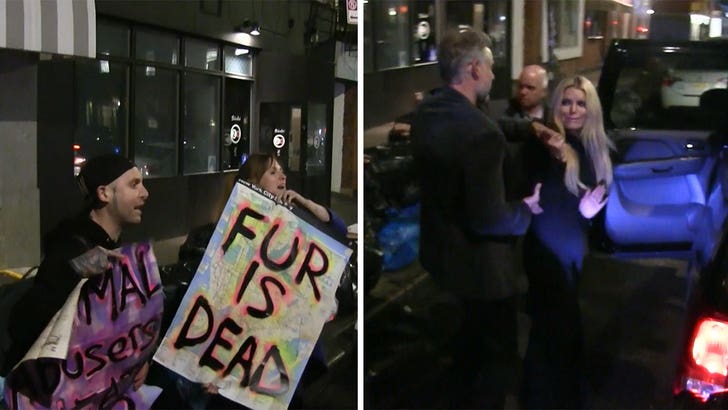 There was a large protest at a Barnes & Noble in NYC where Jessica was doing a book signing, and later as she was leaving a restaurant — confronted yet again. She never engaged with them about a week ago when this all went down — but now, she is.

Jessica’s known for having worn fur in the past — it’s unclear if she still does, or what the anti-fur folks seek to gain at this point. If it’s awareness, they’re winning there. 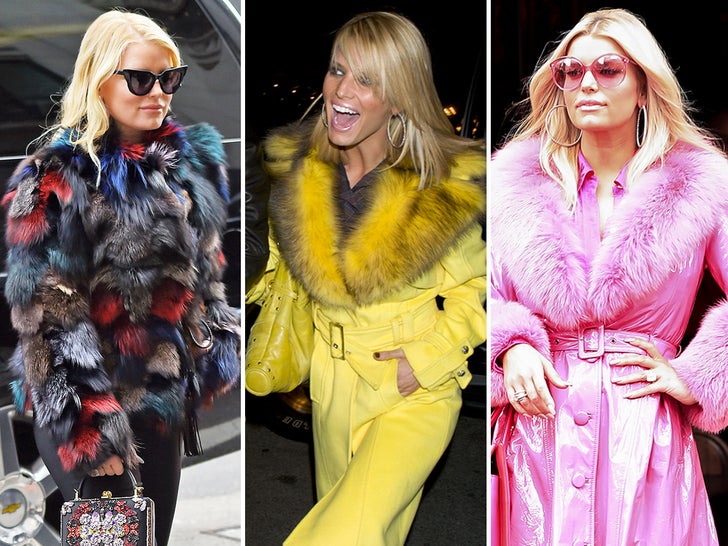