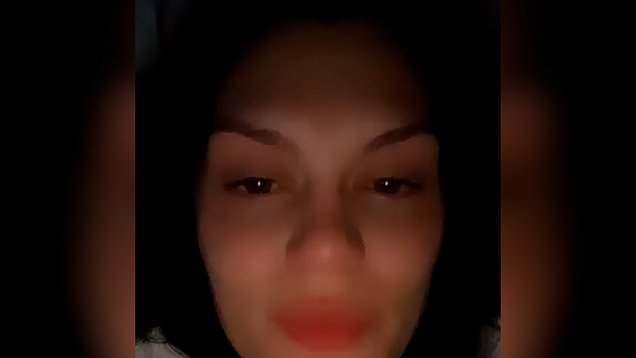 Jessie J broke down in tears in an emotional video as she opened up with fans about her battle with Meniere’s disease.

The singer confirmed last December she had been diagnosed with the condition after she spent Christmas Eve in hospital when she went ‘completely deaf’ in one ear.

Now Jessie has given her followers an insight into her health struggles over the past few months, as she revealed a doctor told her she had major acid reflux and vocal nodules due to continuing to sing while with acid reflux – which was most likely caused by the steroids she had taken to fix her hearing loss.

Acid reflux is often caused by stomach acid travelling up towards the throat, with symptoms including heartburn, the taste of acid in your mouth, hiccups and a hoarse voice.

Vocal nodules are painful lumps on the vocal cords that can have an impact on one’s singing voice.

The 33-year-old first shared a video to Instagram she had originally sent to her speech therapist, in which she attempted to sing her latest single, I Want Love. 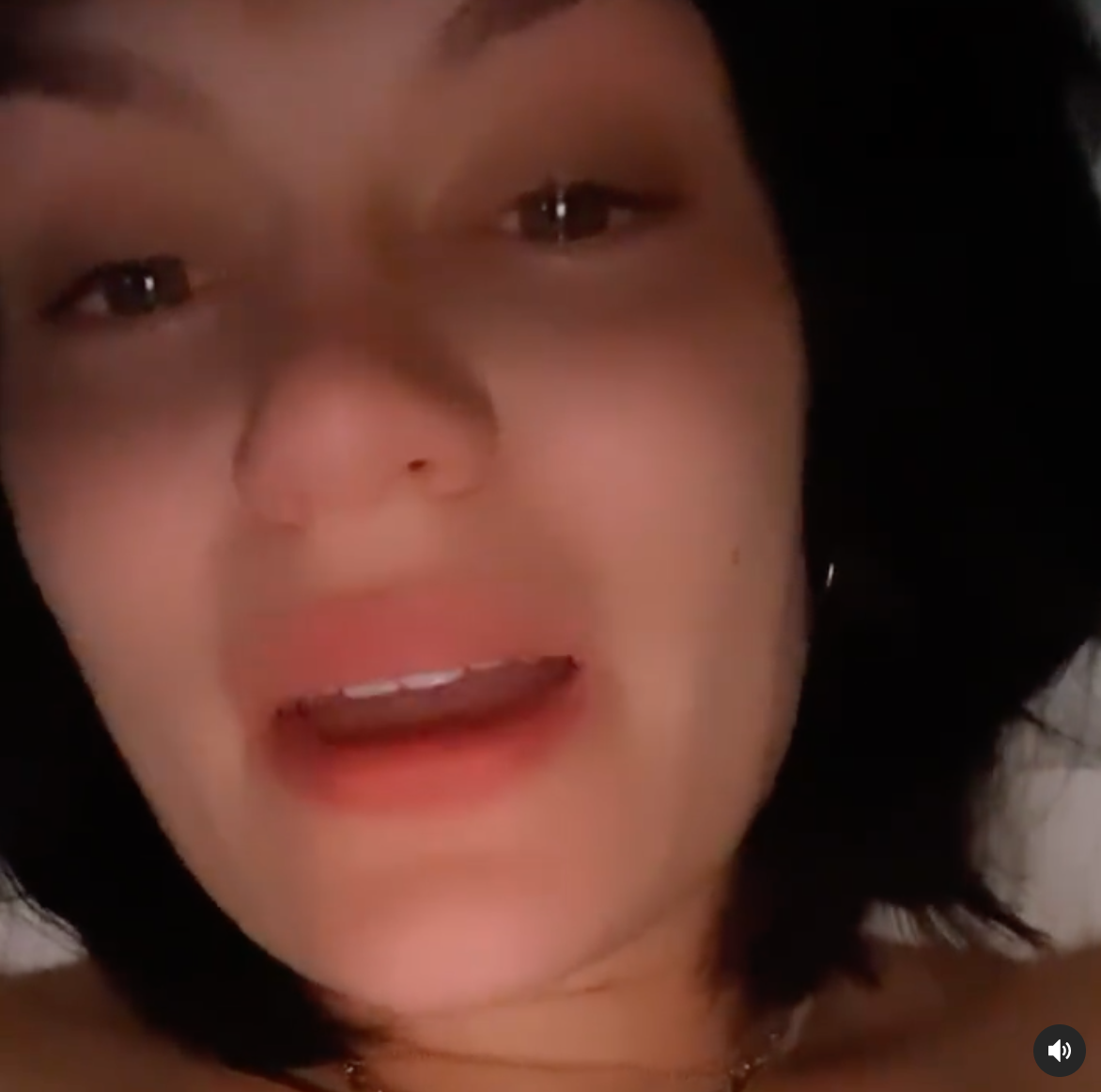 However, she then became overcome with emotions, as she started to cry on camera.

Jessie explained that she struggles to be able to sing the song ‘because of the pain I am experiencing’.

In the caption, she wrote: ‘The first song I sang was I Want love. Just hearing myself sing it and feel so vulnerable whilst singing bought me to tears.

‘I have never been able to sing it because of the pain I am experiencing. Man it’s been hard not singing. It’s literally my life and happiness.

‘Being quiet is not something I’m good at. Or makes me feel like myself. Lord knows I’m loud af [as f**k].’

The Domino hitmaker said that ‘it was in that moment’ she realised she would have to be ‘honest’ to both herself and her fans about her condition.

Later posting a lengthy update to Instagram Stories, she told fans more about her experience with acid reflux, writing she originally had no intentions in discussing this as she ‘truly believed it would be solved by now’.

She began: ‘In February I started to feel a burn in my throat constantly. I ignored it for a bit as I presumed it was fatigue from the studio.

‘When I went to see a doctor I was told I have major acid reflux and nodules because I have continued to sing with acid reflux which was probably caused by the steroids I had taken for my ear late last year. Gut MASH UP.’

Jessie explained she began taking anti acids to treat her acid reflux and also went on a ‘two week no talking run’, but it did not work, so she had to change medication.

She then recalled having ‘six different doctors’ look at her nose, and has eaten ‘the same six foods for three months’, while also having her bloods taken and undergoing throat swabs, acupuncture massages and soul work.

The star also said that the nodules ‘melted away’ after being advised to limit her talking and singing, but they will come back if she was to sing again.

Despite this, she says that she is ‘still in the same pain everyday’ and that the problems continue to persist.

‘With rest and little talking/singing the nodules melted away,’ she said. ‘But every doctor has told me if I sing (especially these songs) the nodules will just come right back.

‘And the reasoning for the acid reflux is still yet to be resolved. ANNOYING AF [as f**k]! I am still seeing different doctors and doing everything I can to resolve it. I PROMISE you that.’

Jessie revealed that she and her record label and management had discussions on whether or not to delay the release of her new single, but she felt ‘confident we could do it as did they’.

‘Maybe we were right maybe we were wrong,’ she explained. ‘But the passion and fire was and it still there for these songs and I felt it so important for you have to new music and it be out for summer.’

Jessie and her team then agreed to go ahead with the release of the song as planned and she was still able to shoot the accompanying promotional videos in just two days.

She went on: ‘I am not telling you this for pity but for understanding why I haven’t done any promo (trust me it’s come in thick and fast) and I have been heartbroken to turn things down.

‘I am positive I will find the reason to all of this soon.’

Jessie explained that she was ‘going to start talking here and there for promo’ and is ‘doing all I can to mend whatever it is that is broken’ so she can still perform her music live. She also said that she refuses to mine her lyrics.

She concluded: ‘I am so unbelievably grateful to even have music out. And beyond grateful for your support and endless love.

‘I don’t always get it right. But I am always honest. And I hope you can respect that.

Jessie later thanked her fans for their support, adding: ‘Your comments are making me cry. Your support inspired me to keep pushing.