They’ve attempted to keep their blossoming romance under wraps, but today Jesy Nelson couldn’t resist sharing a telling snap from her getaway with Chris Hughes. 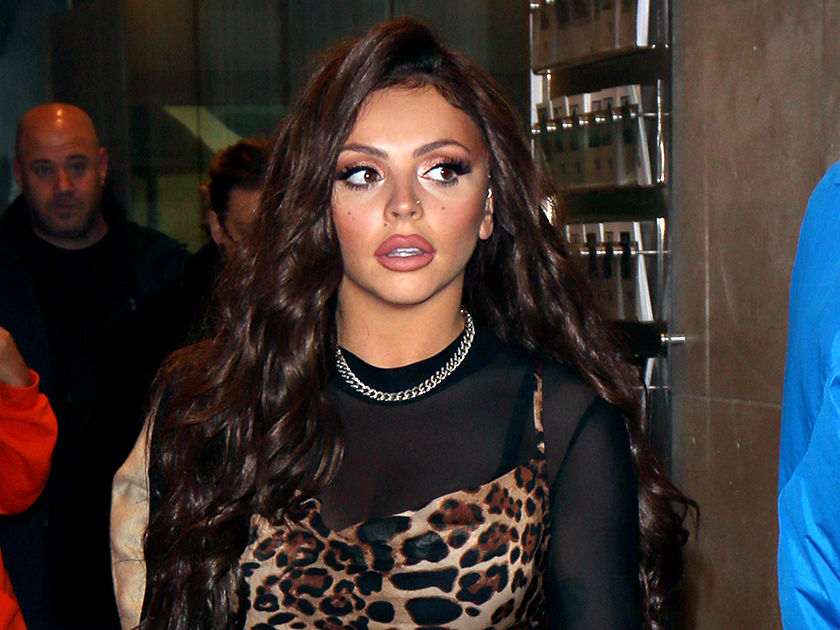 Posting on her Instagram story, 27-year-old Jesy revealed they were enjoying breakfast in bed as she shared a photo of two English fry ups and large glasses of orange juice.

She captioned the post: ‘Good morning’ and added the face heart emoji – perhaps signalling that she’s feeling very loved up. 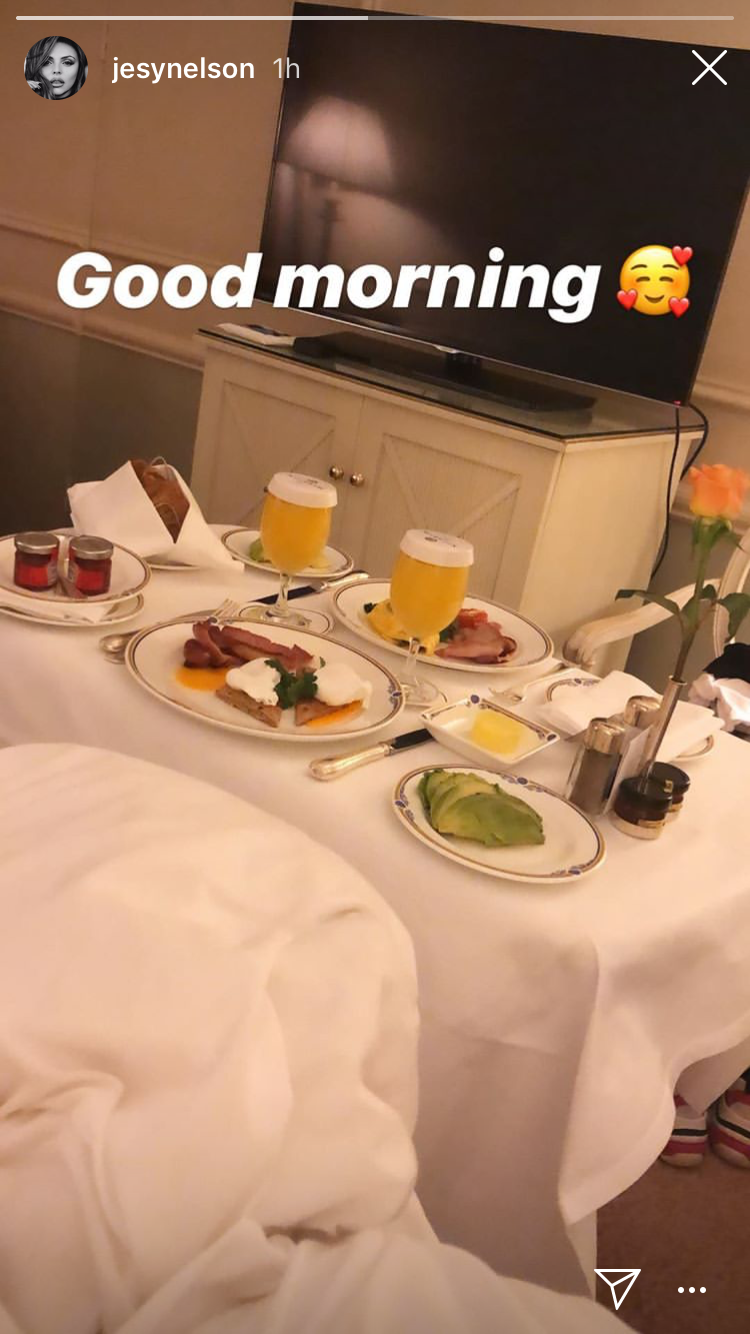 The couple’s trip to Dublin comes after they were spotted cuddling in the lobby of K West Hotel on Friday night after they suffered a delay to their first getaway together.

Unfortunately, Jesy and Chris were forced to delay a romantic trip to Dublin after their flight was cancelled.

But instead of calling quits on the trip, the pair opted for a night of private luxury instead.

An onlooker told The Sun: ‘I was really surprised to see them there as a couple after they broke up. 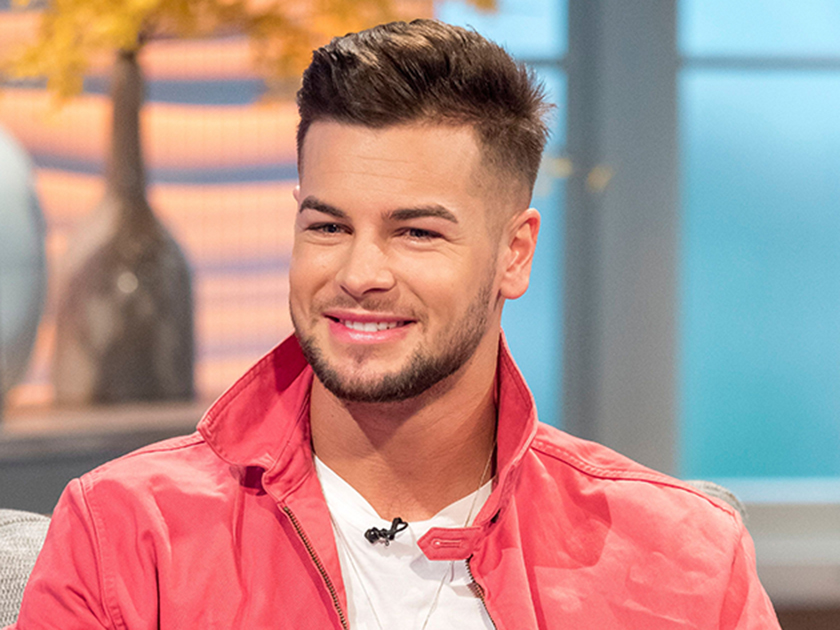 ‘It was around 4pm when they were checking out and they were being very affectionate.

‘He had his arm around her and they were kissing – they looked like they were really into each other.’

The couple later enjoyed a VIP trip to the cinema to see Liam Neeson’s new film, Cold Pursuit, before making their way back to London City airport on Saturday evening to catch their rescheduled flight. 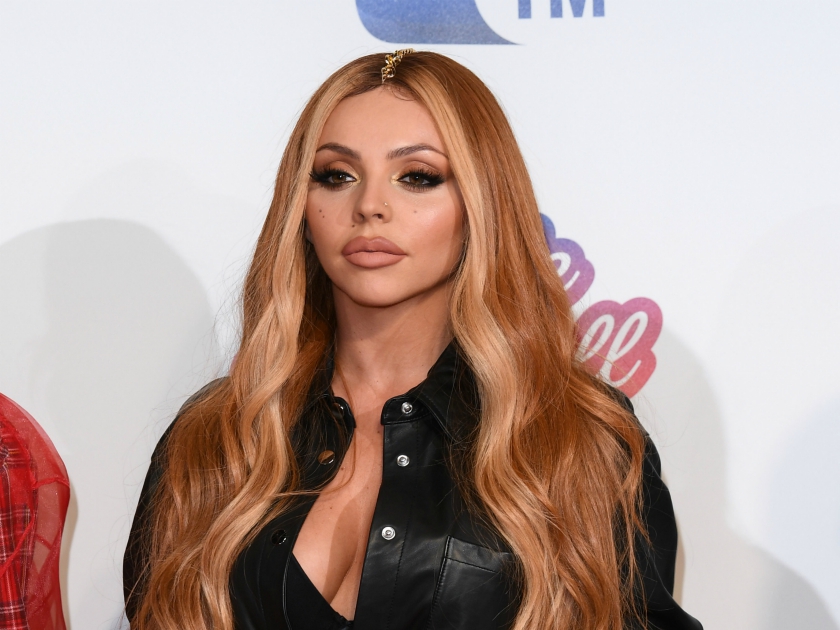 Jesy and Chris were first linked last month after they were spotted enjoying a passionate kiss in a kebab shop.

But just three weeks later, Jesy is said to have dumped Chris as she just wanted to ‘enjoy being single.’

Now it appears the pair are very much back on following their weekend getaway, with Jesy even sharing a snap on her Insta stories of a luxury hotel breakfast for two. 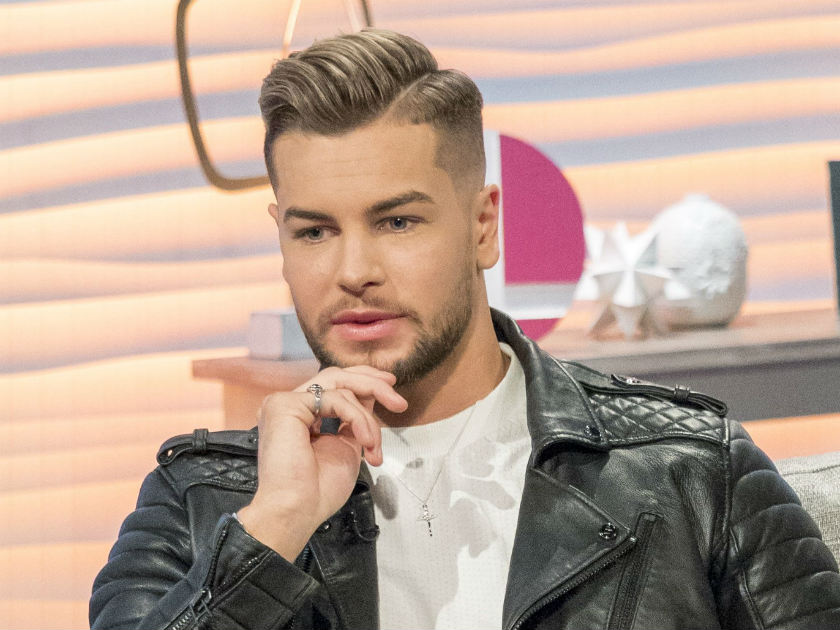 However, Chris hinted in January that their relationship is pretty complicated.

‘There’s no updates, nothing you haven’t seen. I’m just happy with myself at the minute.’