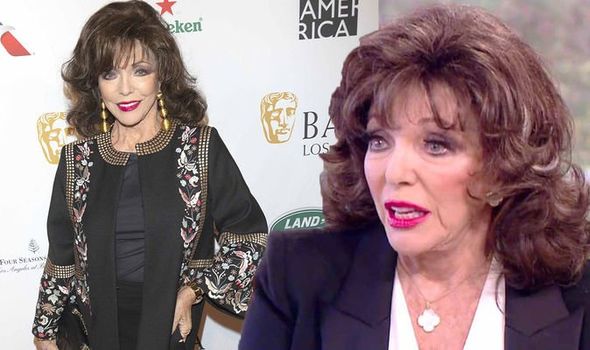 Dame Joan Collins has credited pilates for getting her in “the best shape [of] my life” however she was recently left needing medical assistant after a “clash” in Los Angeles. Speaking to the May issue of Tatler, the Dynasty favourite revealed what happened after working out at the Reformer. The 85-year-old said she “didn’t let anybody know” about what happened following her being rushed to hospital. As well as detailing her painful issue, the mother-of-three spoke candidly about her encounter with Liam Payne and Prime Minister Theresa May.

It was worse than childbirth, but it was just a pulled muscle

On her pilates woes, Dame Joan commented: “I woke up just screaming in agony in the middle of the night and I was rushed to hospital.”

She continued: “It was worse than childbirth, but it was just a pulled muscle.

“I didn’t let anybody know. I wasn’t trying to be secretive.”

Dame Joan appears on the cover of Tatler looking incredible in a fluffy white ensemble and coordinated black hat.

The inside shots are equally as glamorous with her looking breathtaking in a white voluminous gown with her hair perfectly manicured.

A second snap sees her all in black, while the sheer fabric of her skirt gave fans a glimpse of her toned pins. 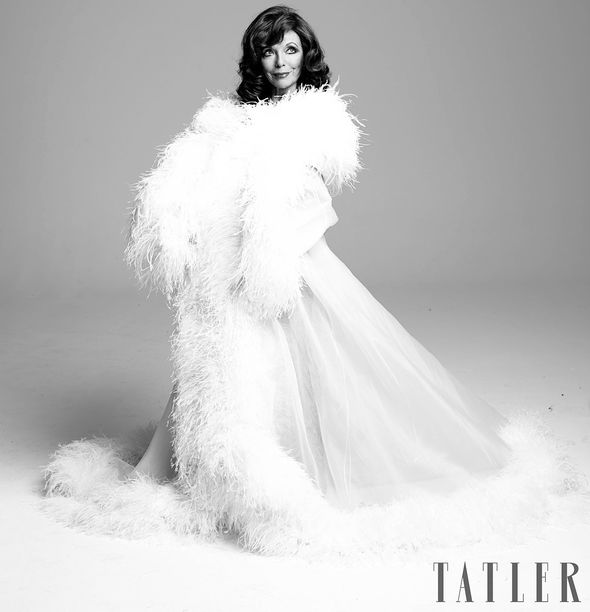 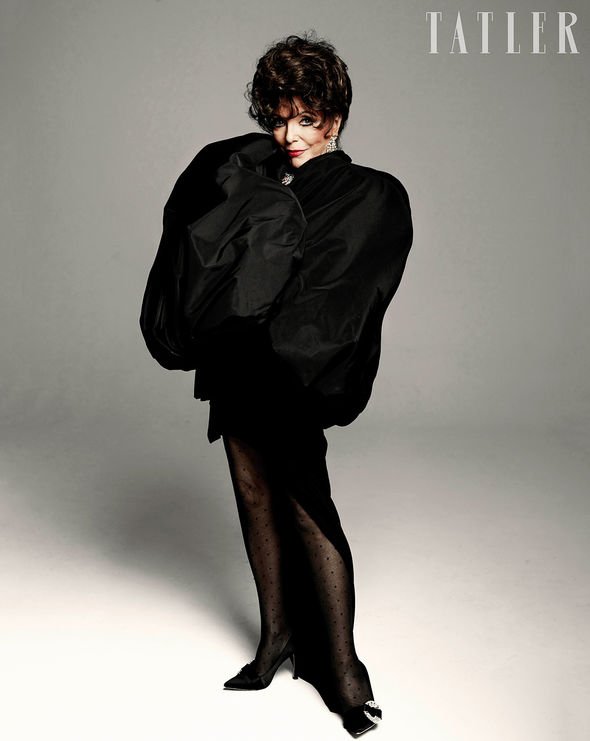 During the interview, Dame Joan shared her thoughts on the PM, saying she admired her “for just forging ahead”.

Addressing seeing her at the Conservative Party Conference, she said: “She breezed in looking great in Roland Mouret and was brilliant.

“What I like about her is that she reminds me of one of my headmistresses. They weren’t full of personality and vim, but they were strong, and we respected their strengths.”

Finally, Dame Joan recalled meeting One Direction hitmaker Liam in departures when he came over to introduce himself. 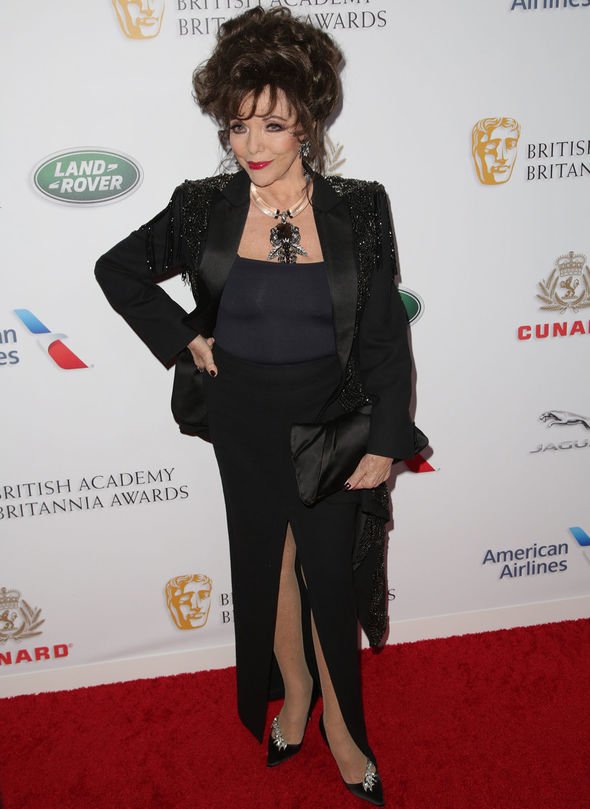 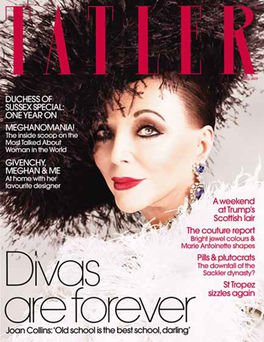 Joan Collins’ interview in the May issue of Tatler [LUC BRAQUET]

“I think she has possibly the best body of anybody I’ve ever seen. It’s amazing, really fantastic,” she added.

Meanwhile, it comes after Joan Collins sent fans wild with a secret about her unrecognisable New Year’s Eve snap.

She commented on Twitter: “This was #NewYearEve #1980 – the results of endless sessions of #Pilates.”

See the full feature in the May issue of Tatler available via digital download and newsstands on Thursday https://www.tatler.com/