The first time Joe Alwyn came to the Cannes Film Festival in 2018, he walked away with the Trophée Chopard. Now he is back to help director Claire Denis compete for the Palme d’Or with Stars at Noon, based on the novel by Denis Johnson. Alwyn stars in the romantic thriller as a mysterious businessman in Nicaragua who falls in love with an American journalist, played by Margaret Qualley. In addition to Stars at Noon, Alwyn also stars in the BBC Three/Hulu series Conversations with Friends directed by Lenny Abrahamson and based on the Sally Rooney novel, which premiered May 15.

DEADLINE: How did you get involved with Stars at Noon?

JOE ALWYN: I got involved pretty late in the game. I was sent the script on literally a Friday morning to read with an email saying Claire would like to Zoom me that afternoon. “If you’re interested, and if they want you, then you’ll be flying to Panama. Can you go tomorrow?” Claire was already there. So, I read the script and obviously I was never going to say no to working with Claire Denis. I Zoomed with her a few hours later and she said, “Will you join us?” That was on a Friday, and I think by Tuesday I was on a plane to Panama, and we started a few days later. I’d read the script, but it’s based on the book. I didn’t even get a chance to look at the book until I was there. But hopefully everything happens for a reason. 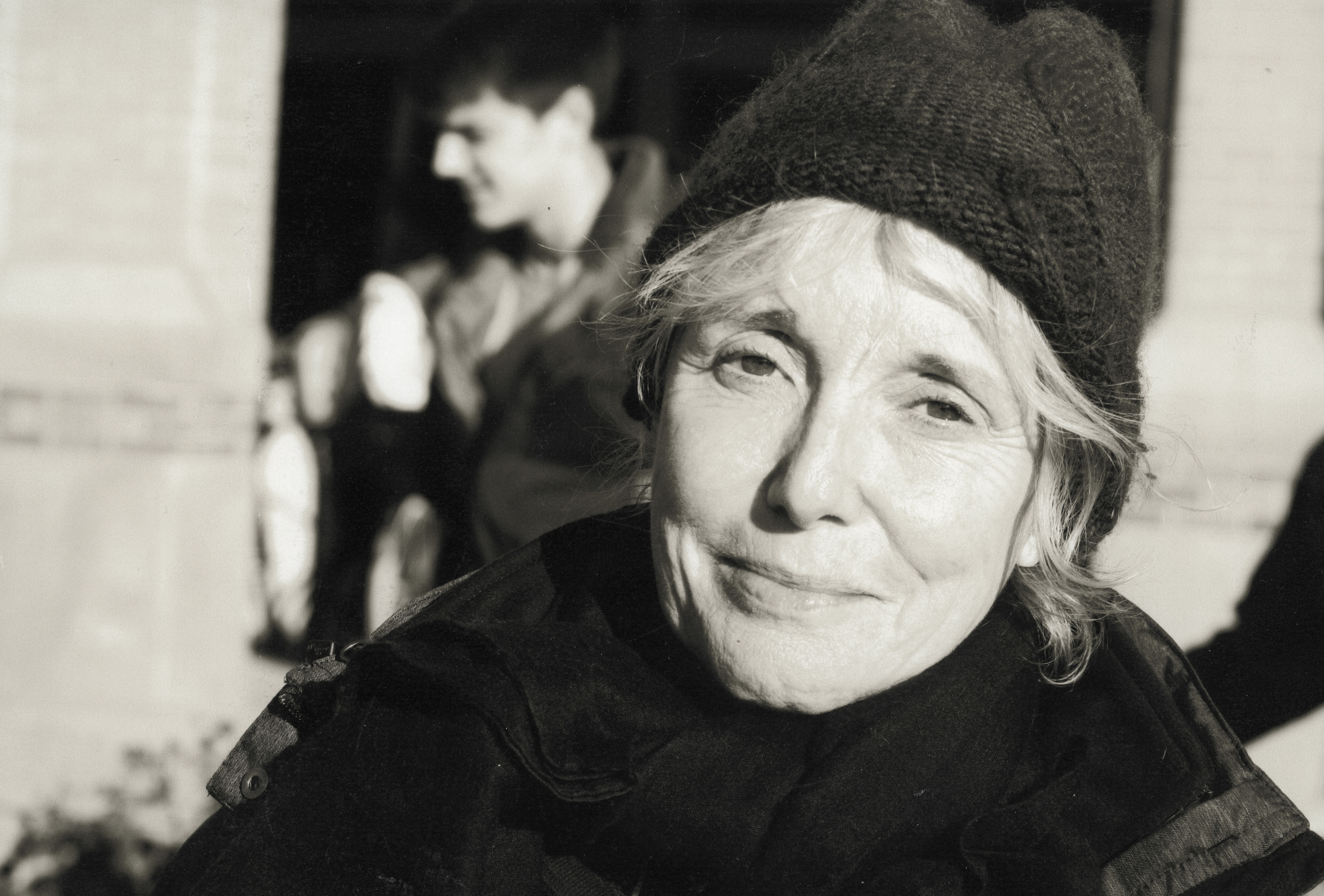 DEADLINE: What was it like working with Claire Denis?

ALWYN: It was amazing. She’s unlike anyone I have ever worked with, and her sets are unlike any other set I’ve ever been on. She is a force. She is completely singular and of herself and a real orator.

She can be both fierce in knowing what she wants and then incredibly tender about what she wants. It feels like she discovers everything in the moment and in such a way that… I don’t know. I think I’m probably still working out how she works. I don’t think I’ll ever work out how she works. Maybe she wouldn’t be able to answer either. It was definitely the most unique experience I’ve had with director on set, but I think she is completely grand.

ALWYN: My character is a mysterious English businessman who’s pretty enigmatic and we don’t know a whole lot about him or why he’s in Nicaragua. He falls into the path of Margaret [Qualley]’s character or vice versa. And they’re both sort of playing a game and sort of pretending to be someone they’re not amidst this backdrop of political unrest and turmoil and complete mistrust. An environment of complete mistrust. But amidst that, these two strangers, who themselves don’t give a lot away really about what they are at heart, fall for each other and have some strange kind of connection, but then they fall into trouble. Well, he particularly falls into trouble and they have to escape to the border together. Or they have to escape to the border, maybe together. That’s the narrative of it, but I think as much as anything, reading it, it was about those moments of tenderness between two people that managed to break through in an environment and world of mistrust and games and falsity.

DEADLINE: How do you prep for that kind of character?

ALWYN: I only had a choice to approach it a certain way because it came about quite last minute and the whole shoot was kind of up and down in the air and thrown together right at the last minute, so there wasn’t a couple of months to think about it. It really was just digesting the script as quickly as possible, getting what you can from that, thinking about bits and pieces of backstory that perhaps could lend itself to something deeper, but more than anything, just jumping in on instinct from what was on the page and going with that and also going with Claire and seeing where she felt. Not just in terms of character story, but you’re almost informed as much by the way that she’s making the film and the feel of it.

I feel like it’s so much guided by tone and atmosphere as much as it is kind of academically doing her homework about who this character is or where they’ve come from, like with all of her films. I think this one is slightly more narrative driven than some of the others are, almost animalistic and driven by feeling as much as much as dialogue. Dialogue seems to sit on top of everything else in her films, like a kind of soundtrack. It’s more about feeling, and that’s obviously created through character and actors, but it’s also so much about everything else, the world and the tones and the colors and the camera and the music. You are just a part of that. I think a part of the images that she creates, it’s all about the images that she creates.

DEADLINE: What was it like to shoot in Panama?

ALWYN: It was incredible. I’d never been to Panama before. Everything was shot on location, so we got to see a fair bit of Panama, but also, we were really at the mercy of the weather, which was interesting. It’s great being on the soundstage and it’s amazing seeing the worlds that you can create in a studio, but there’s something about being on location that just gives it something. Whatever it is, that little spark that can be different.

That can both be amazing, and it can also completely mess with the schedule because you want the sun and it’s a tropical rain or you want tropical rain and it’s sunny. We were literally at the mercy of the weather and the world around us, but there was something really special about that. It was incredible seeing the locations that Panama had to offer and the people there were so friendly. The crew was amazing. It was quite chaotic in some ways just because logistically there was trickiness because you can’t control the sky. But it was a beautiful place to shoot and I’m really happy we shot there.

DEADLINE: What are some highlights from your times on this project?

ALWYN: The highlight was really, first and foremost, Claire. And of course, Margaret and Panama, and everyone that we collaborated with. Eric Gautier shot it, and everyone was brilliant, but Claire was at the helm of it. Seeing the way that she worked out how to work, and what she wanted, how she communicated with the heads of department around her, and how she functioned, was amazing. She’d be in the trunk of the car. We’d be driving around town with her. She’d be locked in the trunk, screaming out instructions in French to us who were sitting in the car—crowded with like five other people filming us—and she’s just bellowing out what she wants. She’s just a force like nothing else. I’m really lucky to have gone on that mad ride with her.

DEADLINE: This is your first time back to Cannes after you won the Trophée Chopard in 2018. What does it mean to you to have Stars at Noon be your first film to play in Competition?

ALWYN: It’s amazing. It’s obviously such a renowned festival and such a filmmakers’ festival. It’s such a special place to have your film seen. So, to be a part of something that’s going there in that capacity, and to be with a director like Claire, going to Cannes and obviously her being French and her being a legend in that world in cinema, it’s really, really special. It was lovely going a few years ago for the award, but to also to be there with a film that you’re in will be a really amazing experience, I hope. 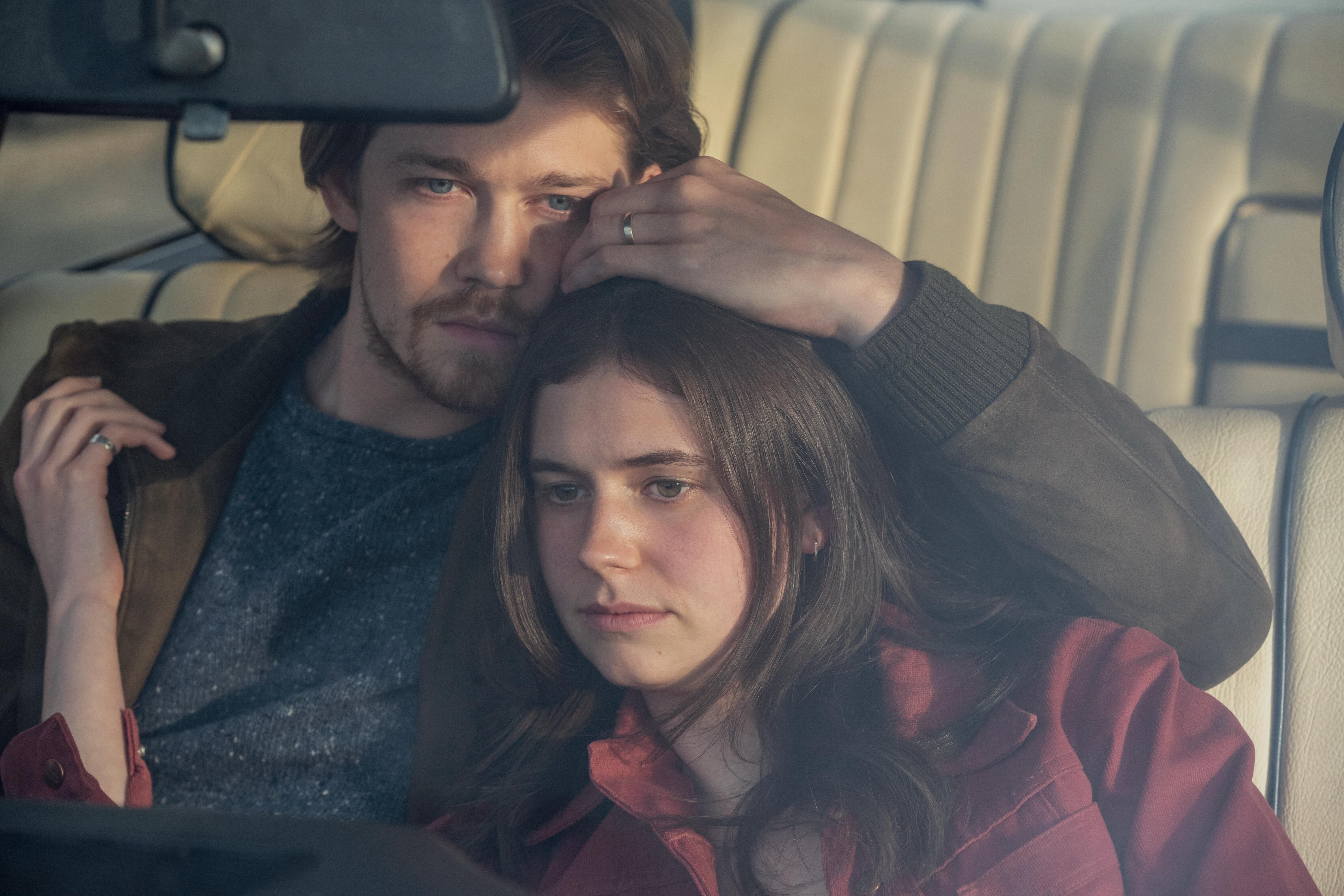 DEADLINE: You also have the BBC Three/Hulu series Conversations with Friends coming out where you play Nick Conway. What did you make of him?

ALWYN: He’s someone who’s in a point of recovery when you meet him and has come through a bit of a storm. He’s a married man who is slightly numb to the world, and just functioning. He embarks on this affair with a woman who’s about 10 years younger than him. It’s about the relationships between him and his wife and also this girl called Francis. He’s also quite aloof actually, but he’s someone coming back to life a bit.

DEADLINE: Conway is also an actor, so what similarities did you find between his acting career and in your own?

ALWYN: I don’t know if I thought about specifics of what his career might have been or what he would’ve done comparatively to mine, but certainly he’s a character who has had ups and downs, and he’s also struggling with mental health, and that’s been formed probably by many things, including his job. I think I can relate to the strangeness of the job and the ups and downs of it and how it can be the best thing and also something tough to navigate. So, although I don’t know the specifics of how our careers might be different, I felt like I could relate to him on the level of understanding, how strange it is to dress up and pretend to be someone for a living and all the weirdness that comes with just trying to do it as a job.

DEADLINE: Were you familiar with this book before you so started?

DEADLINE: What was it like working with Lenny Abrahamson?

ALWYN: It was amazing. I think he’s truly brilliant. He’s an incredible director. He’s very detailed in the way he works, interrogating the material, almost beat by beat and looking to mine each moment for what might be there in a very subtle way. But he’s never overbearing in doing so and he’s also very collaborative. I like his very naturalistic, very subtle, very intimate worlds that he creates, obviously most recently with Normal People, but in plenty of his other work as well. It feels very grounded and very real, and very much about what’s not said as much as what is said. And also, just as a person, he’s the nicest man in the world. Hilarious and just a great friend.

Responds To Being Banned From Russia: “Will Have To Live With The Disappointment”