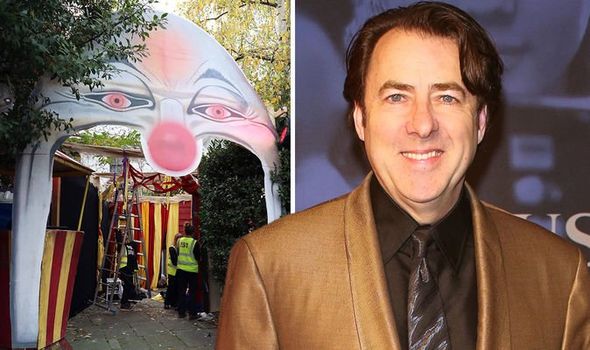 Jonathan Ross, 58, has been busy adding terrifying touches to his London home in preparation for Halloween. The Jonathan Ross show host wows celebrity guests each year with his spooky bash and it seems this year’s event will be no exception.

The presenter hired a team of builders to assemble the spine-chilling decorations, which include spiderwebs and ghoul masks.

A giant clown entrance has been set up outside Jonathan’s home, which he shares with his wife Jane Goldman.

Playing on the common phobia, the gateway features a scary expression and bright red eyes.

Inside the driveway, workers could be seen creating a tunnel to enter the house. 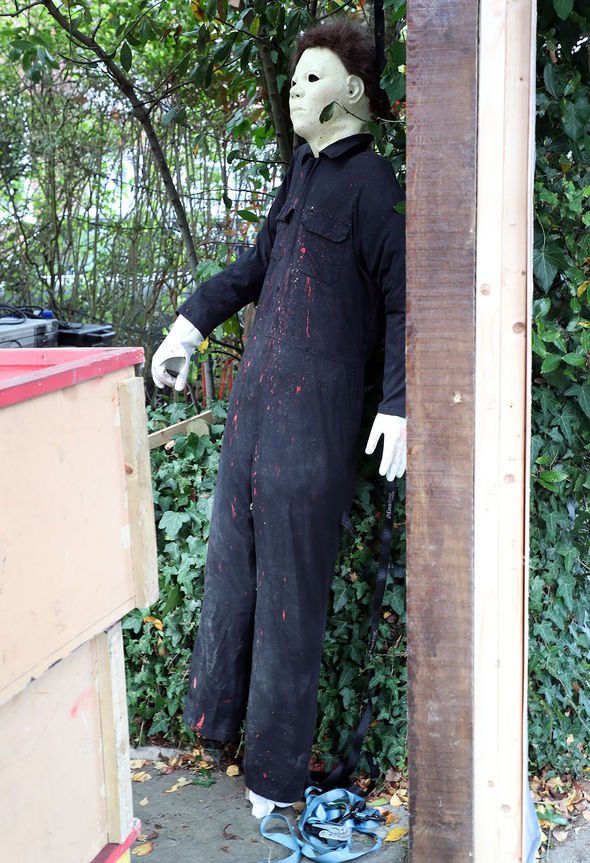 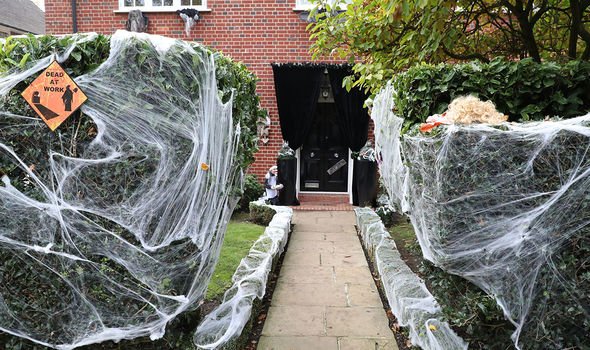 A ghoulish figure was also positioned right next to the door to give guests quite a fright.

Jonathan previously enlisted police for added protection due to the  star-studded guest list for his Halloween parties.

The celebrities attending this year’s celebration have not yet been announced.

The party’s host was snapped outside of his transformed Hampstead home surveying the proceedings.

Jonathan wrapped up warm in a patterned scarf, which he paired with a green plaid shirt and black trousers. 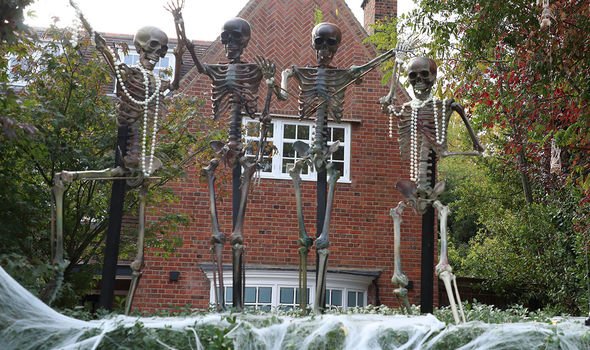 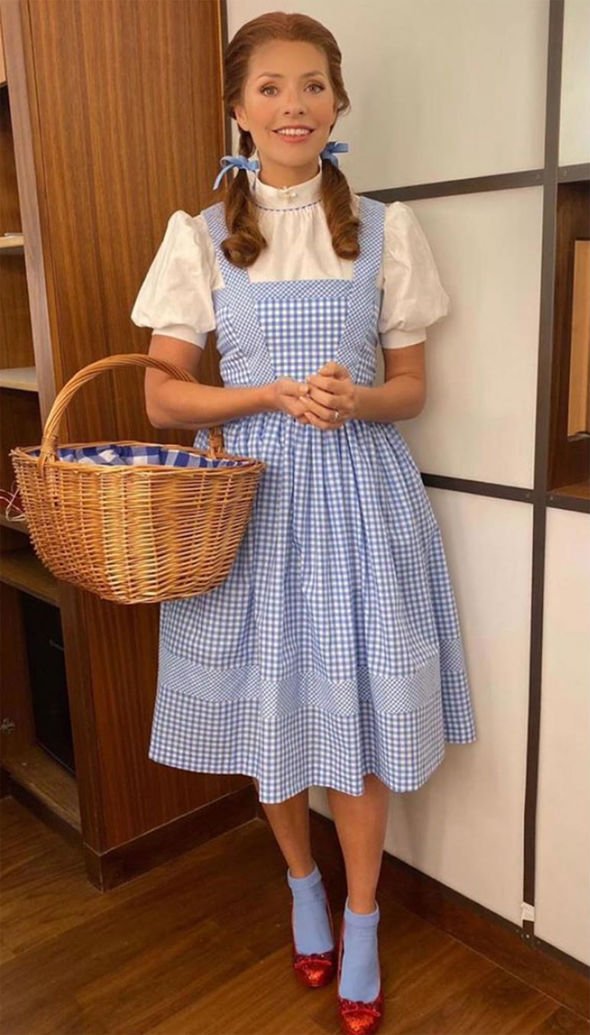 He accessorised with a pair of oversized sunglasses and comfortable loafers.

The star swapped her blonde tresses and smart attire for a brunette wig as she channeled Wizard Of Oz’s main character Dorothy.

Holly was joined by her co-star Phillip Schofield, who was dressed as the scarecrow to match the theme.

Phillip looked almost identical to the popular character, who Dorothy met during her travels in the hit movie.

However, Holly admitted her costume created a few problems while hosting the daytime programme.

During the show, the TV personality explained her contact lenses made it difficult for her to read the autocue.

As she struggled with a particular sentence, she informed viewers: “My contact lenses are so blurred, so with words like taking and talking, I can’t tell the difference.”

In view of her 5.9 million followers, she wrote: “Tomorrow’s script for our @thismorning Halloween special… this is beyond exciting.”