Not shying away from his reality. Justin Bieber is embracing the mental health help he’s receiving, and is using his Instagram platform to encourage others to do the same.

“Therapy session,” the “Sorry” crooner, 25, captioned a selfie from treatment on his Stories on Wednesday, April 3. “It’s cool to have a healthy mind and healthy emotions.”

A source confirmed to Us Weekly in February that Bieber is “going to several doctors” to help work through some personal issues. “He’s not in rehab,” the source clarified at the time. “He sees a therapist, but he’s not in a special center or anything. He doesn’t want to be dependent on medication. He struggles with ups and downs, anxiety, depression and uncertainty about the future.” 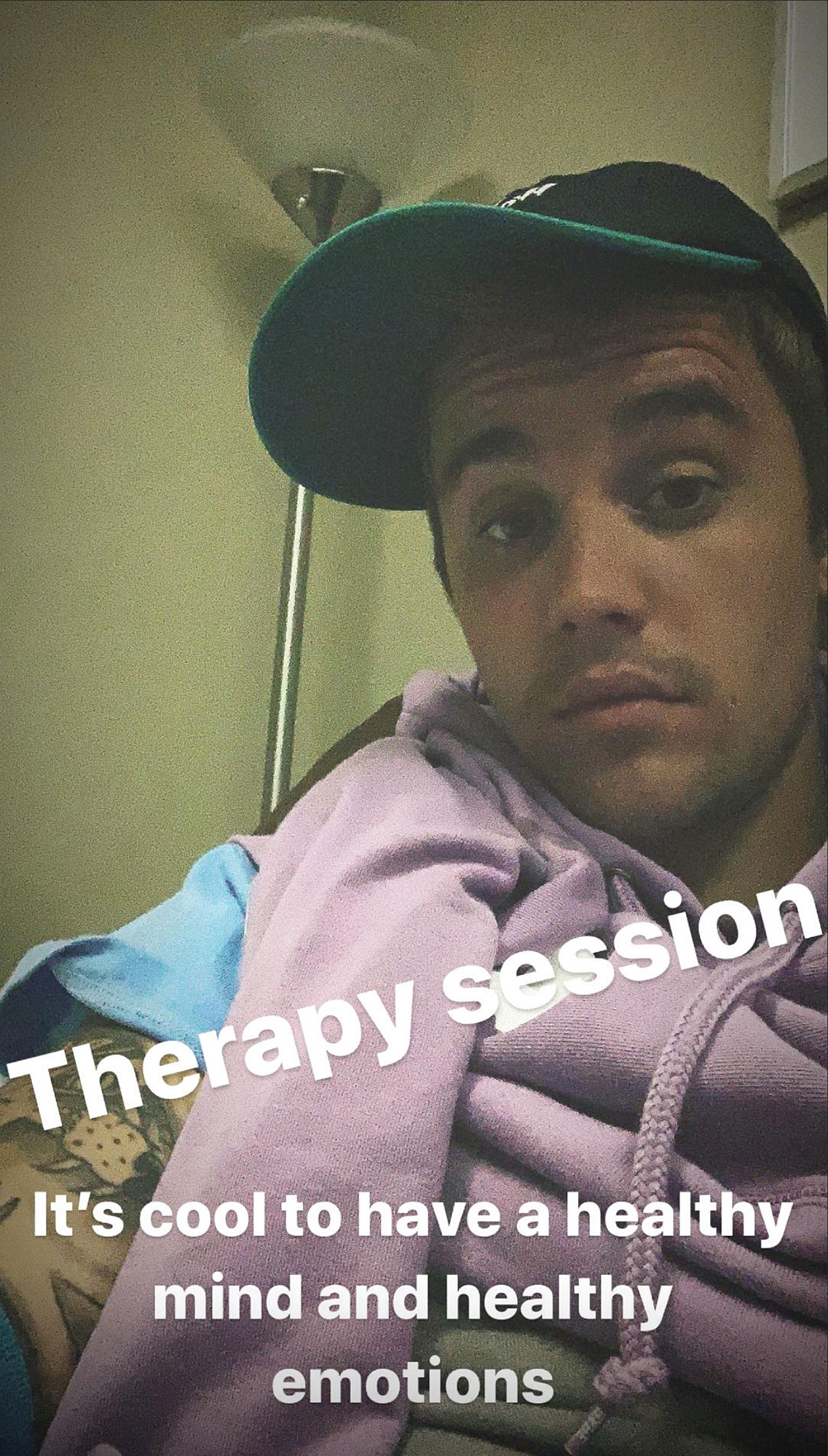 Weeks later, the “Never Say Never” singer spoke out about the difficulties he’s facing, and reached out to his fans directly via Instagram for support. “Just wanted to keep you guys updated a little bit hopefully what I’m going through will resonate with you guys,” he wrote in March. “Been struggling a lot. Just feeling super disconnected and weird.. I always bounce back so I’m not worried just wanted to reach out and ask for your guys to pray for me. God is faithful and ur prayers really work thanks.”

Another insider noted that his wife, Hailey Baldwin, has been a light in his life throughout the challenging time. “Hailey is not going to leave Justin and he won’t leave her either,” the insider explained of the couple’s commitment to making their marriage work. “She’s been so supportive of him throughout this process.”

Bieber and Baldwin — who wed in September 2018 — recently made headlines after they were slammed for an insensitive April Fools’ Day prank, joking they are expecting their first child together. The Canada native apologized after he posted staged photos of the 22-year-old at a doctor’s office, and shared a fake ultrasound picture on Instagram.

“There’s always gonna be people offended, there’s also people who don’t take jokes very well, I am a prankster and it was APRIL FOOLS,” he wrote on Instagram on Tuesday, April 2. “I didn’t at all mean to be insensitive to people who can’t have children. A lot of people I know, their first go to prank on April fools is telling their parents they are pregnant to get a big reaction. But I will apologize anyway and take responsibility and say sorry to people who were offended.”

Bieber added: “I truly don’t want anyone to be hurt by a prank.. it’s like when I shoved cake in my little sisters face for her birthday expecting her to laugh but she cried. You sometimes just don’t know what will hurt someone’s feelings not to compare pregnancy with cake in the face but it’s just to paint the picture of not knowing what will offend. Some might have laughed but some were offended .. I think With pranks u sometimes have to roll that dice. #prankster #dennisthemenace #sorry #truly.”