Vice President Kamala Harris made history at this morning’s inauguration by taking the oath of office and becoming the first female, first woman of color and first person of Asian-American descent to serve as Vice President of the United States. 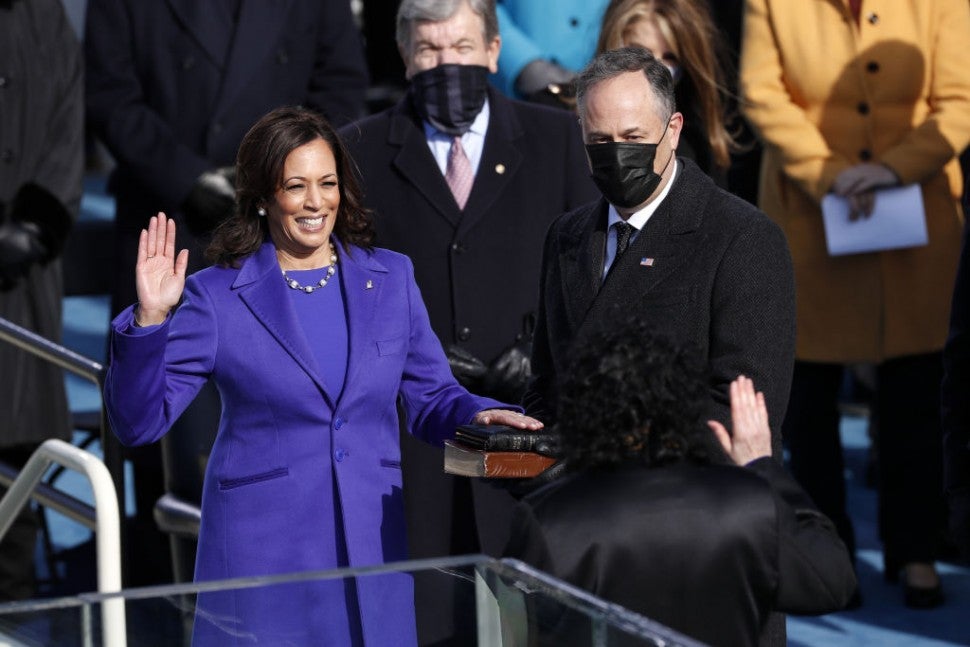 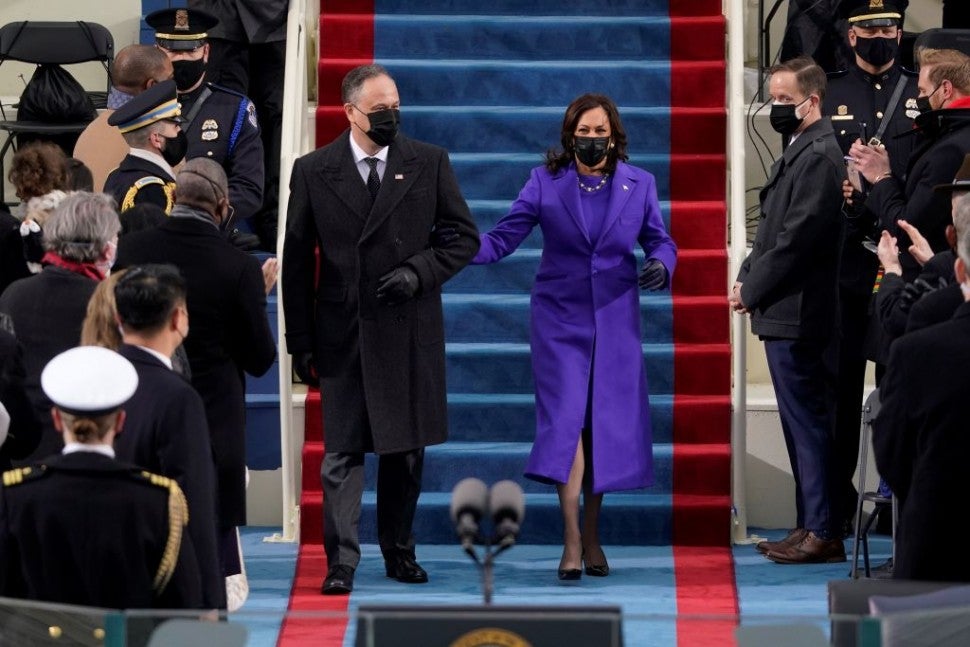 As all eyes were on her during this unprecedented inauguration, the 56-year old Vice President’s outfit had significant meaning as well, as she chose to wear black designer Christopher John Rogers. Rogers is a young, Brooklyn-based Black designer who has dressed many notable women including former First Lady Michelle Obama, Rihanna and Lizzo.

She elegantly accessorized her look with a pearl necklace in honor of her sorority, Alpha Kappa Alpha. 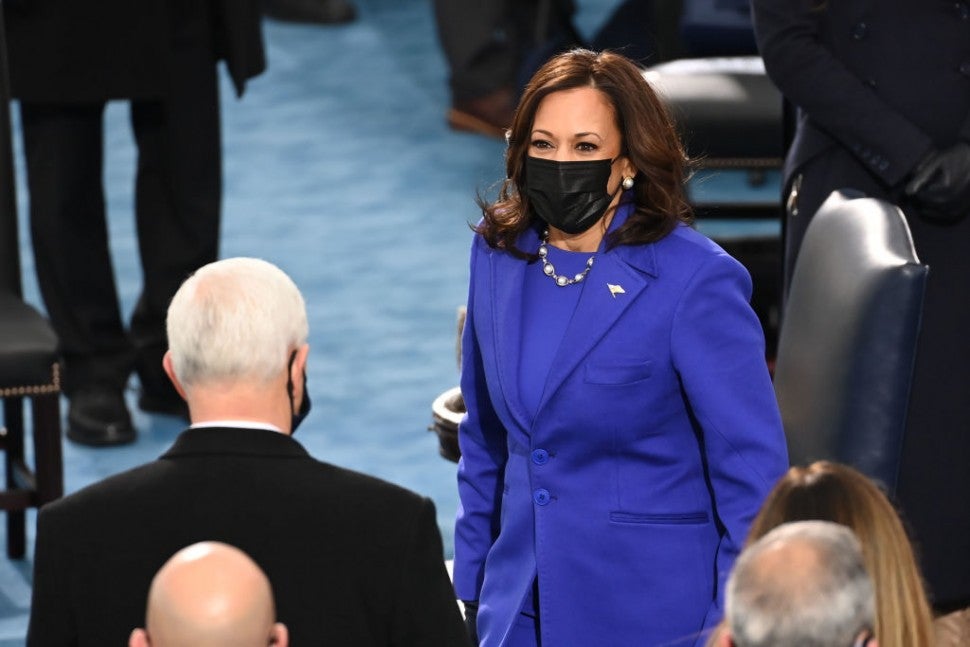 The color purple was also of notable significance as a symbol of unity, a blend of red and blue, of the two political parties. First Lady Dr. Jill Biden also wore the shade on the eve of the inauguration. 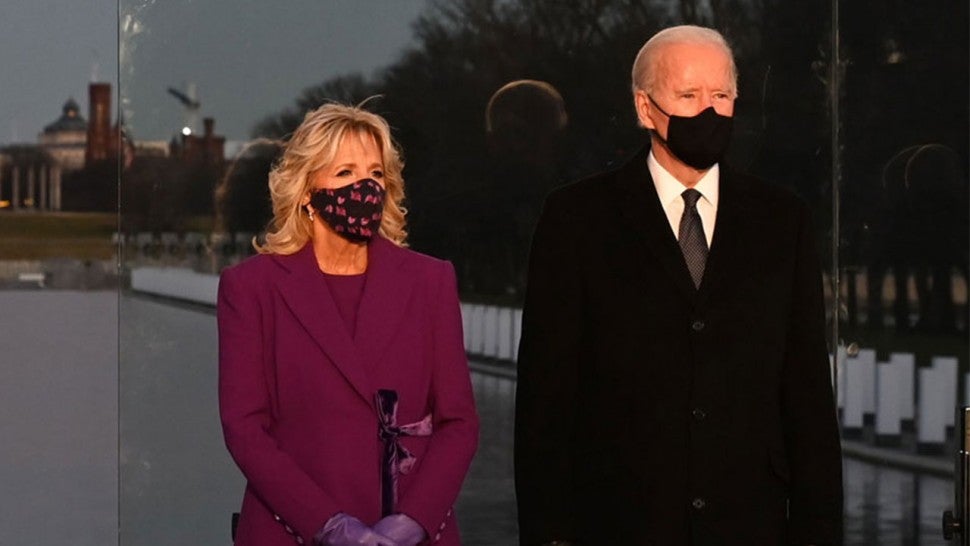 There’s no doubt that Kamala Harris’ sartorial choices will continue to be symbolic throughout her term.