Kanye West, 44, and model Vinetria, 22, have split, according to Page Six. The outlet reported on Dec. 21 that the pair “called it quits after hooking up for a few months.” Kanye has reportedly stopped following Vinetria on Instagram, though she is still apparently following the rapper. Kanye and Vinetria were first reported to be dating in early November. The former couple were also pictured together around that time at Kanye’s Donda Academy’s first basketball game in Minneapolis. They sat courtside for the event.

Kanye is back to single status, but he’s been trying hard to get back together with estranged wife Kim Kardashian, 41. At Kanye’s recent Larry Hoover benefit concert with Drake, Ye put the SKIMS founder on the spot by saying, “Run back to me Kimberly” in a revised outro of his song, “Runaway.” This didn’t sit well with Kim, and just days later, she filed paperwork to officially terminate her marriage to Kanye and be granted legal single status. “[Kanye] and I both deserve the opportunity to build new lives,” Kim said in the filing.

Kim filed for divorce back in Feb. 2021 after seven years of marriage with Kanye and four kids together: North, 8, Saint, 6, Chicago, 3, and Psalm, 2. Although the exes have still spent time together, Kim has moved on from her marriage to Ye. In fact, the Keeping Up with the Kardashians alum is now romantically involved with Pete Davidson, 28. The new couple was photographed together at a movie theatre in Staten Island on Saturday, Dec. 18. HollywoodLife also EXCLUSIVELY revealed that Kim met Pete’s mom, Amy Davidson, while in NY over the weekend. 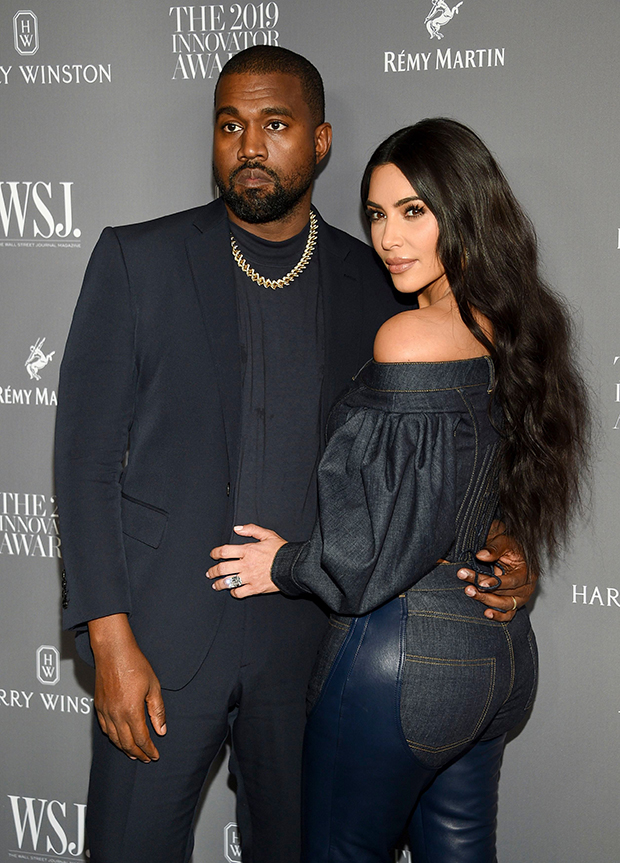 Kanye has yet to publicly address Kim’s new romance with Pete. He addressed his marriage on a recent podcast, and made it clear he still wants to make things work with Kim. “SNL making my wife say ‘I divorced him’ on TV because they just wanted to get that bar off. I never even seen the papers. We’re not even divorced,” he said to the Drink Champs hosts. “They ain’t no joke to me. My kids want their parents to stay together. I want us to be together.”