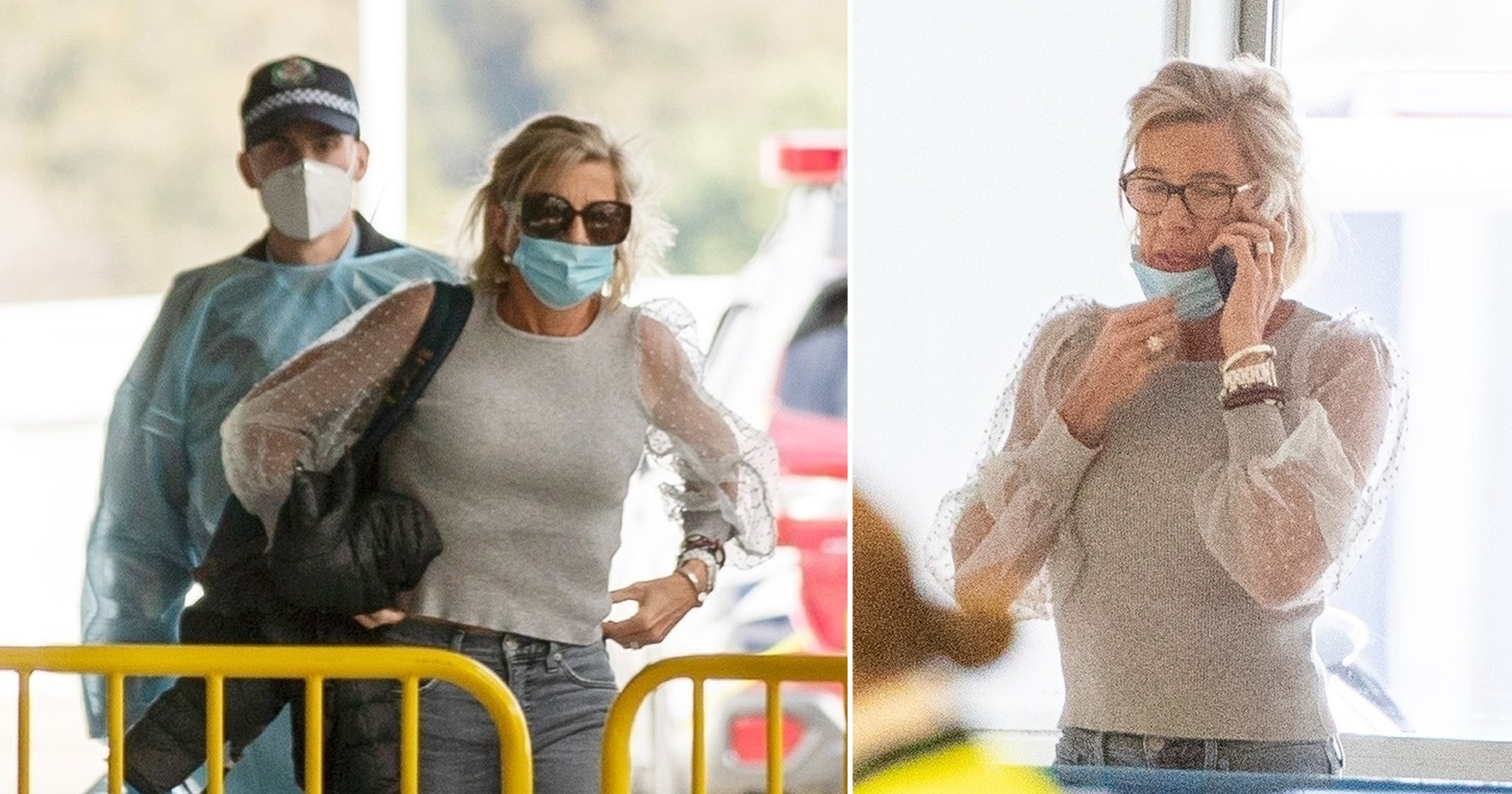 Katie Hopkins has been deported from Australia after sparking outrage by flouting quarantine rules.

The former The Apprentice star, wearing a blue face mask, was seen chatting on the phone as she made her way to her flight on Monday.

She had flown out to Sydney to take part in Big Brother VIP and was immediately placed into two weeks of quarantine in a government-mandated hotel.

However in since-deleted Instagram posts the 46-year-old reportedly called lockdowns ‘the greatest hoax in human history’ and said she was breaking the rules by refusing to wear a mask in the Sydney hotel.

Her comments sparked outrage as Australia battles a Covid surge which has led to its two largest cities, Sydney and Melbourne, being placed into lockdown.

Home Affairs minister Karen Andrews said on Monday that the reality TV star would be deported for her ‘appalling’ behaviour, which also led Big Brother producers to condemn her actions and confirm she would not take part in the show.

Katie later claimed in a further video that she has ‘never broken quarantine’ in Australia adding that her ‘heart goes out to Australians and this brilliant country known for [its] sense of humour’.

The Seven Network, which airs Big Brother VIP in Australia, confirmed on Sunday that Hopkins would not feature in the forthcoming season.

It said in a statement: ‘Seven Network and Endemol Shine Australia confirm that Katie Hopkins is not part of Big Brother VIP.

In a statement on Twitter he said: ‘With NSW & Victoria in lockdown, a reminder that temporary visa holders must obey public health orders.

‘Australian Border Force (ABF) is reviewing this matter. Where visa conditions are breached, individuals may face visa cancellation in accordance with the law.’