The former stripper was spotted packing on the PDA during a day at the beach with Michelle Pentecost during a pre-summer holiday.

Jetting out to Majorca, Spain, Kieran, 32, looked like the cat who got the cream as he ogled at the brunette beauty.

Dressed in a cut-out black swimsuit, Michelle proudly flaunted her curves – topping up her tan in the process.

Featuring a neckline which plunged all the way to her navel, the glam gal left little to the imagination.

In fact, due to the garment was seriously high-cut, Michelle barely kept her modesty intact.

Meanwhile, Kieran opted for a black pair of Adidas swim-shorts.

Appearing to get slightly carried away, the former sex addict was snapped caressing Michelle’s body before snuggling in behind her as they basked in the Mediterranean sun. 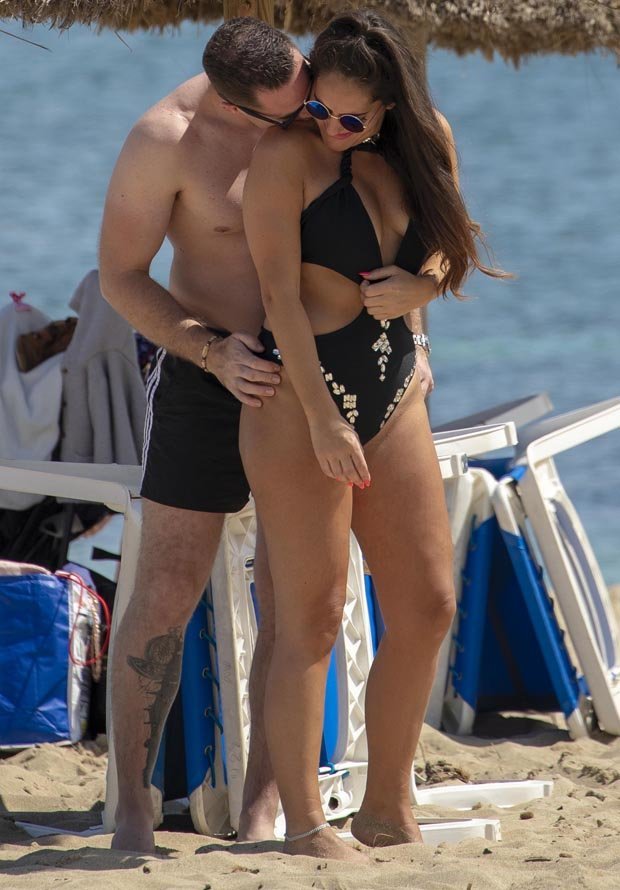 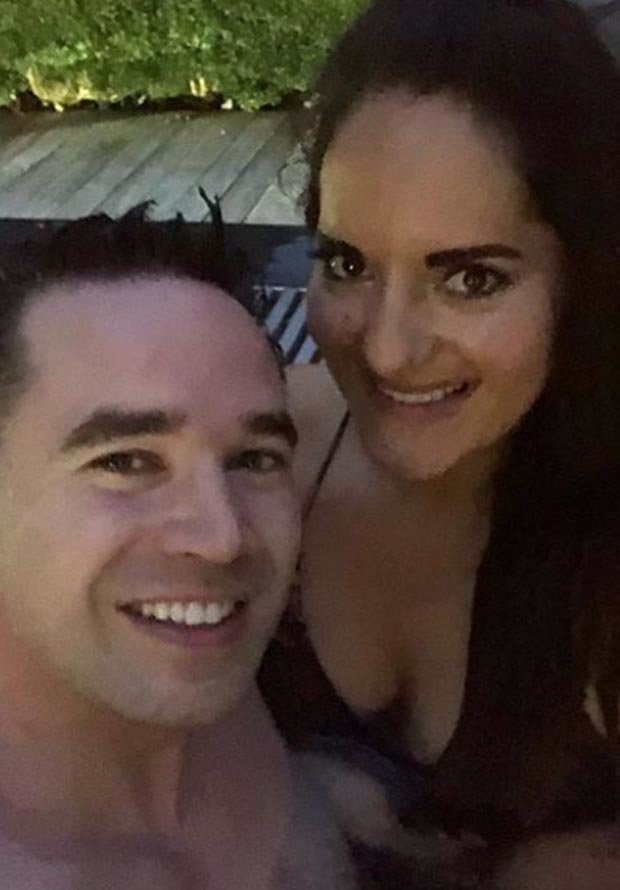 Earlier this year, Michelle and Kieran sparked engagement rumours after being caught shopping for diamond rings.

However as of yet, Kieran hasn’t popped the question.

The couple first went public with their romance in September.

Michelle is thought to be Kieran’s first girlfriend since splitting with Katie in August 2018.

Daily Star Online first revealed Katie and Kieran were over in November 2017 after Katie discovered he had cheated on her with their nanny. 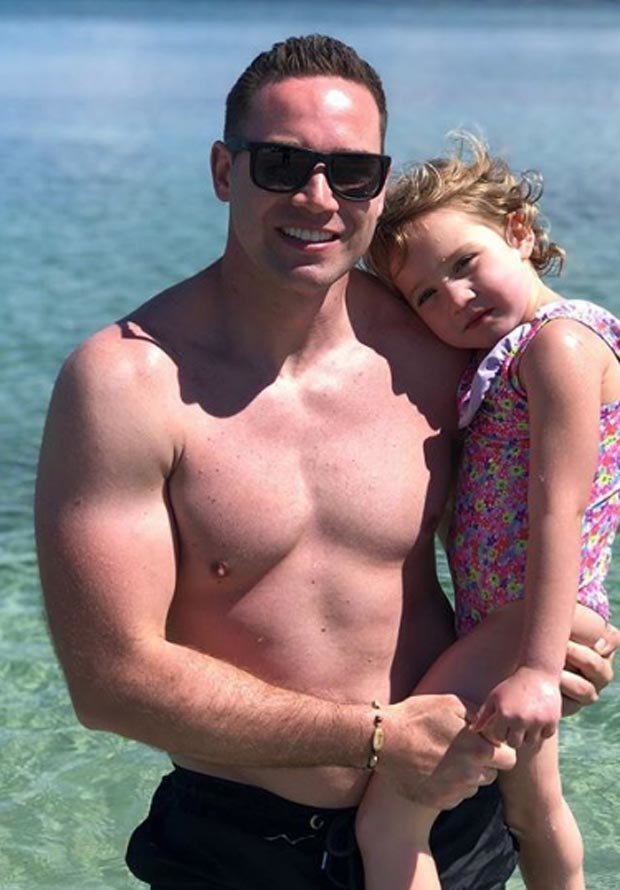 Despite fiercely denying the claims at the time, we revealed how the businesswoman was overheard boozily telling friends at Olivia Buckland’s clothing launch that her marriage was over.

Since the split Katie has battled to keep control of her rocky personal life.

She is currently dating former TV star Kris Boyson after rekindling their romance earlier this year.