Keira Knightley has admitted she was close to turning her back on her acting career when she was in her early twenties.

The Atonement star, 33, has candidly spoken of the struggles she endured after being propelled into the spotlight, with the pressures of fame seeing Keira diagnosed with Post-Traumatic Stress Disorder (PTSD) and suffering a breakdown.

Revealing she came close to ‘giving up’ the film industry in a new interview with The Sunday Times’ Style magazine, the beauty credits her ‘super-solid’ and close-knit group of family and friends for helping her to battle through the low period. 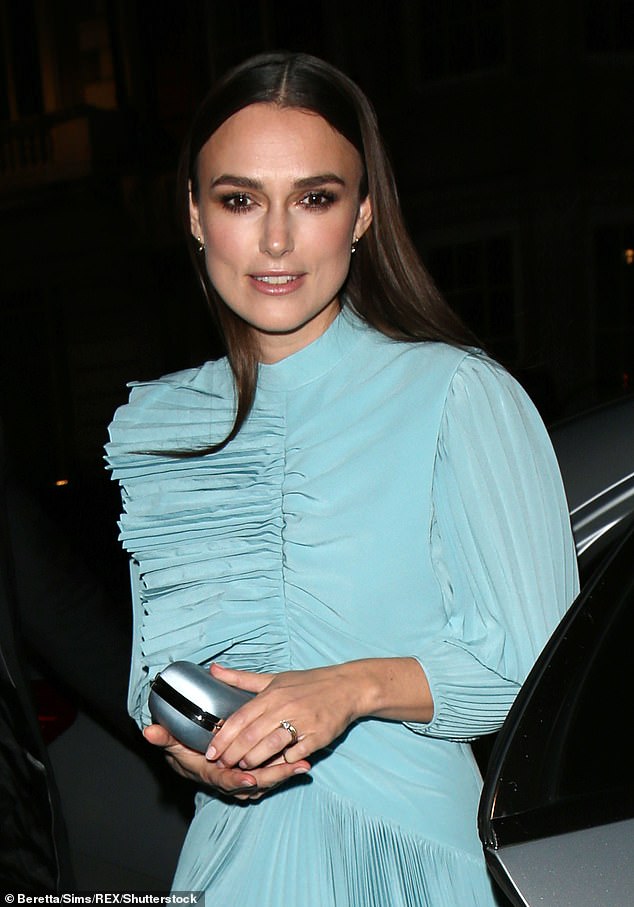 Battles: Keira Knightley, 33, has admitted she was close to turning her back on her acting career when she was in her early twenties, after suffering a breakdown

Keira found herself propelled into the limelight at just 17, following her breakthrough role in 2002 hit Bend It Like Beckham, and was given an Oscar nod for Best Actress, four years later, after starring in Pride and Prejudice.

By 23, she was reportedly the ‘second highest-paid woman in Hollywood’, but her success came at a price, as Keira suffered a breakdown at 22 following a ‘very intense and lonely’ period.

Recalling how she felt pressured by her new-found stardom and the attention that followed her, Keira admits that she did consider turning her back on it all.

‘I did think about it,’ she says. ‘Particularly at the point when I had a breakdown.’ 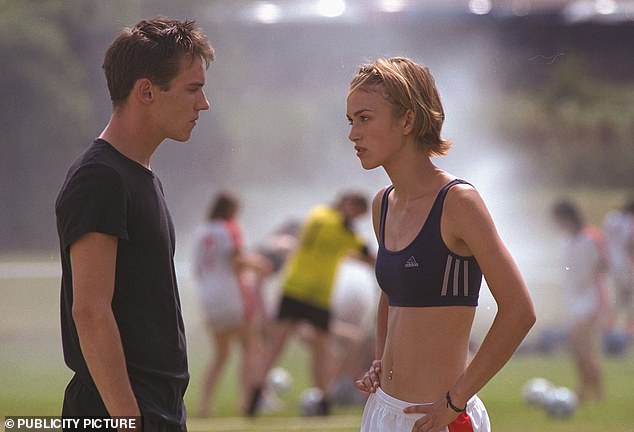 Stardom: Keira found herself propelled into the limelight at just 17, following her role in 2002 hit Bend It Like Beckham – but struggled with the media attention she received as a result

She explained how she struggled with Hollywood’s perception of its stars and found her appearance scrutinised, with rumours circulating that she had an ‘eating disorder’.

Claiming she couldn’t win, Keira reveals how she tried both putting on weight and losing it, but was criticised for both, and found the constant struggle to be ‘perfect’ overwhelming.

So much so, that she was diagnosed with PTSD and suffered panic attacks that saw her take a year-hiatus from her work.

While she admits her family and friends had wanted her to ‘give up’ her Hollywood career, Keria claims it was her close-knit group of loved ones that got her through the difficult period she had to endure. 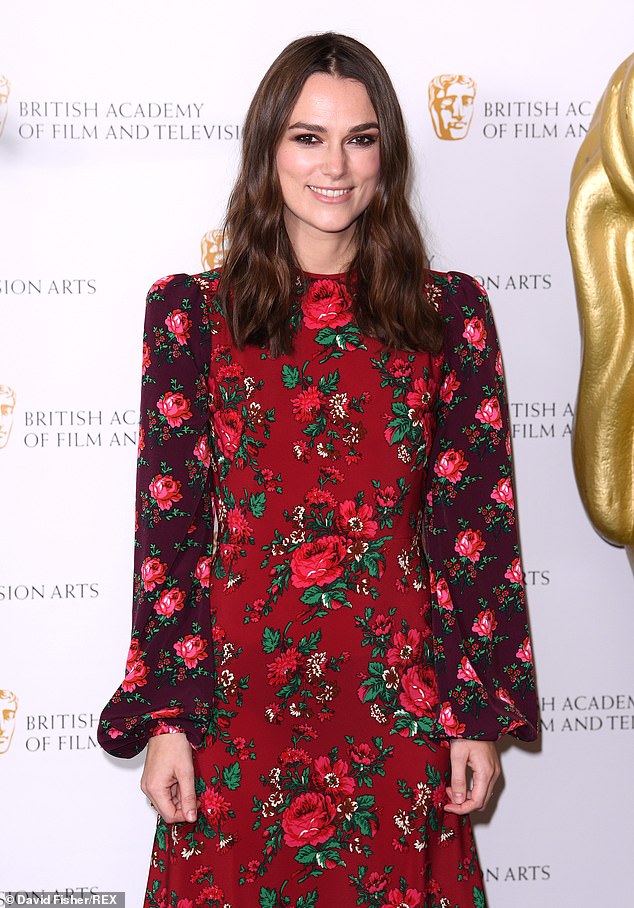 Difficult time: Keira was diagnosed with PTSD at 22 years old and suffered panic attacks that saw her take a year-hiatus from her work

‘I have a super-solid background and thank f**k for that,’ she says. ‘My family and my small, but very close, group of friends just wrapped me up. And, I think, without that, it would have been a very different story.’

Keira candidly spoke of her breakdown in October, revealing her PTSD diagnosis as a a result of being ground down by the constant media attention she received.

She told Hollywood Reporter: ‘It’s amazing looking back at it from the outside – you’re like, “Woah, that was hit after hit after hit!” But, from the inside, all you’re hearing is the criticism, really.’

‘I literally felt like I was worthless,’ she said, before adding in the publication’s podcast: ‘I felt pretty much like actually I didn’t exist and I was this weird creature with this weird face that people seemed to respond to in quite an extreme way.’ 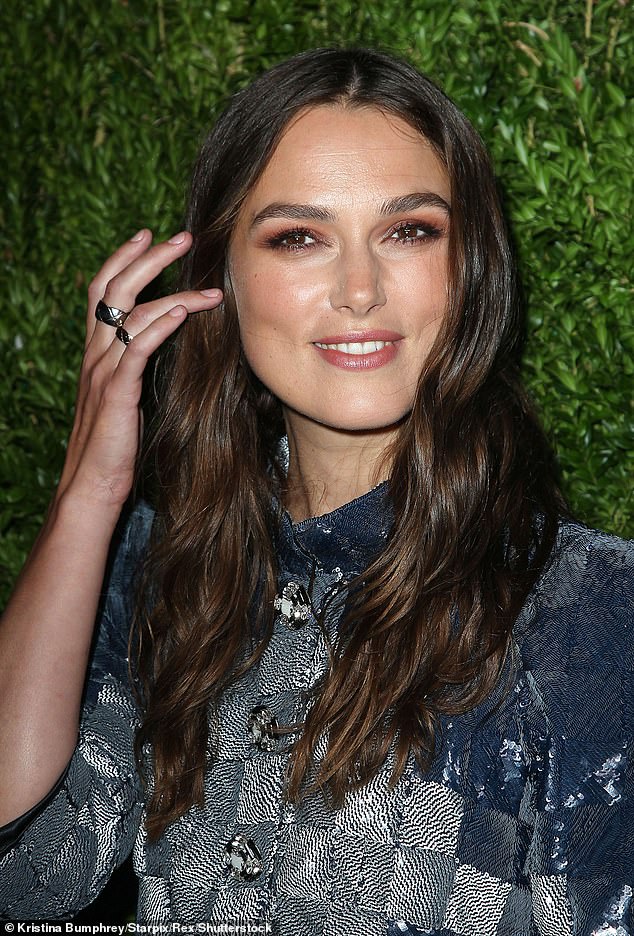 ‘They just wrapped me up’: She claims it was her close-knit group of loved ones that got her through her difficult period, revealing: ‘I have a super-solid background and thank f**k for that’

‘I did have a mental breakdown at 22, so I did take a year off there and was diagnosed with post-traumatic stress disorder because of all of that.’

It later came to light that Keira was unable to leave the house for three months, prior to the 2008 BAFTA awards, and had to undergo hypnotherapy before taking to the red carpet to prevent her from having a ‘panic attack’.

Since then, Keira has become notorious for keeping her life away from the big screen private.

She is married to husband James Righton – known for being in The Klaxons – and they share daughter Edie, three. 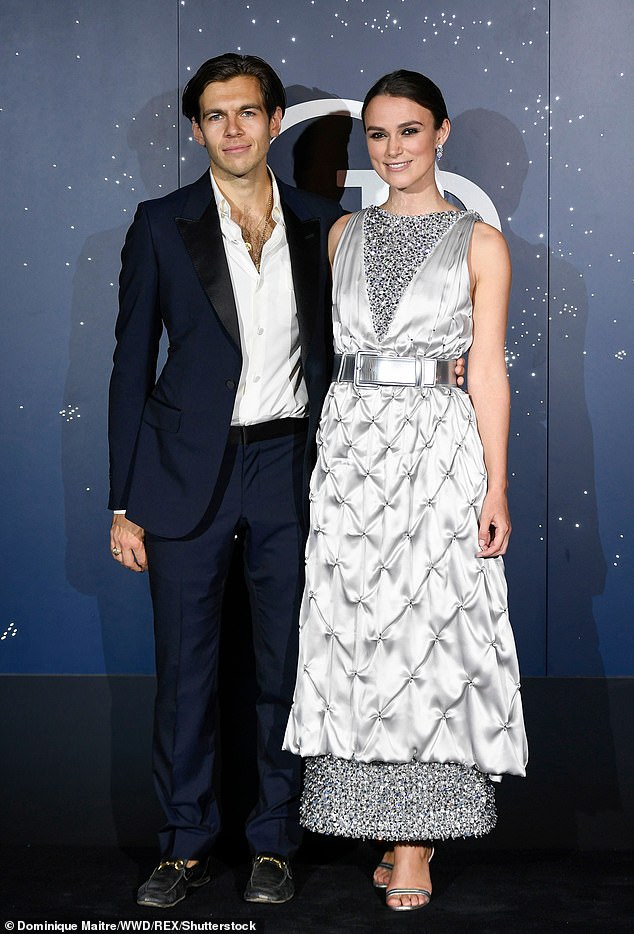 Speaking with Style magazine, Keira credits husband James as a ‘wonderful father’ and admits the singer has had to ‘majorly put his life on hard’ by looking after Edie on ‘every single’ film shoot Keira has had since welcoming their little girl.

While she admits she is the ‘predominant breadwinner’ in their relationship, Keira claims the duo try to equally share their parenting duties.

She and James tied the knot in 2013 in the South of France, two years after they first began dating.

Keira, meanwhile, has wrapped filming for new movie Official Secrets, set for a 2019 release, and has three more movies in post-production. Fans will see her as the Sugar Plum Fairy in The Nutcracker and the Four Realms, and Keira takes on leading roles in Berlin, I Love You and The Aftermath. 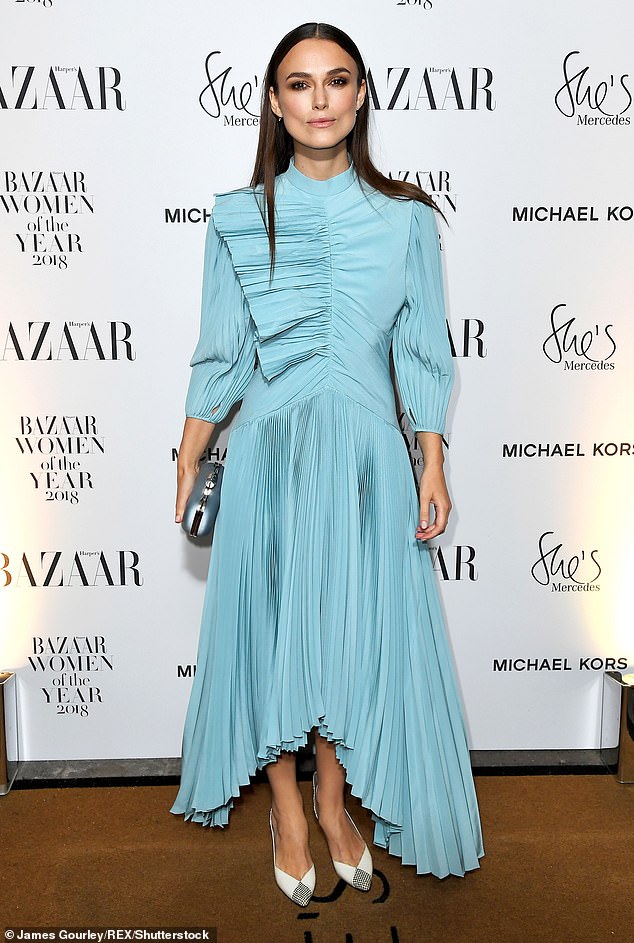 In demand: Keira, meanwhile, has wrapped filming for new movie Official Secrets, set for a 2019 release, and has three more movies in post-production