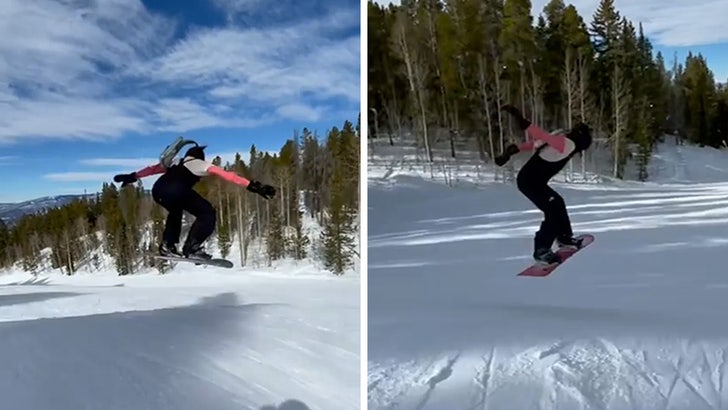 Here’s video of Kendall Jenner absolutely carving up a mountain on a snowboarding trip in Aspen on Wednesday — reaching high speeds and hitting jumps with ease!

The supermodel (and Booker’s girlfriend) posted the footage of her epic run to her social media page … and it’s clear, she’s got skills on the board.

Kendall flew down the mountain and stuck the landing on two jumps … and then nearly landed a third one flawlessly before she skidded to a stop on her backside.

Of course, the Shaun White-style athleticism shouldn’t surprise anybody — Kendall’s got great genes (thanks, Caitlyn Jenner!) and is one of the most in-shape people on the planet.