Kendall and Kylie Jenner were photographed while joining their sister Kim Kardashian and mom Kris Jenner for a fancy dinner at Craig’s restaurant in Los Angeles and they all wore stylish black outfits.

It was a glamourous dinner night for most of the KarJenner women on Friday! Kendall Jenner, 25, and Kylie Jenner, 23, stepped out looking incredible while joining their equally incredible-looking older sister Kim Kardashian, 40, and mom Kris Jenner, 65, for a bite to eat at Craig’s restaurant on June 4. The foursome wore different stylish black outfits for the occasion and were all photographed separately while outside the dining location. 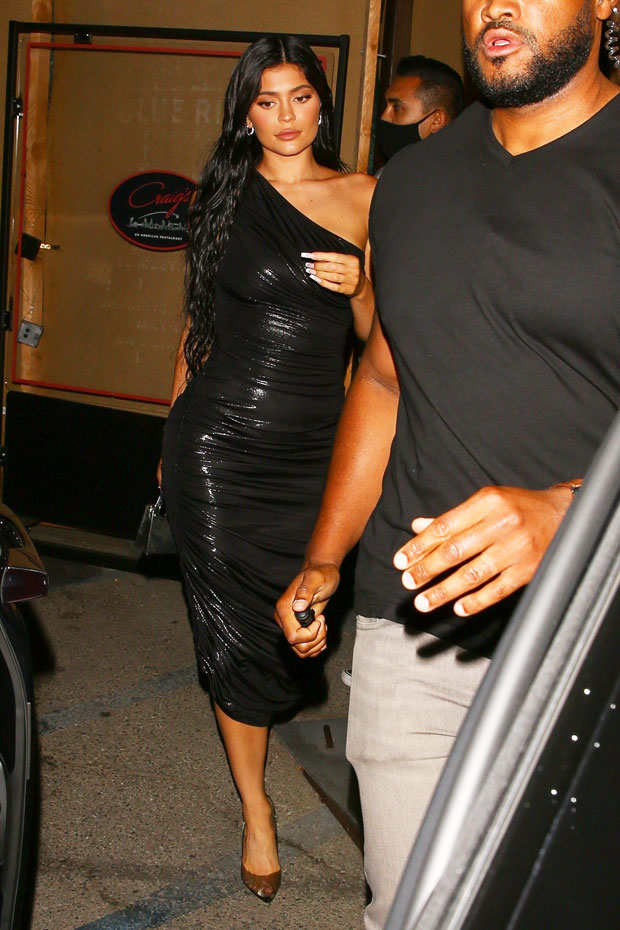 Kylie donned a figure-flattering black dress that covered only one shoulder and brown heels. She had her long wavy locks down and wore small silver hoop earrings. She also carried a matching black purse as she stayed close to a security guard. 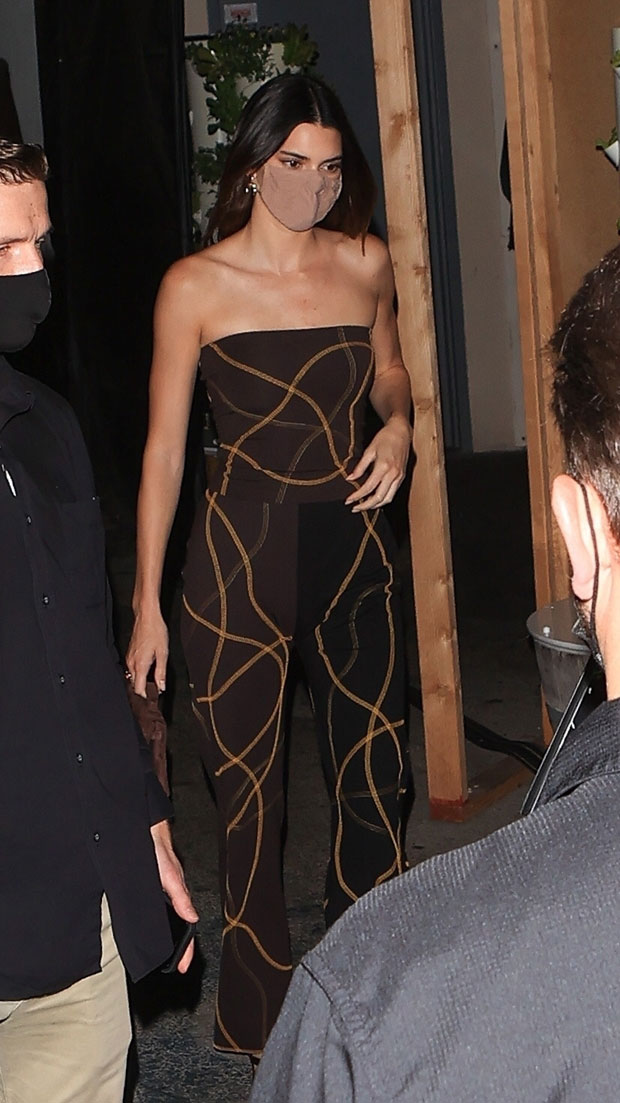 Kendall looked amazing in a long strapless sheer black junpsuit that had golden swirly designs all over it. She also had her dark hair down and wore a beige face mask. The model topped the look off with her own matching earrings. 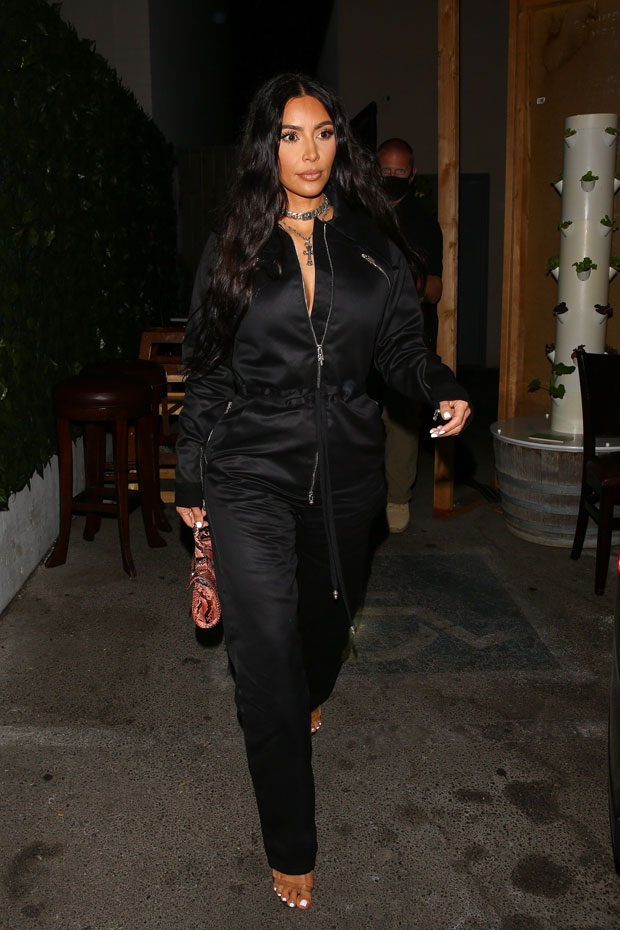 Kim also made an appearance in her own eye-catching black wardrobe choice. It included a long-sleeved black zip-up jacket and matching black pants. She added necklaces to the look and had her nails painted white. She also carried what appeared to be a red snakeskin purse and clear slip-on shoes. 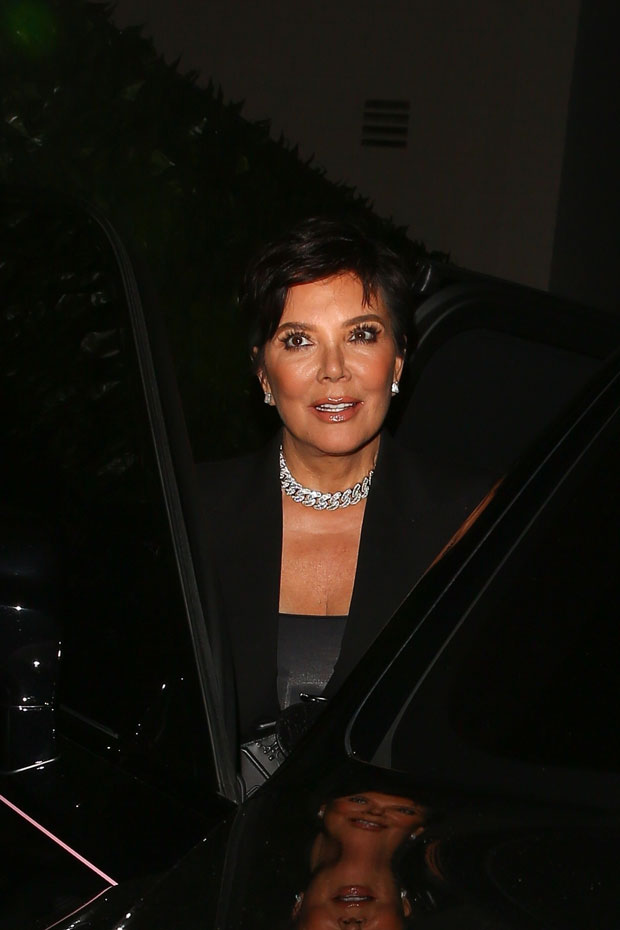 Kris proved she can look just as fashionable as her daughters when she showed off a black top under a black jacket for the dinner. She also wore what appeared to be a diamond necklace and earrings as she was photographed outside of a car.

The classy outing for the mom and sisters comes as their show, Keeping Up with the Kardashians, has been making numerous headlines in its final season. One of the latest moments to make waves is one involving Kim and her struggles with husband Kanye West, 43, whom she filed for divorce from in Feb. In a flashback on the June 3 episode, the mother-of-four could be seen hysterically crying over the rapper and his decision to move to “a different state every year.”

“I just, like, honestly can’t do this anymore,” she said to her sisters in the scene. “Why am I still in this place where I’m stuck for years? He goes and moves to a different state every year. I have to be, like, together so I can raise the kids.”

She also talked about how she thinks Kanye needs someone who can support his moves and admitted to feeling like “a failure” and “loser” before things calmed down. Although their divorce has been making headlines since the filing, Kim and Kanye have yet to publicly address the status of their marriage.