Kit Harington’s height has been addressed on Game of Thrones with his on-screen love-interest Daenerys Targaryen (played by Emilia Clarke) even speaking about it.

And now the 32-year-old actor has admitted he has has to wear high heels whilst filming to make him taller.

Kit reportedly comes in at five foot seven while Emilia Clarke is listed to be five foot two.

Speaking about the epic Battle of the Bastards episode, Kit, who plays Jon Snow, revealed his height was propped up.

Discussing his heavy Jon Snow costume, he told Esquire: “So my costume weighed 33 pounds, and you’d carry all of that on your shoulders all day.

“So 33 pounds for 10 hours. And then you’ve got the sword, and that weighs two kilograms, which is another X number of pounds. [It’s four pounds and change.]”

Kit continued: “Plus, I was in f***ing high heels, because I’m short and they need me to look taller than other people, so I’m carrying 50 pounds in high heels.”

His revelation comes after Gwendoline Christie, who plays Brienne of Tarth, revealed her own costume secret.

The actress admitted it’s not easy playing the character, due to her extremely heavy costume which she wears at all times.

Speaking about Brienne getting knighted by Ser Jaime Lannister (played by Nikolaj Coster-Waldau) in season eight, episode two of Game of Thrones, she told ELLE: “It was the culmination of blood, sweat, tears, and one very grumpy bear. 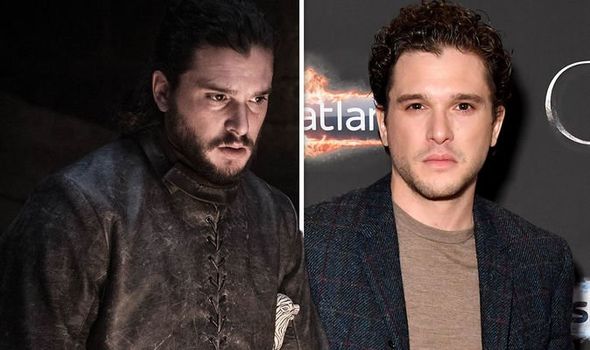 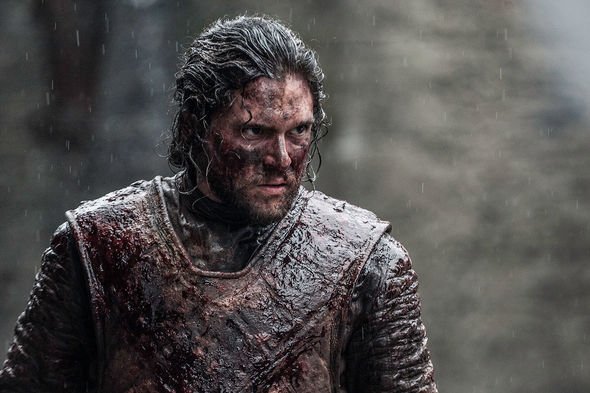 “It also put considerable weight on Christie’s shoulders, and not just emotionally.”

“You put it on for the first time, and you can’t move,” she said.

Gwendoline admitted she has to “overcome” the problem, which adds to her character.

“So as the character, you’ve got an obstacle to overcome just to move in your own clothing. I think that’s a really interesting insight,” Gwendoline continued. 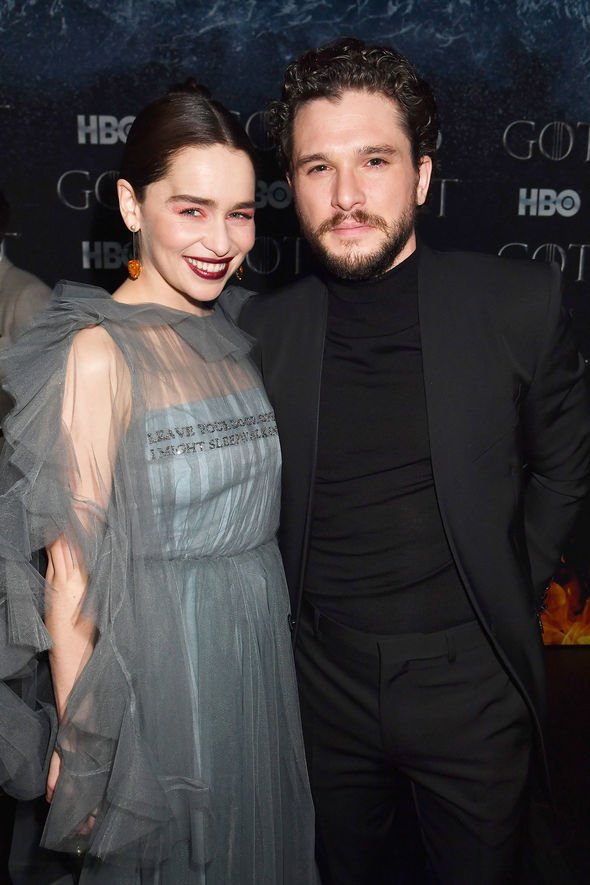 “It always starts in part with the costume, because clothing is really important.

“It’s the language we choose to communicate how we feel about ourselves.”

Meanwhile, the trailer for episode three, season eight of Game of Thrones teases a bloodbath between the North and the White Walkers.

Brienne can be seen at the forefront of the battle whilst Arya Stark (Maisie Williams) runs with blood on her face.

Game of Thrones season eight, episode three airs Sunday on HBO and is simulcast to Sky Atlantic at 2am on Monday morning.