The ‘Keeping Up With The Kardashians’ star and her boyfriend looked incredibly happy as they grabbed dinner in West Hollywood.

Love is in the air! Kris Jenner, 65, and Corey Gamble, 40, seem completely smitten with each other, as they went to get a bite at Craig’s restaurant in West Hollywood on Tuesday September 14. The pair’s bond doesn’t seem like it could be stronger, as Kris was photographed smiling large, as she held hands with her beau. In another photo, Corey looked like he was admiring the KUWTK star, as they left their date. 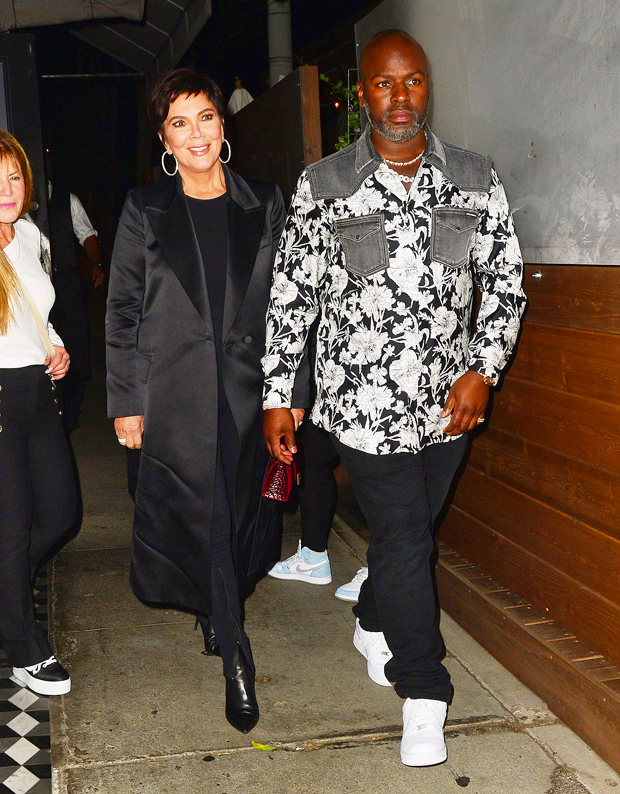 Kris rocked a simple but stylish all-black outfit for the dinner date. She had a flowing black coat over the whole outfit and sported a pair of black, high-heeled boots, and held a dark red clutch. The celebrity mogul also wore a large pair of hooped earrings to accessorize. Corey wore a similar black outfit, but his top was decorated with a white, floral design. He also went with a pair of white sneakers for the romantic night on the town. 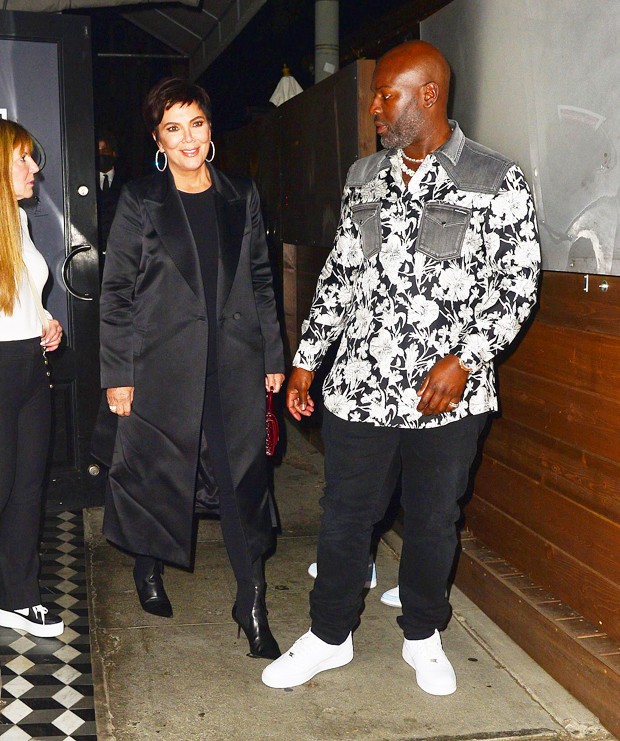 The lovely date night was only one of Corey and Kris’s most recent nights out together. The pair have had quite a busy summer, as have so many members of the Kardashian family. Kris and Corey have both shown off their great sense of fashion on so many occasions, like when the KarJenner matriarch sported a shining, bright pink suit to Paris Hilton’s engagement party. Back in August, the pair went to Venice, Italy for the Dolce & Gabbana fashion show, and the pair were often spotted out and about, dressed to the nines. Even though they were in the Floating City for the fashion show, they still found time to take in a relaxing boat ride together.

Besides some of her other great looks, Kris is also preparing to become a grandmother once again, when her daughter Kylie Jenner has her second child. Kris said that she’s “really excited” for her daughter’s new little one at the Met Gala on Monday night. “Number 11. It’s really great,” she said as she arrived.