Kylie Jenner and Travis Scott haven’t officially been a couple since fall 2019, though it hasn’t stopped fans from speculating that the two might still get back together. Despite fans’ hope, Jenner seems to be doing just fine without her ex; the reality star and beauty mogul just showed off an iconic Valentine’s Day outfit on Instagram. 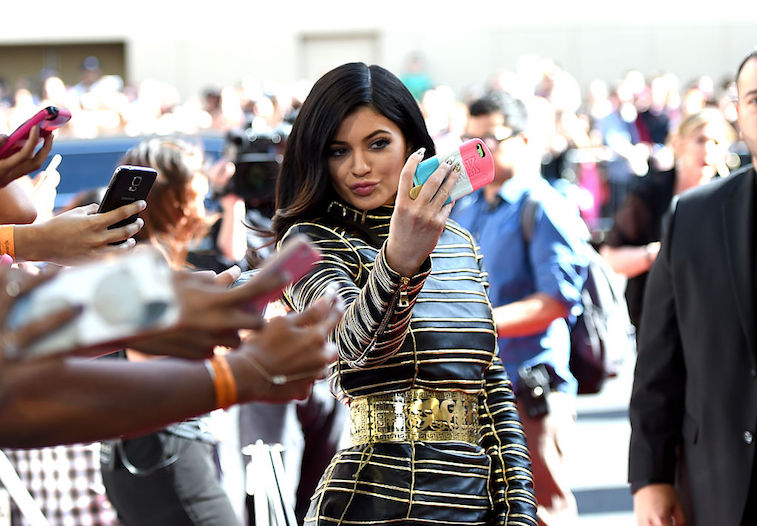 Jenner and Scott dated for two and a half years

When Jenner and Scott first started dating, fans didn’tthink much of their relationship. Jenner had recently ended a relationship withrapper Tyga and seemed to be only casually spending time with Scott. However,only about two months into their relationship, the couple learned they wereexpecting a child.

Jenner managed to keep her pregnancy a secret, and in February 2018, the two welcomed their daughter, Stormi. They stayed together for about two and a half years total before the two announced their split last October.

Despite dealing with a pretty serious breakup, Jenner didn’ttake much of a social media break when she and Scott split. Jenner is one of the most-followed celebritieson the social media app, with just over 162 million followers.

Jenner continues to slay with her outfits, hair, and nails, and she loves showing her looks off to her fans. She also posts hilarious photos and videos of her daughter, Stormi; she and Scott just got together to throw their little girl a massive second birthday party.

favorite day of the year ⛈

Instagram has always been the best way for Jenner to keep her followers up to date with her life, and she loves to show off her glamorous looks. Though Jenner is not in a relationship (despite some rumors that she’s been dabbling in the dating scene), she still made sure to wear a fire Valentine’s Day outfit.

The Kylie Cosmetics founder posted a photo sporting a bright red one-piece outfit paired with a diamond watch and what appeared to be a ruby red, crystal-adorned clutch. “Someone said there was a vday party,” Jenner’s caption read, complete with three heart emojis. Jenner didn’t appear to have a date for the night, and she didn’t need one — she proved she’s doing just fine without Scott (or any other man) in her life.

someone said there was a vday party♥️♥️♥️

There have been rumors the two might get back together

Ever since the breakup, Jenner and Scott have been co-parenting extremely well. So much so, that fans are convinced the two will get back together. And sources close to the couple said the two were getting super cozy at Stormi’s recent birthday party. Jenner also posted some loving photos with Scott and Stormi on her daughter’s big day, and it looked as though, at the very least, the two will have always have a close relationship.

Jenner was once rumored to be dating Drake, but it didn’tappear to come to fruition. There hasn’t been any confirmation that the romanceis back between Jenner and Scott, but anything is possible.