“Are we making history or what?” Lady Gaga asked the packed crowd at a special invitation-only concert at the Apollo Theater on Monday night.

The pop star was in Harlem playing her very first show at the historic venue to celebrate SiriusXM’s acquisition of the Pandora streaming service, which took place earlier this year.

Gaga performed a set list filled with her biggest hits, including “Just Dance,” “Poker Face,” “Bad Romance,” and “Telephone.” The show loosely followed the plot of her current Las Vegas residency, “Enigma,” complete with dancers in day-glo costumes and a digital being who leads the singer on a journey to learn more about herself.

Halfway through the show, Gaga told the crowd, “We have a lot of things to celebrate ― it’s WorldPride Week,” referencing celebrations of the LGBTQ community taking place in New York City. “I think Pride should exist 365 ― all year ― but I’ll take a fucking global week!” she added.

She also noted that Friday is the 50th anniversary of the Stonewall riots, an event many designate as the birth of the modern LGBTQ rights movement.

“That was when our community said ‘enough is enough!’” Gaga said before giving a quick shoutout to trans icon Marsha P. Johnson, one of the rioters at Stonewall that night. 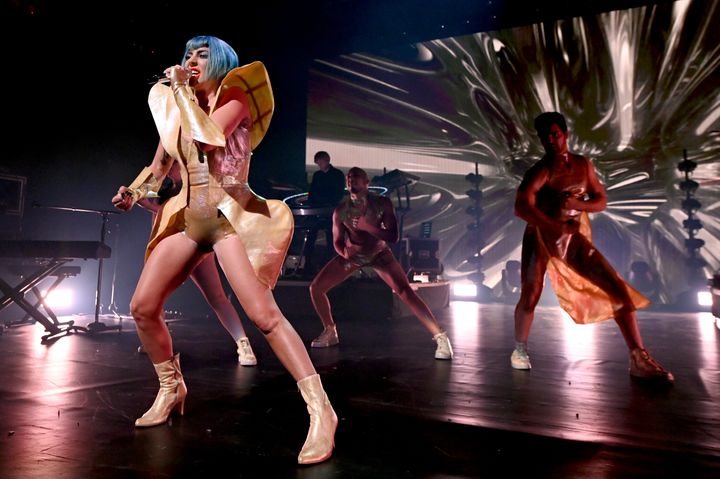 Gaga, who identifies as bisexual, then thanked her fans for “showing and teaching me,” and revealed something “very important” that she’d learned from them:

I wish to share this with anyone who is listening ― not just in this theater, but around the world ― ask the question: What is your pronoun? Because for a lot of people it’s really hard and their pronoun is not respected or they’re not asked, and for me, I’ve grown and changed over the years in a lot of different ways. I’ve felt misunderstood in a lot of different ways. All of our hardships are different ― I don’t mean to compare ― I just mean to say we’re in this together and I’ve had a million reasons to want to give up, but sometimes, if you’re lucky you just need one good reason to stick around.

The pop star then launched into a performance of her song “Million Reasons” from 2016′s “Joanne” album. 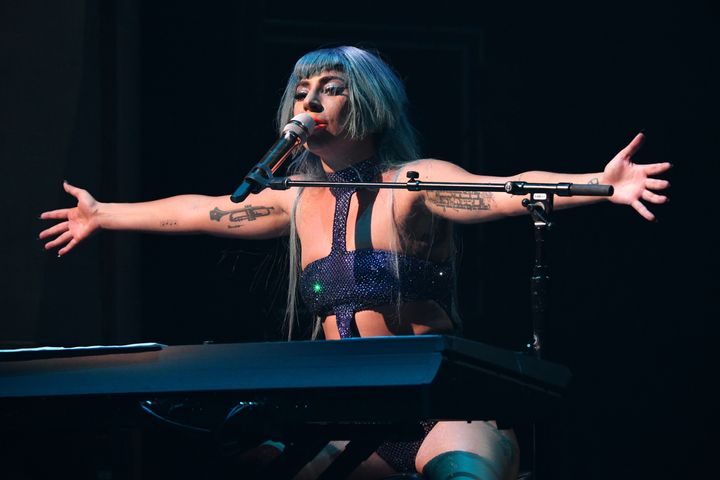 After playing several more fan favorites, including the LGBTQ anthem “Born This Way,” Gaga finished the show by performing her Oscar and Grammy-winning hit “Shallow” from the 2018 film “A Star Is Born.”

Gaga’s appearance at the Apollo marked her first performance at the iconic venue, which has featured some of the biggest names in music ― including Ella Fitzgerald, Sammy Davis Jr., James Brown, and Lauryn Hill ― since it opened its doors in 1914. 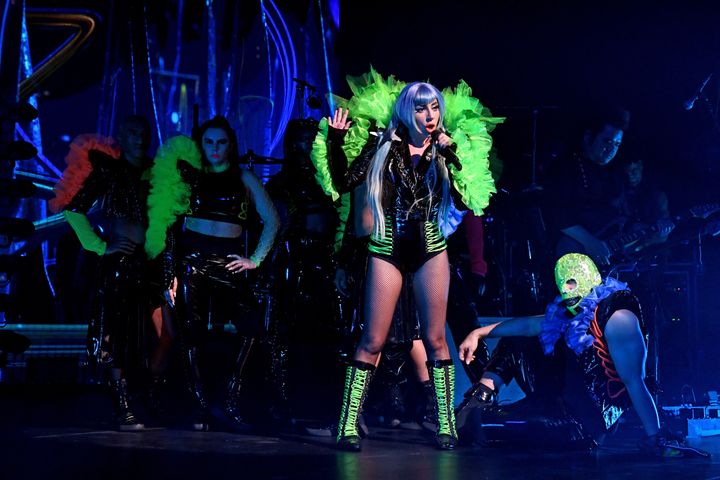