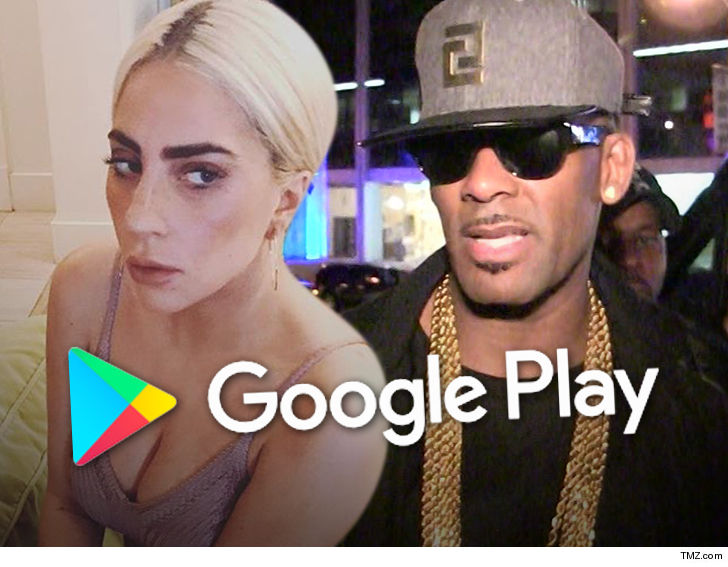 Lady Gaga ﻿hasn’t completely followed through on her promise to remove her song with R. Kelly from streaming platforms, because their collab is still available for purchase on Google Play Music. 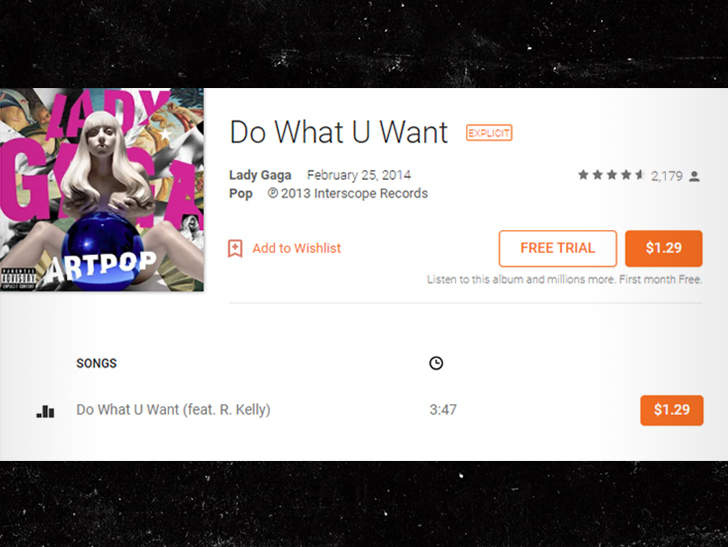 Gaga said 6 days ago she was pulling the collab from iTunes and other streaming services as an act of solidarity with the women Kelly allegedly abused.

It HAS been disabled on iTunes, Spotify and YouTube. It’s unclear if Google Play was overlooked, or if the purge just hasn’t gotten to the platform yet.

As you know, Celine Dion, Ciara, Chance the Rapper and the Pussycat Dolls followed in Gaga’s footsteps and pulled or are in the process of pulling their collabs with R. Kelly in the wake of Lifetime’s docuseries, “Surviving R. Kelly.” Still, it’s interesting that Gaga and Kelly’s song hasn’t been completely scrubbed.

We’ve reached out to Google and Gaga … so far, no word back.