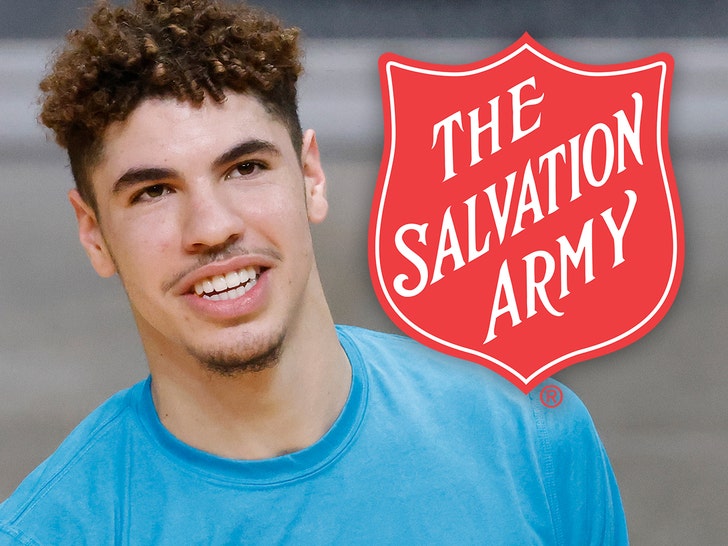 The Salvation Army has a new soldier — and it’s LaMelo Ball … who just donated 500 blankets to help the homeless in Charlotte keep warm during an ice-cold winter.

A spokesperson for the Charlotte Salvation Army tells TMZ Sports … the donation marks Melo’s first time working with the organization, but they’re very excited to partner up with the 19-year-old Charlotte Hornets rookie.

And, the donation couldn’t come at a better time … we’re told Charlotte has seen a 25% increase in the homeless population since the COVID pandemic began. Plus, temperatures in the area are expected to dip into the low 20s in the next few weeks.

“There’s a lot of need out there so we’re thankful when people like LaMelo step up to provide something like this,” the spokesperson tells us.

NBC Charlotte’s Ashley Stroehlein visited one of the Salvation Army locations that received some of the blankets … and the staff was stoked!!

And, by the way … we’re told several Charlotte Hornets players have a great relationship with the Salvation Army. Same with the Carolina Panthers.

So, props to everyone helping out … especially when families need it the most.

On the court, Melo is killin’ it this season — averaging 12.7 points & 6 assists per game … and he’s looking like a serious Rookie of the Year candidate.