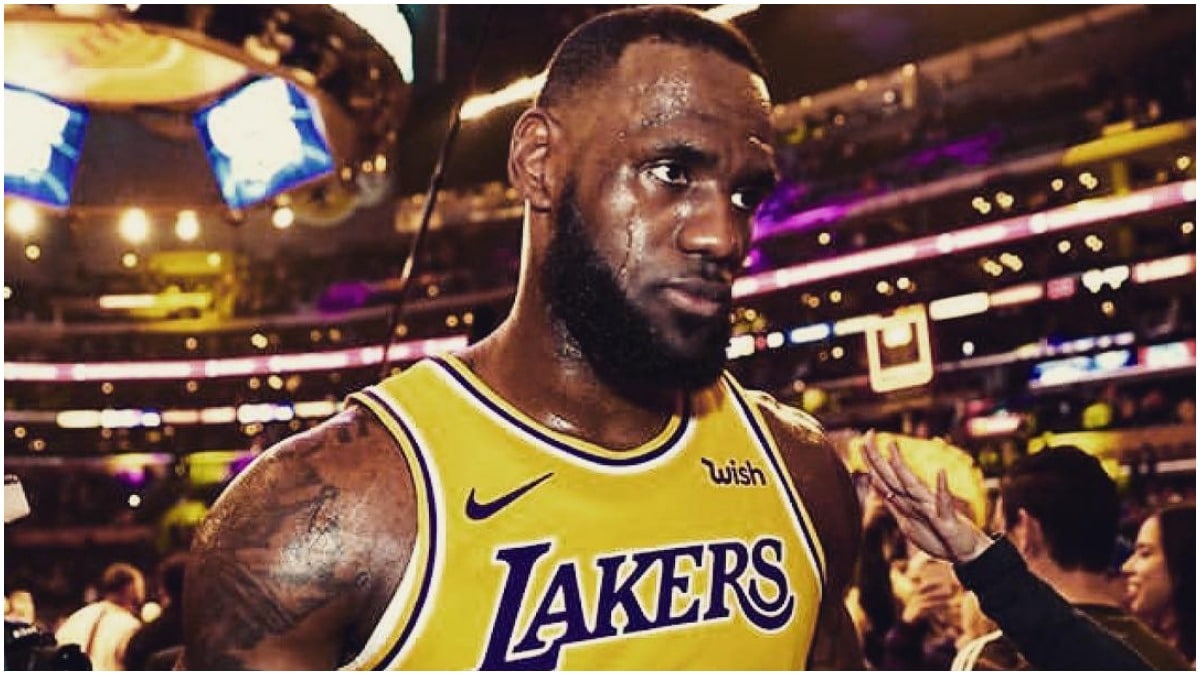 LeBron James doesn’t usually call out his teammates much after losses but he seemed very disappointed after his Los Angeles Lakers lost to a New Orleans Pelicans team that chose to sit their biggest star in Anthony Davis.

After the game, LeBron sat in front of his locker and asked if his teammates had the experience needed to understand the urgency of the team’s place in the standings.

“How many know what’s at stake if you’ve never been there?” James told ESPN when asked about his Lakers falling behind the Pelicans by up to 20 points at one point on Saturday night.

LeBron then said that when a player has never been in a position like this, they can get uncomfortable, and the key is for players to get “comfortable with being uncomfortable.”

“It kind of looks that way at times, that sometimes we’re afraid to be uncomfortable and kind of get out of our comfort zone and kind of, you know, have that sense of urgency from the jump, and not be afraid to actually go out and fail to succeed,” James said.

LeBron James pointed out that there are 23 games left and he will just have to wait and see what happens.

The news kept getting worse for the Los Angeles Lakers, as they watched the Sacramento Kings beat the Oklahoma City Thunder on Saturday night as well.

It also doesn’t help that the Lakers will be without Lonzo Ball for even longer, as a bone bruise will keep him out longer than the six predicted weeks.

Lonzo has a bone bruise and will miss even more time! ??

Posted by LeBron James: The greatest on Saturday, February 23, 2019

LeBron James has played in 239 playoff games in his career. The rest of his teammates have combined for a total of 289 playoff games, with Kyle Kuzma, Josh Hart, Brandon Ingram, Moe Wagner, Alex Caruso and Lonzo Ball never reaching the playoffs in their NBA careers.

“I’m so huge on chemistry and camaraderie, and throughout the course of the season with injuries … [they] have felt like it’s taken a toll on our team,” James said. “So hopefully we can get Zo back soon to kind of help that out. And hopefully, we can start playing a little bit better, too.”