Over the past few years, YouTube has been harshly criticized for failing to censor violent or harassing content, while simultaneously allowing racist, misogynistic, or conspiracy theory-promoting content to thrive on the platform. And while the platform has since taken a few steps to correct this, banning those peddling harmful autism “cures” and conspiracy theorists of various stripes, many are arguing that the platform took a giant step in the wrong direction when it announced that it would not be taking action against a right-wing vlogger accused of harassing a gay journalist.

On Tuesday, YouTube issued a public response on Twitter to multiple complaints from Carlos Maza, a popular YouTuber and host of the Vox series Strikethrough. Last week, Maza posted a montage of clips of the right-wing vlogger Steven Crowder using racist and homophobic language to mock Maza, referring to him as a “lispy queer,” “little queer,” and “the gay Vox sprite.” In a series of tweets, Maza argued that Crowder had targeted him for harassment over the past few years and that he had encouraged his followers to harass Maza as well, saying that he had faced a “wall of homophobic/racist abuse on Instagram and Twitter.” 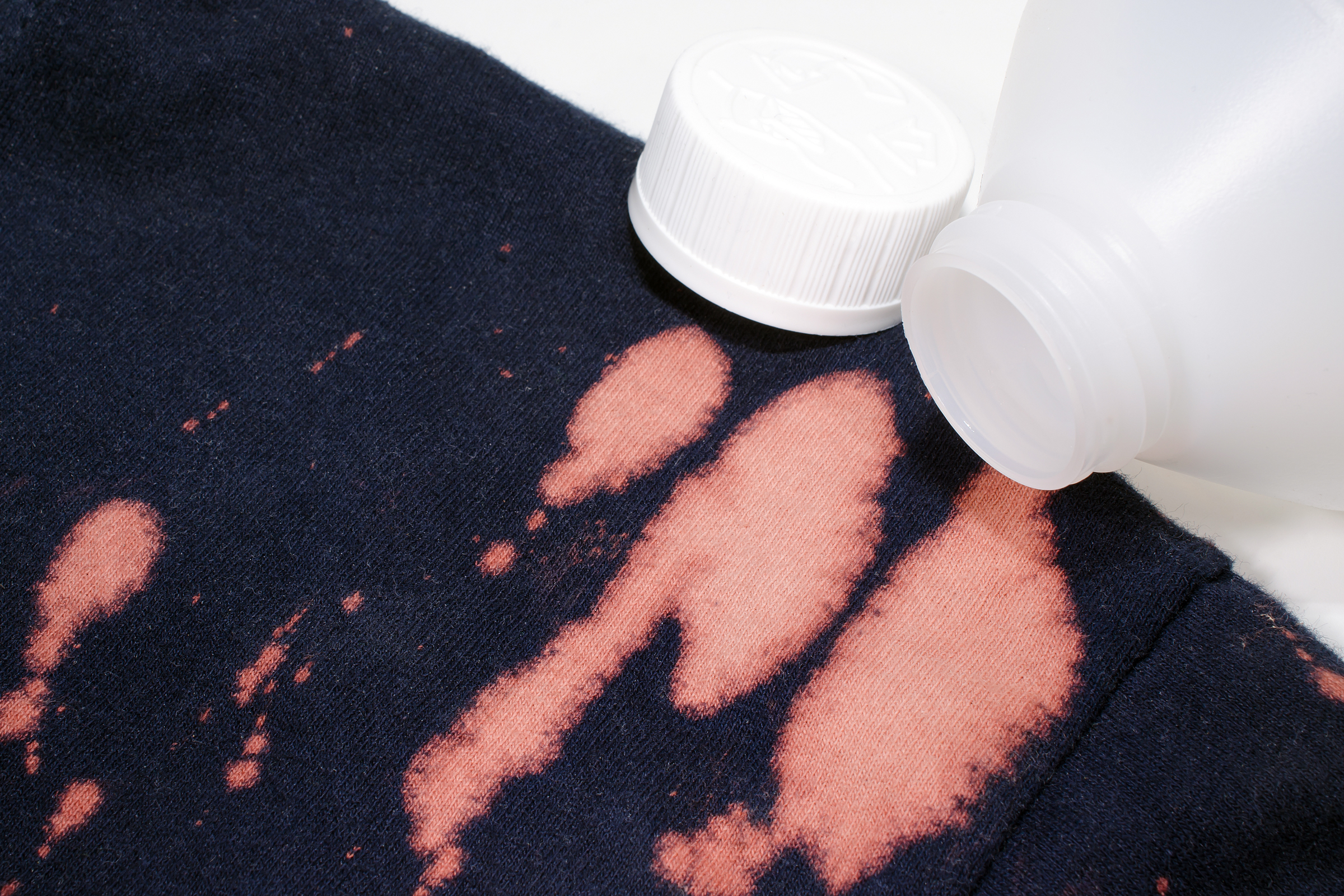 YouTubers Are Advocating for Drinking Bleach to Cure Autism

Will the Internet's War on Anti-Vaxxers Work?

In response to Maza’s complaints, YouTube tweeted that while the platform takes “allegations of harassment very seriously,” it would not be taking action against Crowder because “the videos as posted don’t violate our policies.” (YouTube’s user policy prohibits hate speech, which it defines as “racial, ethnic, religious, or other slurs where the primary purpose is to promote hatred” or “stereotypes that incite or promote hatred based on any of the attributes noted above.”)

Many commenters were infuriated by YouTube’s decision, with some accusing the platform of prioritizing the right to free speech over protecting its LGBTQ content creators, many of whom are among the more popular influencers on the platform.

“The line between comedy and cruelty has been drawn really thin recently. Harassment hidden under a vail of ‘jokes’ is still harassment,” Connor Franta, a hugely popular LGBTQ vlogger with more than 5.5 million subscribers, told Rolling Stone. “YouTube has a clear, anti-cyberbullying policy, so if someone is clearly breaking their rules, they MUST do something about it. Steven Crowder has shown time and time again his hateful bigotry is specifically targeted towards people in minority groups. It is wrong, deplorable and should not be tolerated.”

Other hugely popular LGBTQ YouTubers tweeted in support of Maza, such as Tyler Oakley, a YouTuber with more than 7.4 million subscribers.

In an interview with Rolling Stone, Maza said he had heard from marginalized YouTubers across the board that they had been subject to such treatment after reporting harassment on the platform — not just LGBTQ creators, but people of color and women as well. He also pointed out the irony of YouTube failing to take action against Crowder during Pride Month, accusing the platform of profiting financially off its LGBTQ content creators and using them to bolster their image as an LGBTQ-friendly platform, while simultaneously turning a blind eye to homophobic harassment.

“This example is really egregious, but it’s part of a larger problem,” he said. “In basically no cases does YouTube enforce its anti-harassment policy, and marginalized people have to deal with the consequences of that. Especially in the context of Pride Month, there’s a special kind of depravity that is happening here.”

Indeed, this is not the first time that YouTube has garnered criticism for failing to sufficiently address anti-LGBTQ harassment. As the YouTuber Natalie Wynn, a.k.a. Contrapoints, told Rolling Stone, YouTube’s most recent decision is “very much in line” with its treatment of LGBTQ YouTubers over the years, as many prominent LGBTQ YouTubers have accused the platform of demonetizing them or age-gating their content. As recently as last year, trans content creator Chase Ross claimed that YouTube had demonetized his videos simply for containing the terms “trans” or “transgender” in the titles, and that some of his videos were running with advertisements from anti-LGBTQ groups. (In response to these claims, YouTube denied that keywords like “trans” or “transgender” triggered the demonetization, and vowed that it would try to improve its policies on offensive advertisements moving forward.)

“Basically it’s something YouTube has put in as a caution against adult content,” said Wynn. “But when you decide that ‘lesbian’ and ‘transgender’ are adult, you’ve essentially blocked us from monetizing our content.”

There’s also the issue of YouTube essentially trying to straddle the line between protecting the right to “free speech” and the right of content creators to work on the platform free from harassment. Initially, Maza speculated that YouTube’s decision not to take action against Crowder was prompted by two factors: that the platform was “terrified of the backlash it will get from the conservative echo chamber,” citing the widely held belief among right-wing extremists that big tech platforms like Google and Facebook harbor an anti-conservative bias; and that YouTube did not want to take action against Crowder because it would also have to take action against many of his alt-right peers, such as Lauren Southern and Stefan Molyneux, who have garnered large audiences on the platform. The problem of curbing hate speech, Maza said, “is now bigger than YouTube wants to manage. It’s a logistical nightmare.”

Ash Hardell, a YouTuber with more than 620,000 subscribers, agreed, telling Rolling Stone that they empathized with Maza, citing an instance in which another YouTuber doxxed them and the video was promoted by YouTube’s algorithm. Hardell — who uses the pronouns “they” and “them” — said YouTube’s algorithm promoted content like Crowder’s, which they said “absolutely rewards conflict and harassment with clicks, views, and money.” They, too, speculated that the platform was trying to avoid being accused of anti-conservative bias by refusing to crack down on Crowder.

“Making your harassment policy more specific and clarifying it and actually enforcing it doesn’t actually affect conservative people,” they said. “Anybody can harass anybody.”

Not every LGBTQ YouTuber, however, agreed that the video sharing site was in the wrong. In an email to Rolling Stone, Arend Richard, who went by TheGayStoner before YouTube scrubbed his channel, said that while he sympathizes with Maza, “as a member of the LGBTQ community and openly gay man” who has frequently been subjected to homophobic comments on social media, he believes that YouTube made the right call in not taking action against Crowder.

“Under no circumstance do I support hate speech or harassment of any kind. However, censorship is a tricky matter on open platforms and I do not believe it is the responsibility of YouTube to remove Crowders content,” he said. “Is it wrong for Steven Crowder to make stupid gay jokes to pander to his audience for a cheap laugh? Yes. Does Carlos have a right to call Crowder out on these childish comments? Yes. Does YouTube have the right to censor that content because people want them to? No.

“When a large mainstream platform like YouTube overextends its control of what we can view and see, it becomes an issue of losing free speech,” he added.

Since its tweets to Maza last night, YouTube has since backtracked on its stance, sending a statement to Rolling Stone announcing that it had decided to demonetize Crowder “because a pattern of egregious actions has harmed the broader community and is against our YouTube Partner Program policies,” directing Rolling Stone to a 2018 blog post on preventing harm to the broader YouTube community. But Maza does not believe that demonetizing Crowder is sufficient punishment for spearheading a targeted campaign against him, tweeting along with a link to a story about the demonetization of Ross, “For the record, demonetizing Crowder means that YouTube now treats anti-LGBT harassment the same way it treats pro-LGBT content. Bonkers.”

YouTube’s tweets about the update were widely mocked on Twitter, with a tweet about Crowder being able to monetize his channel again if he removed a link to his T-shirts attracting particular ire. The company’s back-and-forth regarding its position on Crowder, Wynn said, seemed like a clear attempt on behalf of the platform to try to have its cake and eat it too. “They’re trying to appease everyone, and in doing so they’ll appease no one,” she said. “It’s because they’re trying to find some middle ground, when there is no middle ground that will make people happy. At some point, they’re going to have to take a side.”

Ultimately, Maza hopes his story will serve as a wakeup call to LGBTQ content creators, many of whom are in the awkward position of being financially dependent on a platform that has arguably turned a blind eye to their poor treatment. For this reason, many LGBTQ influencers may be reluctant to take a public stance against YouTube; indeed, though Rolling Stone reached out to nearly 20 LGBTQ YouTubers while reporting this piece, only a small handful responded to requests for comment.

Maza is optimistic that this will change, though it would require creators with larger platforms coming out and putting pressure on YouTube to take a firmer stance against harassment and hate speech. “I hope queer people realize that YouTube is not your friend. They’re exploiting you,” he said, adding that he hoped LGBT creators and creators of color would “stop kissing the ring” of those with any power at the platform. “When YouTube asks you to show up in promotional materials or corporate branding, say no. Stop letting them use you in the pitch they make to advertisers and reporters.” In his statement, Franta said: “LGBTQ+ people have historically made change through community, so our power comes from our numbers. I will continue to publicly and privately use my voice to fight injustices such as this and push for YouTube to uphold the policy put forward or reform it.”

He specified to Rolling Stone that he was not calling for a boycott, nor would that necessarily be feasible for the many content creators who make their living on the platform. But he said that he wanted to see YouTube more strictly enforce its existing anti-harassment and hate speech policies, rather than relying on loopholes that allow such content to thrive: “Be the company you claim to be when you change your avatar to a flag on Pride Month,” he says. “It’s not that difficult.”