The duo, who appear to live out of suitcases and hotel rooms as they jet around the world on relentless promo tours, were spotted arriving separately at exclusive private members club Annabel’s.

Not only does membership cost a £2,750-a-year, but applicants must be put forward by an existing member and “vetted” by the membership committee.

The Mayfair haunt, which is reported to have a 4,500-strong waiting list, were hosting a Quiz Night with Jimmy Carr.

Dressed to impress, Rita, 28, dazzled as she slipped into a stunning custom bronze skirt and top combo.

Made up of metallic animal print, the outfit glistened as the Let You Love Me songstress arrived at the bash thanks to a throng of paparazzi waiting outside.

The backless design allowed Rita to flash the flesh while keeping her modesty firmly intact.

Accentuating her killer pins, the starlet opted for a pair of jewel-encrusted heels.

She completed her look by letting her blonde locks flow freely past her shoulders. 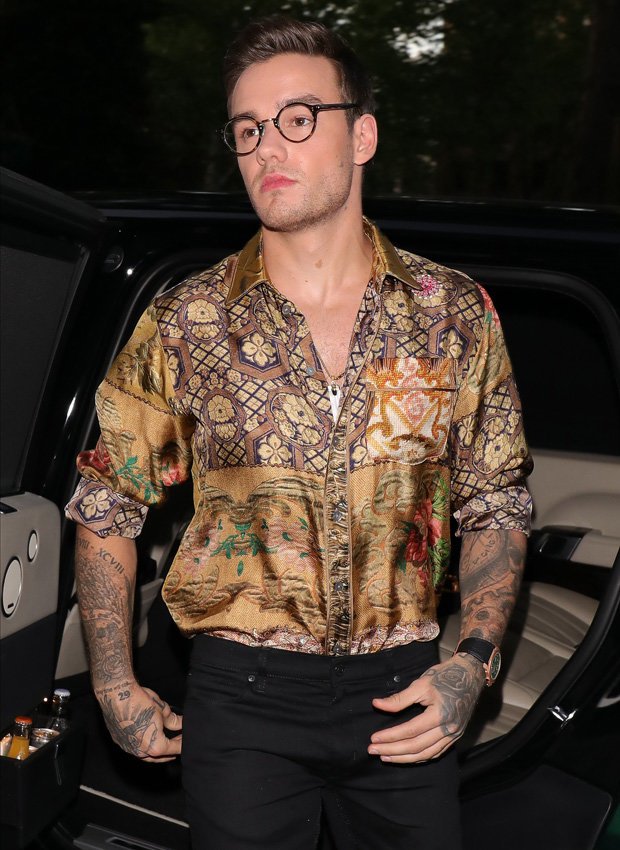 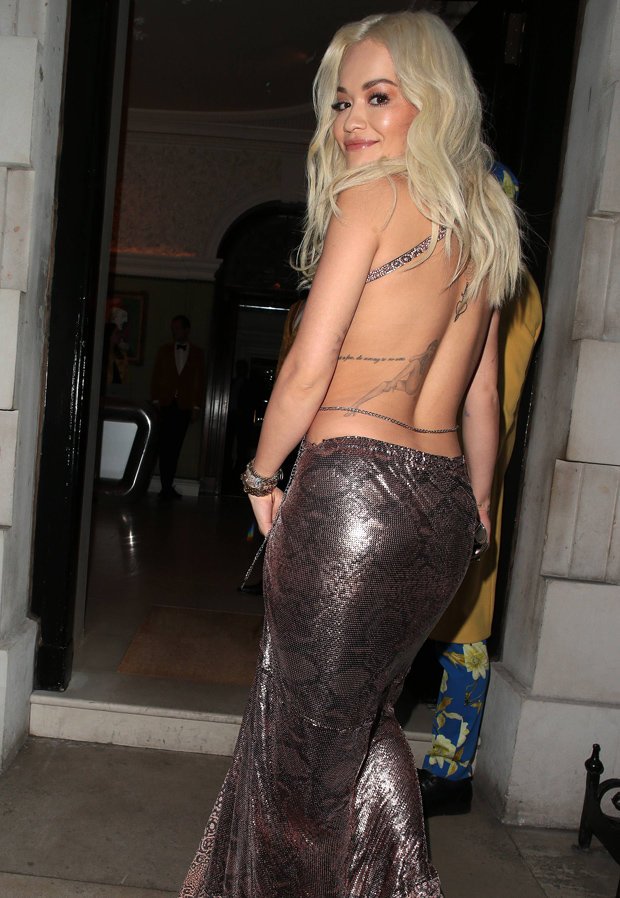 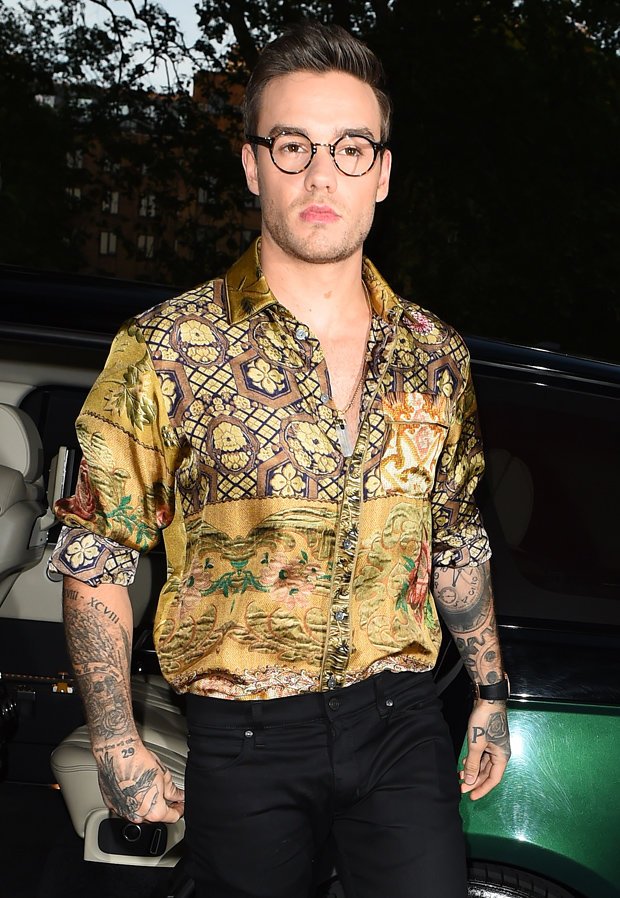 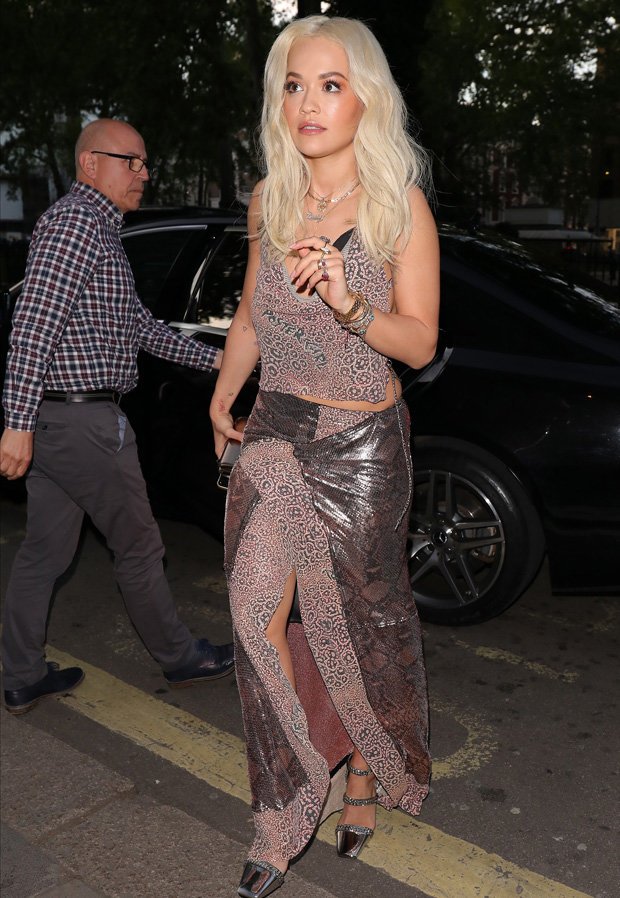 Meanwhile, Liam Payne, who has just been announced as the first ever brand ambassador for Hugo Boss’s HUGO range, opted for a statement shirt and black jeans.

Appearing to take after his former mentor Simon Cowell, Liam, 25, unbuttoned the shirt halfway to allow him to flash a golden pendant.

Once inside the club, Liam and Rita sat with Vogue’s Editor-in-Chief Edward Enninful and Madonna’s manager Guy Oseary. 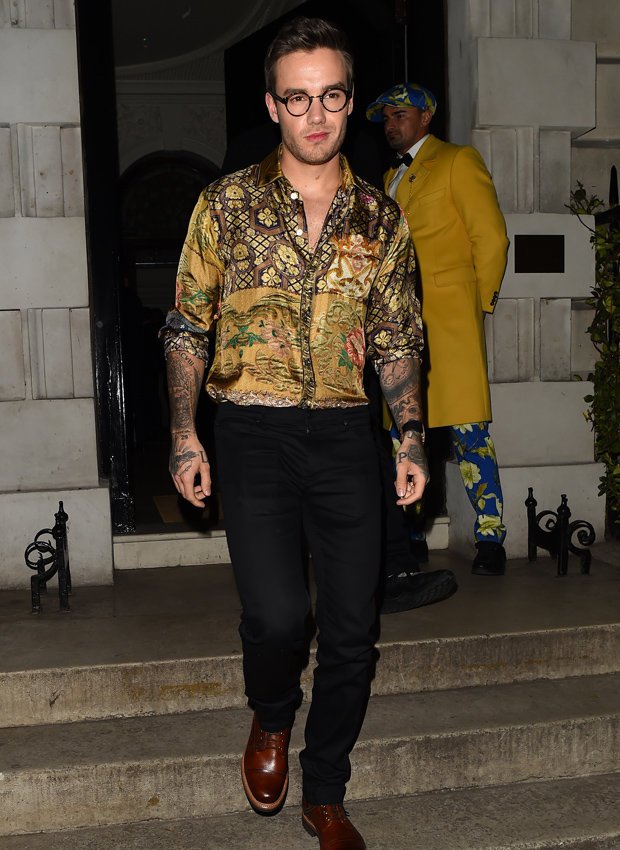 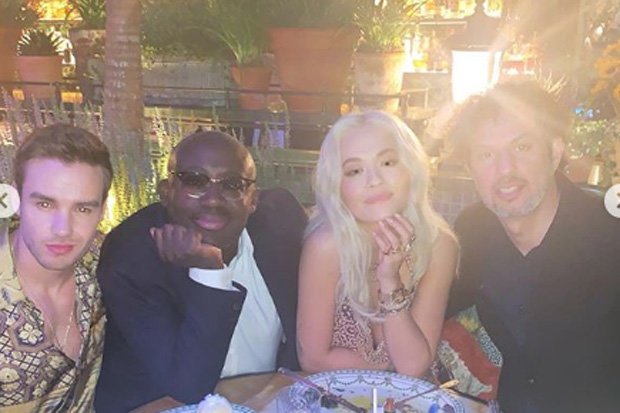 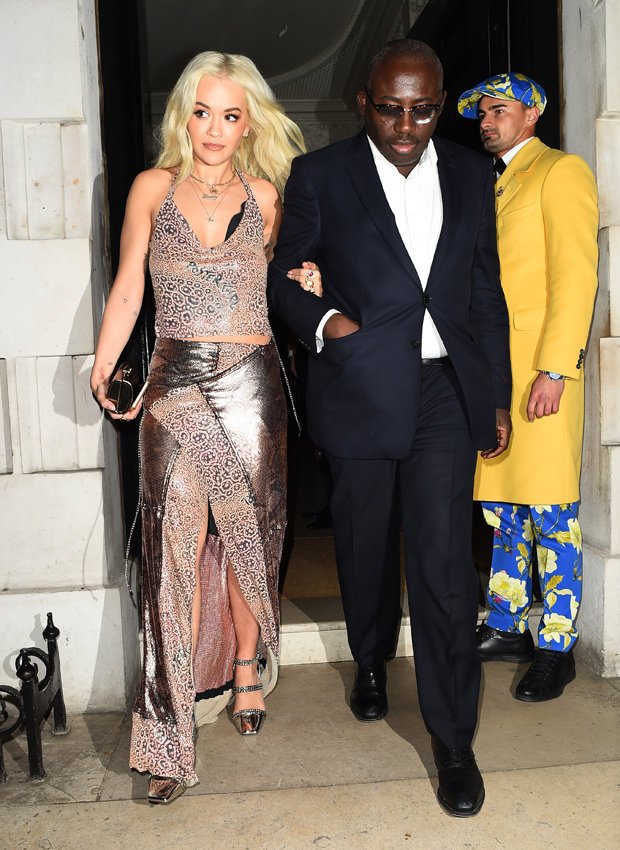 Rita is just days away from kicking off the UK leg of her Phoenix World Tour.

The starlet will kick off her first ever arena tour in Cardiff on May 21 before playing a host of dates up and down the country.

Rita will bring the show to London on May 24 for her debut headline gig at London’s iconic O2 Arena.