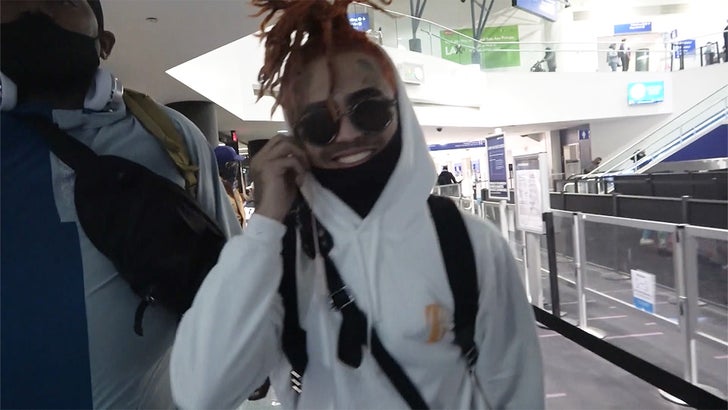 Lil Pump still doesn’t buy there’s a pandemic and still refuses to wear a face mask — but after JetBlue banned him, he’s still flying commercial. What could go wrong?

Pump was at LAX Tuesday night getting ready to board a flight. Interestingly, he hopped out of a van without a mask … which, of course, is mandatory at at LAX as COVID-19 cases surge in L.A., the new epicenter of the pandemic.

A photog immediately asked him if he’s still gonna go maskless … after the JetBlue incident. You’ll recall, Pump got banned upon landing in L.A. because the airline says he gave crew members a hard time and refused to put on a mask during the flight.

Well, the rapper was flying Delta this time … but watch the video, it doesn’t seem like it’s gonna go much better. Pump flat out says he doesn’t even believe COVID-19 is a real thing — and although he did pull up a covering over his face as he walked through LAX … he’s not even trying to wear it correctly. 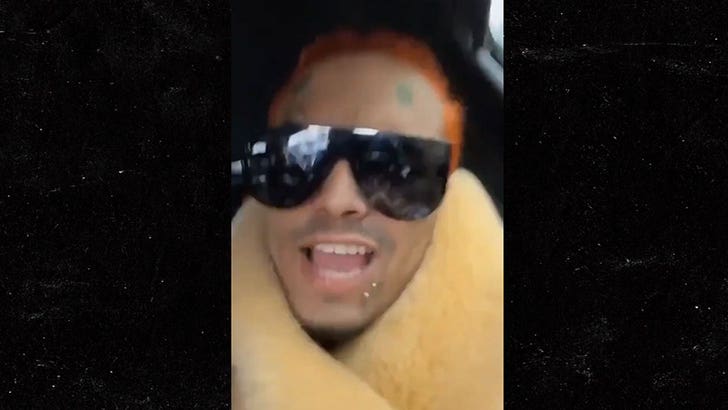 You’ll recall … after the JetBlue incident, he raged out and said he would NEVER wear a face mask.

Ya gotta wonder how the folks, especially the crew, aboard his Delta flight felt when they saw him get onboard.

Fly at your own risk these days, folks.