Lily Allen is getting candid about her decades-long battle with substance abuse.

The pop star reflected on her complicated relationship with drugs and alcohol in a raw interview on The Recovery podcast, revealing that her addictions could be traced back to her childhood. The Smile hitmaker admitted she didn’t have the easiest upbringing, telling host DJ Fat Tony that her parents “weren’t really around a lot” when she was young.

Allen explained her ‘rents split when she was four years old, and her father left. After a few years, she moved with her mom to another part of London, where she was left to her own devices. She explained:

“When I think of my childhood, I don’t see my mom and dad in it. Like, they weren’t really around a lot. It was more about my friends.”

The now-35-year-old started drinking at an early age when she attended boarding school. Although Lily didn’t particularly like the feeling of being drunk, she confessed to liking the attention she received in party environments.

“I think I became addicted or co-dependent at that point, because I started getting my value from attention of others and that is something that has played out until relatively recently really.”

The starlet dropped out of school and started uploading music to MySpace, which ultimately kicked off her career. At 21, Lily released her debut album and received a Grammy nomination, yet she was still dissatisfied. She mused:

“All I wanted was affirmation and praise and I didn’t even really get it then. I got it from strangers, but I didn’t really get it from the people I wanted it from. In fact, I was kind of met with a bit of resentment from those people. Taking responsibility for my own actions, you know, I definitely like buried my head in drugs and alcohol, but I was really sad.”

To make matters worse, the press ate Lily alive at the time. She recalled papers writing comments like, “you’re too fat” and “you can’t sing” — which naturally fanned the flames of her addiction. She added:

“Of course, you know, when you’re waking up to that news every day, you just want to escape it. And I very much used drugs and alcohol as a means of escaping that feeling… I would spend my days, like, beating myself up and believing all of this stuff that was being written about me, and then I would, like, spend my nights proving it wrong in a hotel room with five other addicts.”

Allen experienced more chaos and suffering during her marriage to Sam Cooper, whom she wed at 24 years old. The two were heartbroken after the stillbirth of their son George, but went on to welcome two daughters, Ethel, 9, and Marnie, 8.

More drama came after their youngest was born, however, as Allen and Cooper had run “out of money” — so the singer was forced to head back on tour, and ultimately needed drugs to help her get through it. She remembered:

“I was 14 stones and just did not feel like a pop star at all. So, I started taking this drug called Adderall, which is like speed, to lose the weight. And then I got addicted to this drug because it made me sort of, like, invincible and I could work really long hours and be all the different people that I was required to be at the time.”

Allen’s mental health didn’t get any better when she was the supporting act on Miley Cyrus’ 2014 Bangerz Tour. She explained:

“It was a very highly sexualized tour and, you know, I had just spent the last three years pushing babies out. It couldn’t have been less what I felt like. And also, I’d never ever supported someone. So, I was sort of like re-entering this phase of being a pop star again but not doing it on my terms anymore. I was supporting this girl who was much younger and more attractive than I felt.”

This surreal situation caused Lily to start acting out. She shared:

“I started cheating on my husband… I had always really drunk alcohol to take the edge off of the drugs. And then I realized that I was getting up in the morning and just going straight to the minibar and downing those mini vodka bottles or whiskey, whatever was left, and without the drugs anymore. I was like, ‘I think I’ve got a drinking problem.’”

But it wasn’t until one murky night in Los Angeles when Allen realized she needed help. She noted:

“I remember being in LA and thinking like, ‘None of this acting out is working anymore. Maybe I should try heroin.’ …I’d been in a scene where—a scene what happens to, you know, people that use heroin—and knew that when that thought popped into my head it was time to confront whatever it was, confront my demons. That was about five years ago. And I started recovery.”

However, Allen didn’t feel truly committed to the treatment program. So six months after starting her recovery journey, she started drinking again — and this time, the results were disastrous. Referencing her 2016 split from Cooper, the songbird shared:

“I lost my marriage; I lost my house that I’d work for 10 years to buy; my career started just sinking and I lost all my friends. I didn’t have any of my friendships anymore. I was so resentful, so angry all the time. Really felt like the world owed me stuff and I got the raw end of the deal. That went on for another four years and then I ended up back in the rooms again.”

When asked what changed the second time, Lily said:

“It’s surrender, you know, more than anything and acceptance and gratitude. I mean, I’m not great at my step work. At the moment, I haven’t got a sponsor. But I do do my gratitude every day. You know, I get up in the morning and I do my gratitude list and I try and do my gratitude list when I go to bed as well every night. And I feel like that really keeps me in check—as well as meetings, going to meetings regularly.”

Fortunately, Allen is now sober and has a “great relationship” with her kids. She’s also in a healthy relationship with her husband David Harbour, who had dealt with his own demons in the past.

She said of her hubby:

“He’s sober, has been sober for 20 years now. We’re thinking about what we’re going to do with the rest of our lives.”

While her battle with addiction may be life-long, Allen says she now has the clarity and strength to take it on, concluding:

“I don’t have as much as I had then in terms of success and wealth, but I have success and health in my mind, which is more valuable I think.”

We couldn’t agree more, and applaud the star for being so open and honest about her struggles. Hopefully her story inspires others battling addiction to get the help they need. 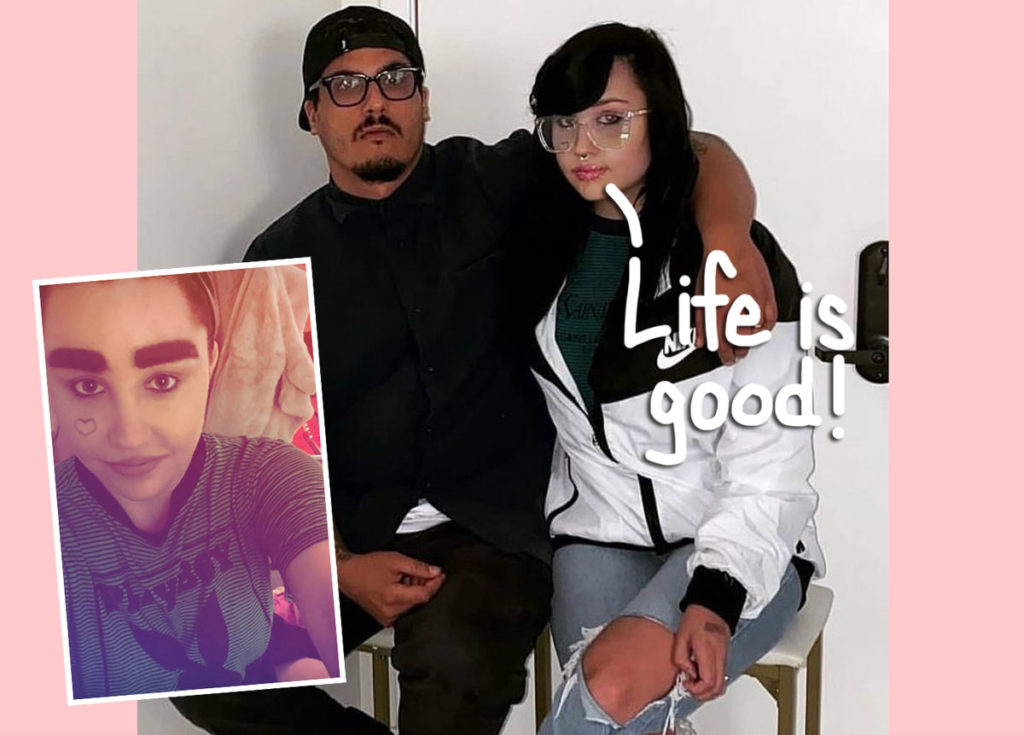 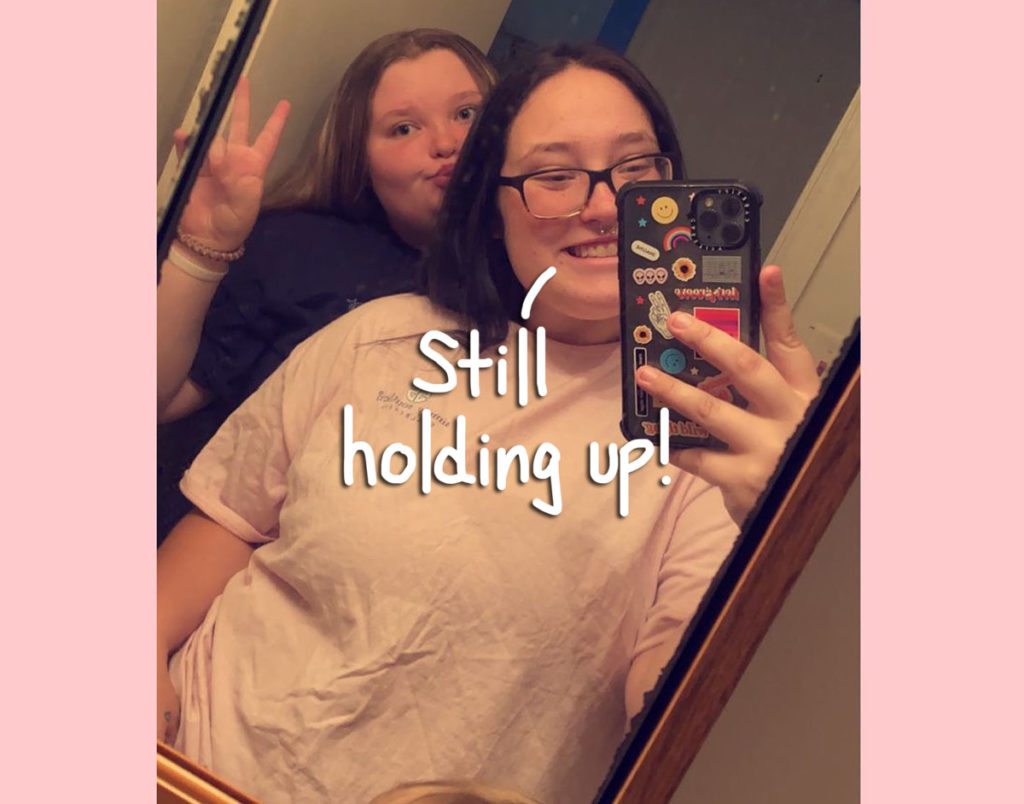 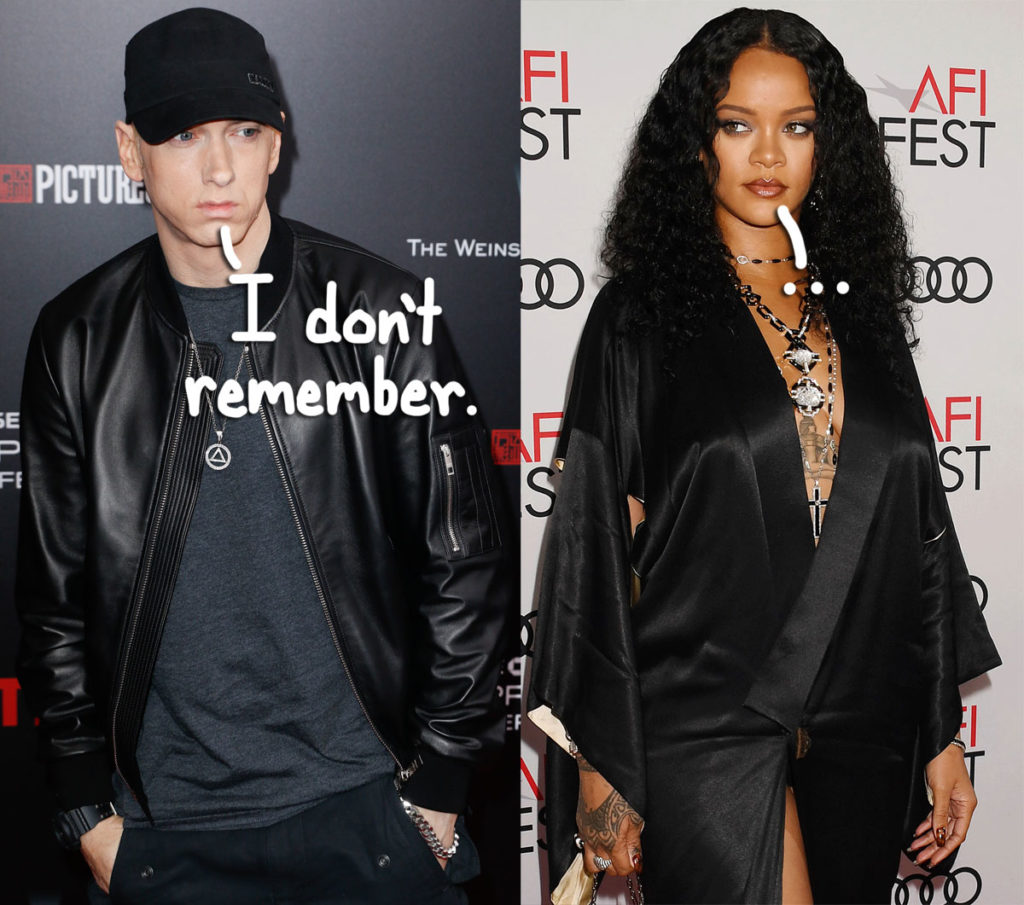 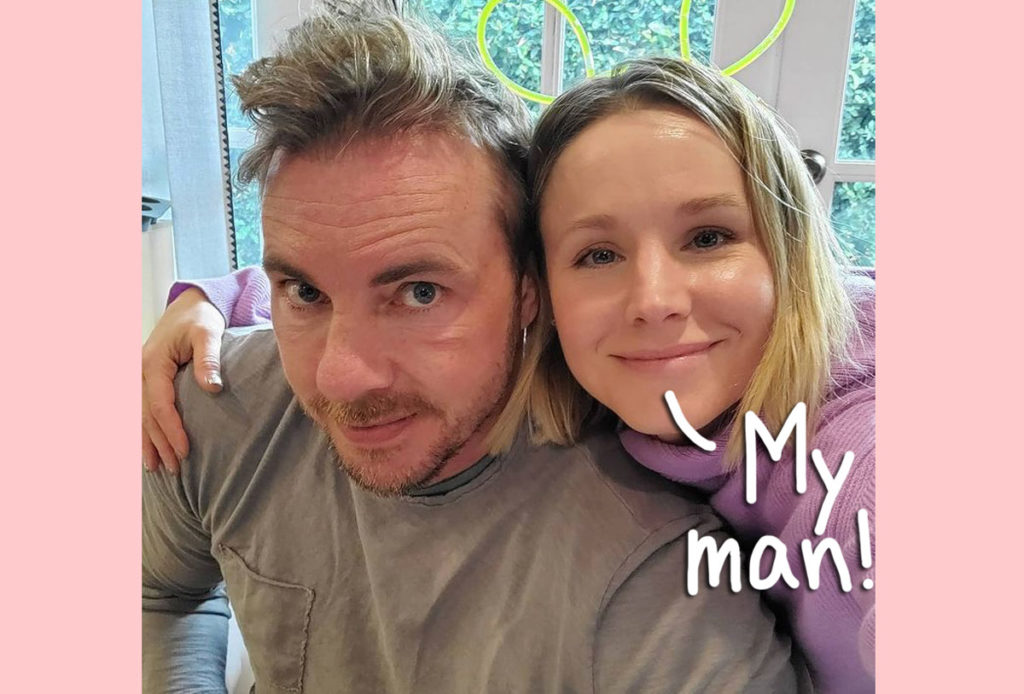