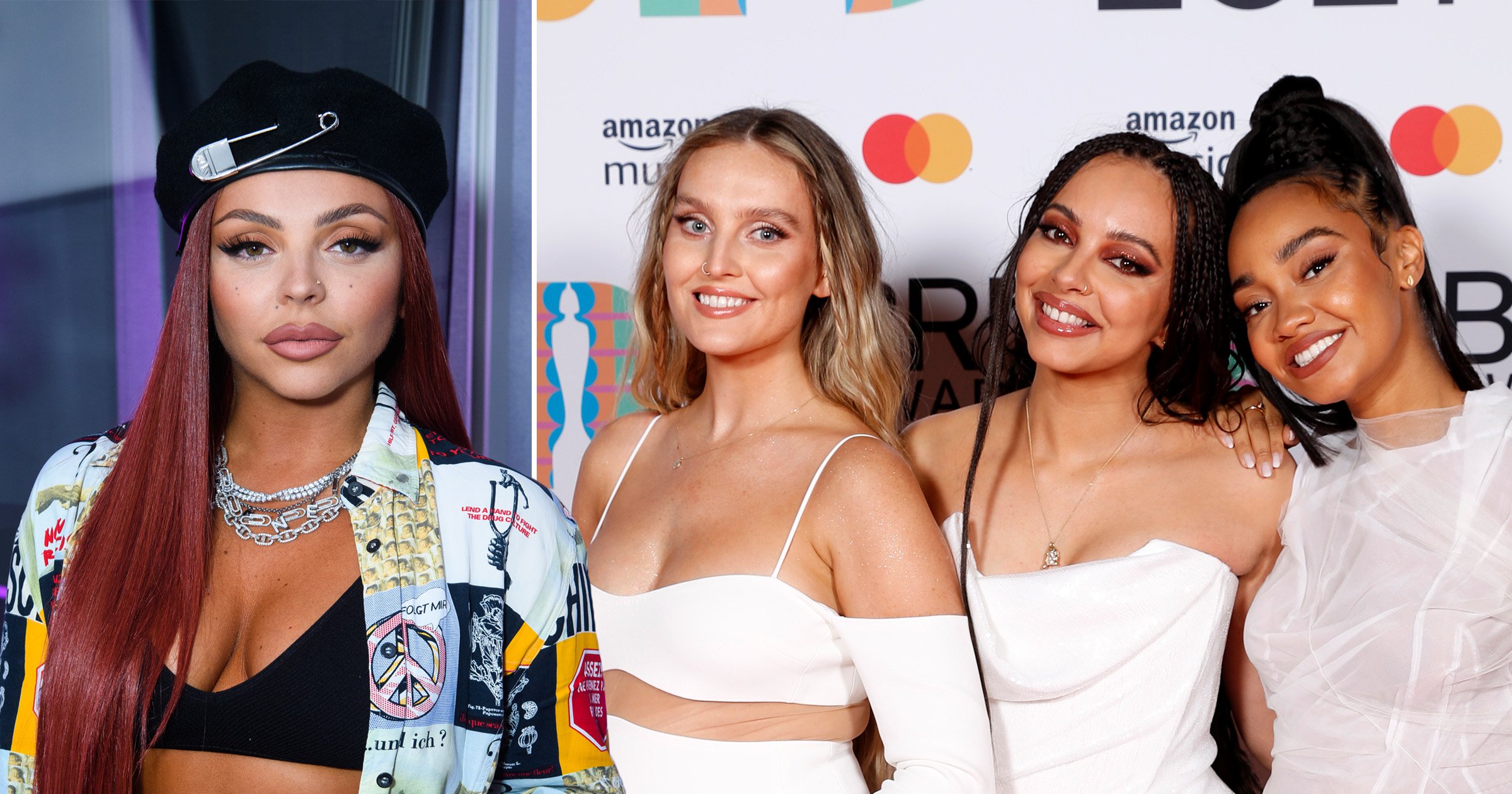 The singer, who left the group last December, has been accused of altering her appearance to make herself appear Black, or racially ambiguous – something she has denied.

She was recently met with backlash over her appearance in the music video for debut single Boyz, which was released earlier this month.

Speaking over the reaction for the first time, the Shout Out To My Ex singers have now shared that they approached her about the way she presented herself before she left the group, but were adamant that they don’t want to ‘dwell’ on the drama.

‘We don’t really want to dwell, because we have so much to celebrate as a three,’ Jade told Stella magazine in a joint interview with Leigh-Anne and Perrie Edwards.

‘We’ve dealt with it in the best way that we know how, and got each other through it. We don’t want to talk about the video, or be critical, but one thing we will clarify regarding the blackfishing situation is that Jesy was approached by the group in a very friendly, educational manner.’

‘Capitalising on aspects of blackness without having to endure the daily realities of the black experience is problematic and harmful to people of colour,’ Leigh-Anne added.

‘We think it’s absolutely not OK to use harmful stereotypes. There’s so much to say on that subject that it’s hard to sum up in a sound bite.’

Tensions came to a head between Jesy and her former bandmates earlier this month, when she took part in an Instagram Live chat with Boyz collaborator Nicki Minaj.

Talk turned to the blackfishing backlash the now-solo star had received, when the US rapper appeared to call Leigh-Anne a ‘clown’ for not sticking up for her pal over the fury, with the singer visibly giggling at her comments.

Jesy later made headlines when she admitted that she is no longer in contact with the trio, but vowed there is ‘no bad blood’ on her part.

Appearing on the Graham Norton show, she told the host: ‘We’re not talking any more. It is sad but honestly there is no bad blood from my side, and I still love them to pieces and genuinely wish them all the best.

‘I loved my time with them, and we’ve got the most incredible memories together but It’s just one of those things which needs to take time, so who knows.

‘To me they are still the ‘sickest’ girl band in the world.’