Louise Redknapp proved there’s no hard feelings between her and ex-husband Jamie as she shared her first snap of him since their divorce. 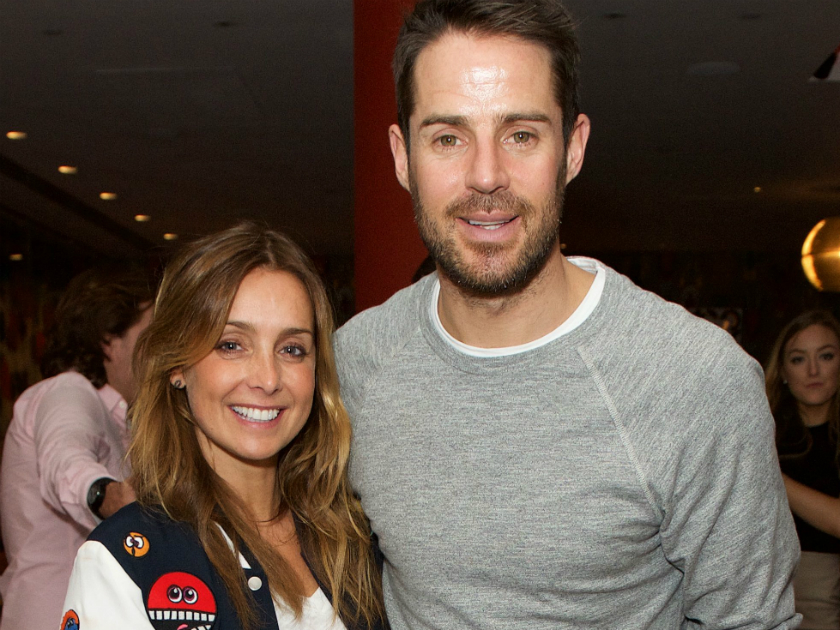 The former Strictly star re-posted a sweet image from Jamie’s Instagram Stories, showing Jamie and their 14-year-old son Charlie at a basketball game in London.

Sharing the snap to her own Insta Stories, Louise gushed: ‘My big boy out with his Dad last night looking so handsome’. 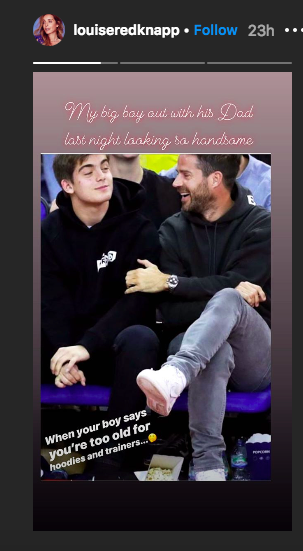 However, judging by Jamie’s own caption on the snap, young Charlie doesn’t seem too impressed with his father’s attire.

Jamie said: ‘When you boy says you’re too old for hoodies and trainers…’ alongside a confused emoji.

This is the first time Louise has mentioned her ex-husband on social media since filing for divorce in 2017 after 19 years of marriage.

The singer admitted at the time that she ‘lost herself’ in her marriage but finally found the confidence to relaunch her career and be something other than a ‘Stepford Wife’ following her successful stint on Strictly Come Dancing in 2016.

‘I lost myself. It happens to a lot of women when they get married and have children,’ she previously confessed. 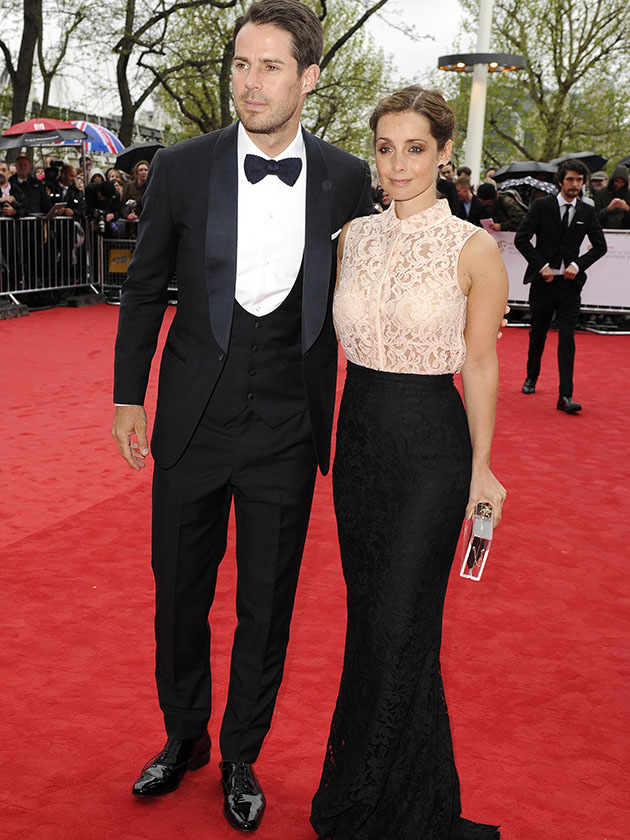 ‘Looking after my family was my reality. I became a sort of Stepford Wife, wanting to be perfect at it.’

Meanwhile, Louise is on the mend after having 10 stitches in her chin following a nasty fall recently.

The former Strictly Come Dancing finalist was rushed to hospital following the accident, which left her with deep cuts and a broken wrist.

Unfortunately, this means the 44-year-old has also been forced to pull out of the new Dolly Parton musical 9 to 5 she’s currently rehearsing for.

Taking to Instagram to share a photo of her painful-looking injuries from a hospital bed, the mum-of-two admitted she’s ‘heartbroken’ to be missing out on the opening West End performances.