An upset bride on the morning of her wedding day is never a good sign.

Add to that a frustrated groom who has been hounded by the Australian press for two years and it was clear the intense media scrutiny that has followed Karl Stefanovic and his new bride Jasmine Yarbrough in the lead-up to their much-hyped Mexican wedding finally reached tipping point in the otherwise idyllic resort of Los Cabos. 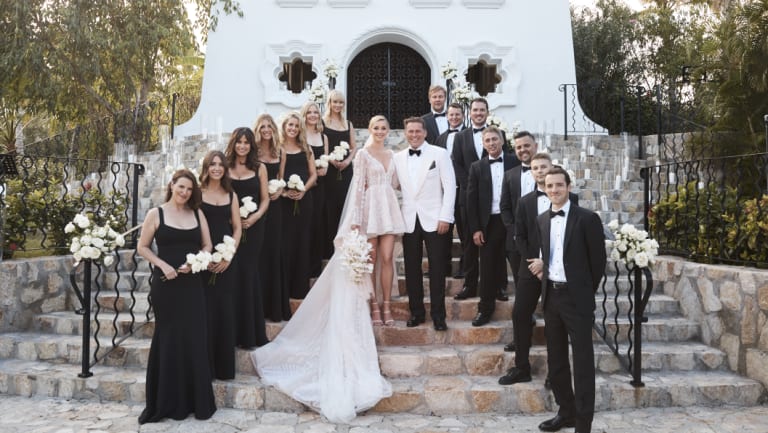 Karl Stefanovic, and Jasmine Yarbrough, were married today at the One & Only Palmilla resort in Cabo Mexico.

Drones rigged with cameras flying overhead, paparazzi lurking in the bushes, hapless Australian reporters checking into hotel suites next to wedding guests only to face eviction after being detected by security, and an Australian media wrestling over any crumbs of information at the behest of furious editors.

It's no wonder Stefanovic's "billionaire bestie" James Packer pulled out of the wedding. For Packer, dealing with his own mental health recovery, such media attention was something he wanted to avoid.

Same for broadcaster Alan Jones, who for many years had been Stefanovic's mentor but just last week told friends he thought the scale and attention generated by the wedding too much. 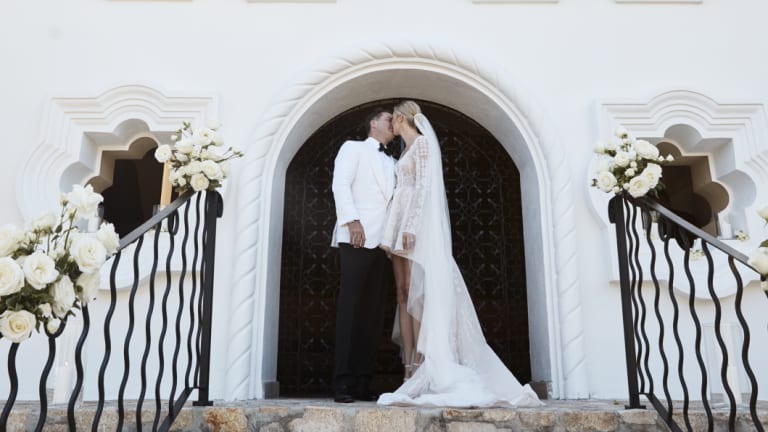 Karl Stefanovic and Jasmine Yarbrough at their wedding ceremony in Mexico.

By Sunday morning Sydney time, "Karl's Big Fat Mexican Wedding" was akin to reporting on a war-zone, complete with friendly fire and masses of interference, subterfuge and propaganda.

But in the end, love won.

An emotional Stefanovic caught a glimpse of his young bride arriving at the quaint chapel around 11.30am before they took their vows in front of 200 friends and family.

It was not the first time he had seen his bride in her dress, unusually posing for media shots with the full wedding party just a couple of hours before the ceremony took place.

But there was nothing usual about any of this wedding. 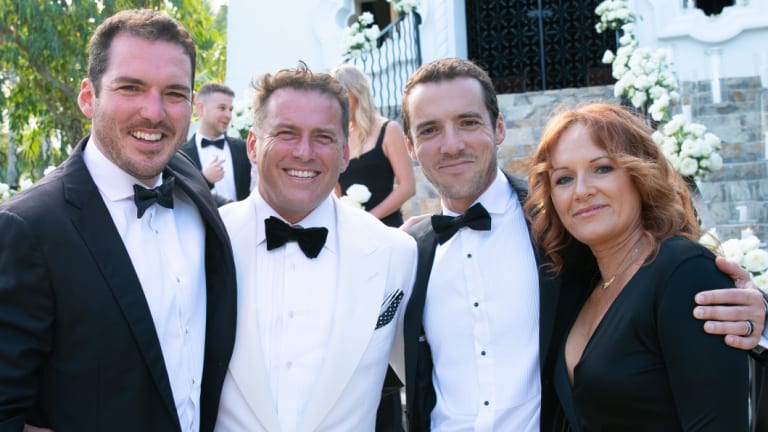 The four-day celebrations, which the couple remains adamant were only ever intended to be a "private, family and friends affair" quickly morphed into a three-ring media circus, reaching its crescendo on Sunday.

Yarbrough made a picture-perfect – albeit leggy – bride, wearing a "blush" tulle mini wedding dress with beaded lace in an Aztec-influenced pattern. It was teamed with a dramatic three-metre-long veil, designed by emerging Australian design Jess Andreatta.

Despite being legally married in secret under Australian law for months, the couple took their vows inside the quaint chapel at the One & Only Resort.

Stefanovic's three children Jackson, Ava and River, from his 21-year-marriage to Cassandra Thorburn, were there. So too were the extended Stefanovic and Yarbrough families, along with a smattering of Channel Nine television personalities, including Richard Wilkins and his uniquely attired son, Christian, who has sported a series of party frocks throughout the celebrations, including a "Dior and Zimmerman" confection for the chapel.

However, back in Sydney such pleasantries had all but evaporated after the Murdoch Press ran a cover story on its Sunday newspaper claiming it had an "exclusive interview" with the newlyweds, replete with quotes with the blushing bride.

The story went down like a lead balloon among Stefanovic's bosses at Channel Nine.

Executives at Nine were unable to travel to Mexico as the wedding clashed with the first day of trading since the TV network merged with the old Fairfax Media company, the publisher of this website, which had not been privy to any official pre-wedding interviews despite becoming bedfellows.

“I am a very loyal person so choosing one person for life is a big thing for me," Yarbrough was quoted as saying of the man to whom she had become a second wife.

“It means having someone by your side while you navigate this crazy, beautiful and sometimes challenging thing called life.”

Yarbrough had given "embargoed" written quotes for a story for Vogue Australia, which is owned by the Murdoch press, which was not planning to run its story on the wedding until next February.

However, Vogue's editor-in-chief Edwina McCann was usurped by her own newspaper siblings.

Though, given what a media debacle much of the wedding had become, with all the best plans laid to ruin in the hunt for a scoop, such antics were par for the course.