The new parents named their son in honor of Culkin’s sister, who died in 2008. “Mother, father and baby are all healthy and happy,” Bega said in a statement.

“We are overjoyed,” the new parents said in the statement. 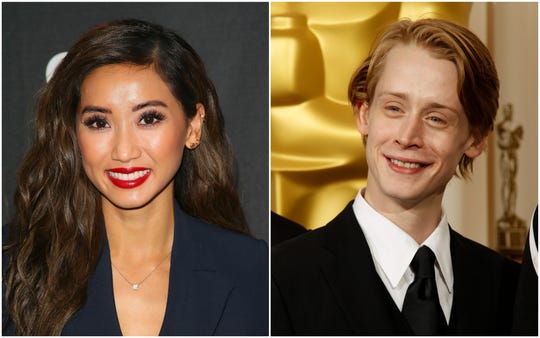 The two starred together in 2019’s “Changeland.” In 2018, Culkin revealed that he was looking forward to being a father during his appearance on the Joe Rogan Experience podcast.

“I’m gonna make some babies,” he said when asked by Rogan if he wanted to have kids. “This one’s a good one, so I’m probably going to put some babies in her in a little bit. I mean, we’ve definitely been practicing.”

He also joked that he and Song would “have some pretty babies.”

“She’s Asian, so I’m gonna have tiny little Asian babies. It’s going to be adorable. A bunch of Sean Lennons running around the house, that’s what I’m looking for.”

Though many of his fans remember the star from his childhood roles, Culkin has been up to a lot since “Home Alone.” He lent his voice to the show “Robot Chicken” from 2005 to 2010. In 2007, he starred in the dark comedy “Sex and Breakfast” and in 2006, he published the experimental, semi-autobiographical novel “Junior.” He also made appearances on “The Jim Gaffigan Show” from 2015 to 2016.

Song is best known for her role as London Tipton in the Disney series “The Suite Life of Zack & Cody” from 2005 to 2008 and also starred in the 2006 Disney movie “Wendy Wu: Homecoming Warrior.” She later appeared in 2010’s “The Social Network” alongside Jesse Eisenberg and Andrew Garfield, and her recent credits include the 2019 Netflix thriller “Secret Obsession” and the 2019 Hulu comedy series “Dollface.”