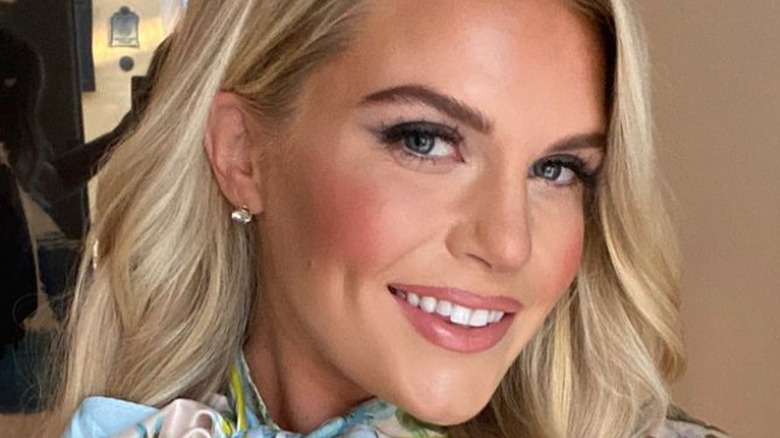 It’s been an eventful couple of days for Madison LeCroy. The 30-year-old “Southern Charm” star went live on Instagram with her pal Kat Velasco on Sunday night, and ended up accidentally exposing herself numerous times while looking a little worse for wear (via Daily Mail). LeCroy and Velasco were seen dancing around the kitchen in the Instagram Live post, after spending the day at a pool party in Charleston, and the pair certainly had a busy time on the livestream, which was jam-packed with drunken antics.

LeCroy was seen jumping on Velasco’s shoulders at one point, mimicking her ex-boyfriend Austen Kroll, who did the same with his famous friend Kristin Cavallari — who he’s been rumored to be dating (via E Online). However, it’s fair to say that LeCroy was probably feeling a little hungover the next morning, as she took to Instagram again to speak out about the events of the night before. 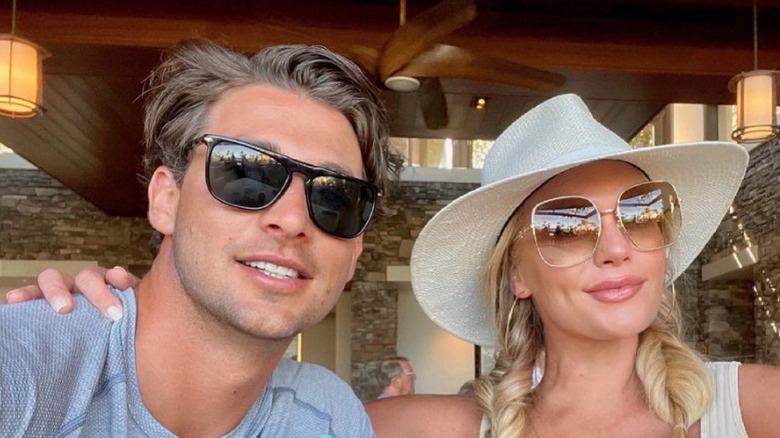 “Yes, I feel awful, embarrassed, drunk still … Last night was not my best and I had a good time, like clearly. I just noticed that my boobs were out all over the Internet,” began Madison LeCroy on Monday morning, acknowledging that she showed more than she intended while on Instagram Live (via People).

She didn’t apologize for it, however, as she continued: “But hey, is that the first time you’ve ever seen some t*ts before? Like give me a break y’all. I got drunk, I got sloppy, like forget about it. Why are you so worried? It’s my life.”

Per People, fan accounts reshared some of the footage from the Instagram Live, and the “Southern Charm” star posted some comments in reply. “Sometimes it be like that … Never drinking again,” she joked to the Best of Bravo fan account. It was confirmed earlier this month that LeCroy is currently in a new relationship, and while her man has appeared on her Instagram, he wasn’t in Sunday’s footage.